She has been “canceled” following her cyberbullying scandal. And if there’s one lesson she has learned from the controversy, it’s to stay out of other people’s issues.

Just recently, TMZ caught up with the 35-year-old cookbook author, who told them: “I have decided I’m not getting involved in anyone’s sh*t ever again.”

When asked how long she’s going to be in the “cancel club,” Chrissy Teigen said: “I don’t know, it could be forever. I have no idea.” 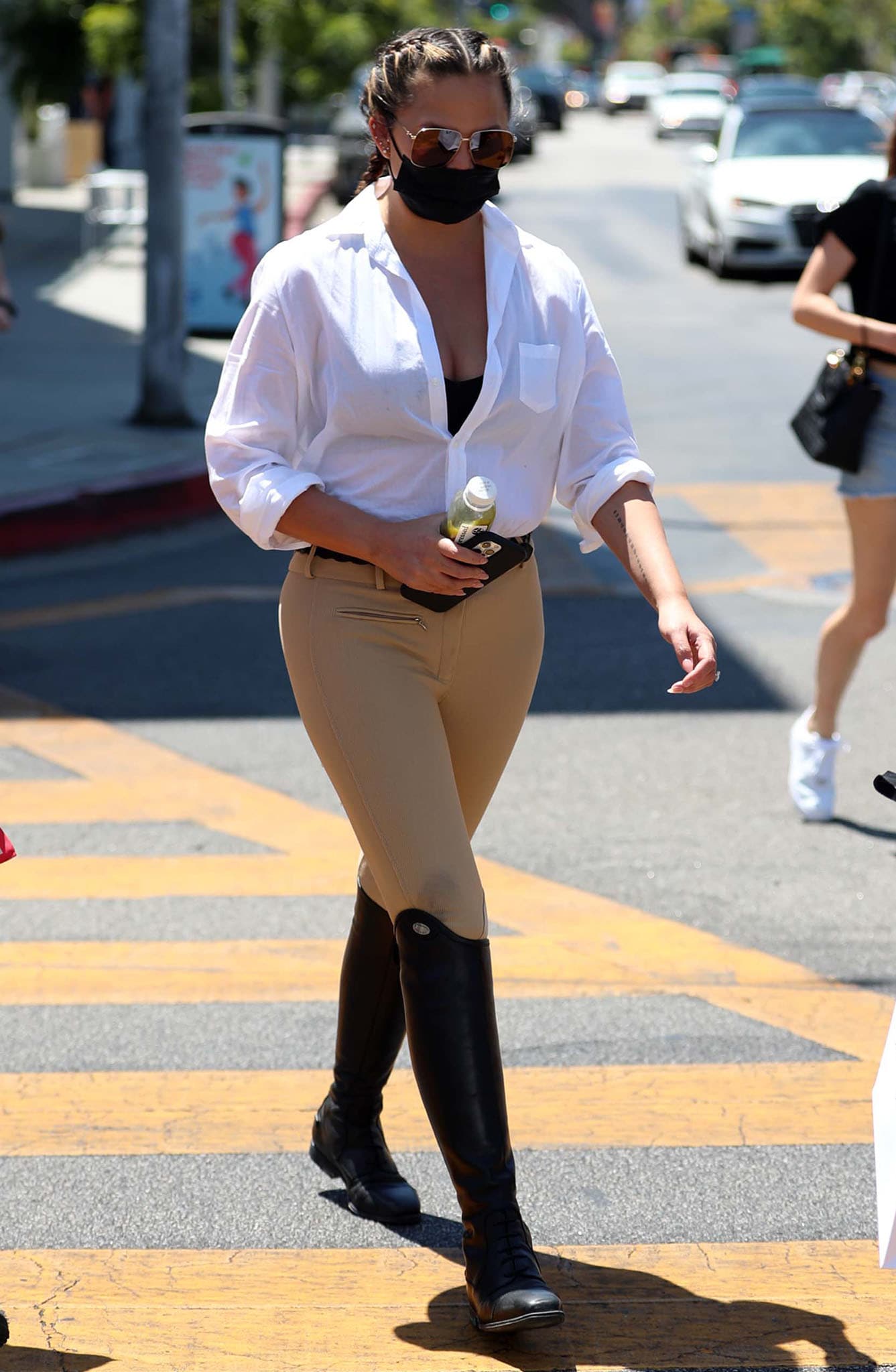 Chrissy Teigen says she might be in the cancel club forever as she picks up her daughter Luna from school on July 20, 2021 (Credit: Mega / WENN)

Looking unbothered, John Legend’s wife added: “All I can do is live my life and take care of my kids and family. Everyone else can make their choice.”

During the said sighting, Chrissy appeared all set for a horseback ride as she brought her equestrian style out on her way to pick up her daughter Luna from school.

The mom-of-two wore a Frank & Eileen white button-down shirt, which you can get for $228 at Shopbop. Featuring a collared neck with long sleeves and a patch breast pocket, Chrissy left several buttons undone to reveal a hint of her black sports bra and cleavage.

She then tucked her crinkled poplin shirt into a pair of $45 Tuffrider stretchy ribbed pants, which highlighted her incredible figure. 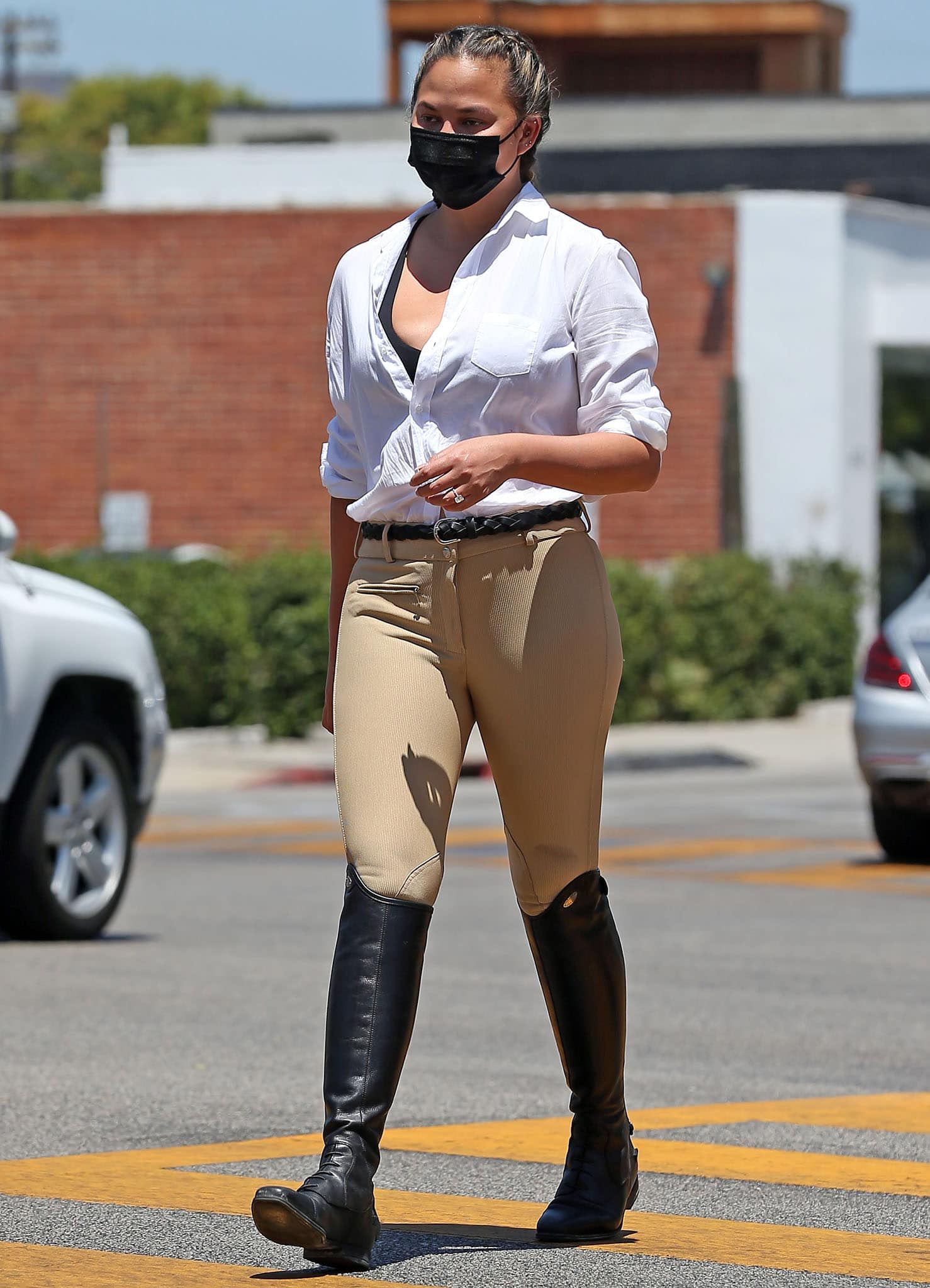 Made from superior quality calfskin leather, this knee-high boot is equipped with shock-absorbing technology on the heel to ensure a more controlled ride. 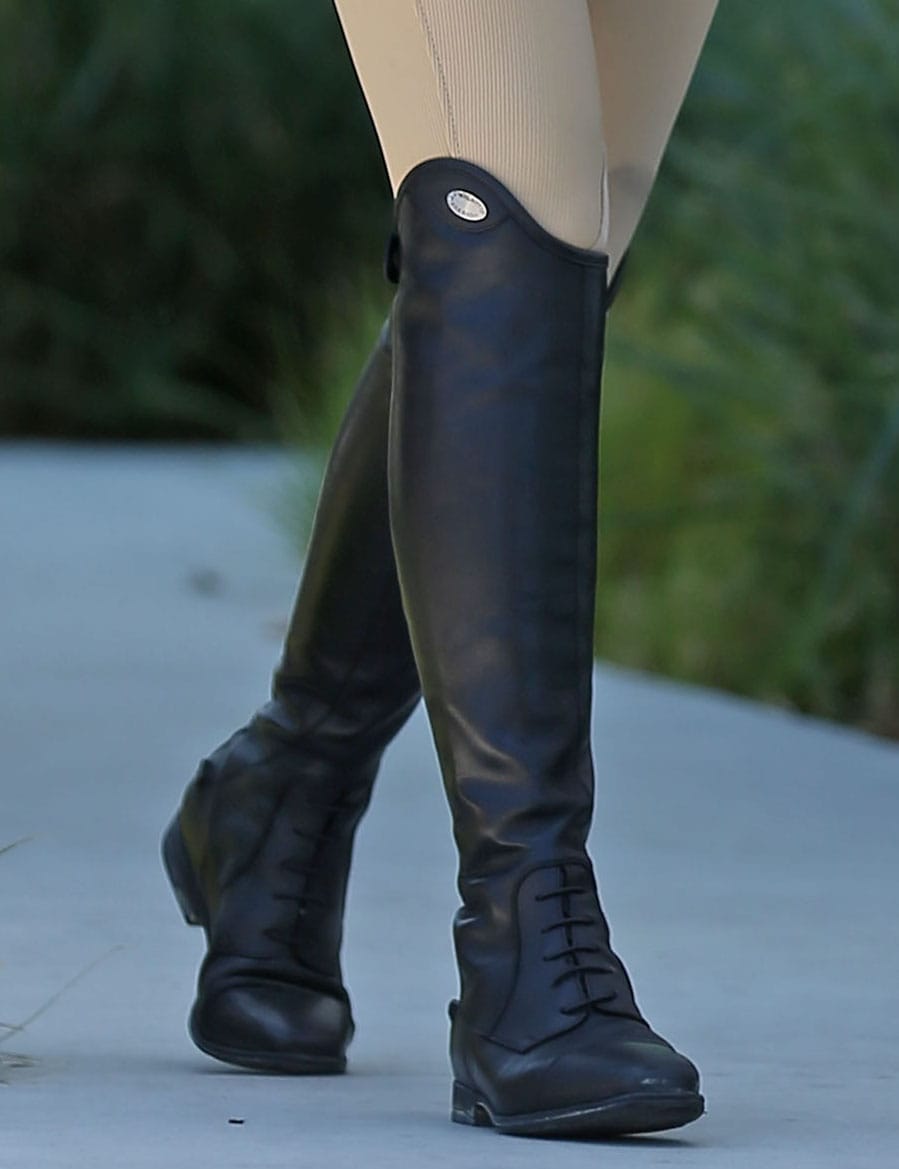 It’s lined with buffalo leather for comfort and durability and has a compact square toe and a sole made from a mixture of rubber and latex for flexibility. 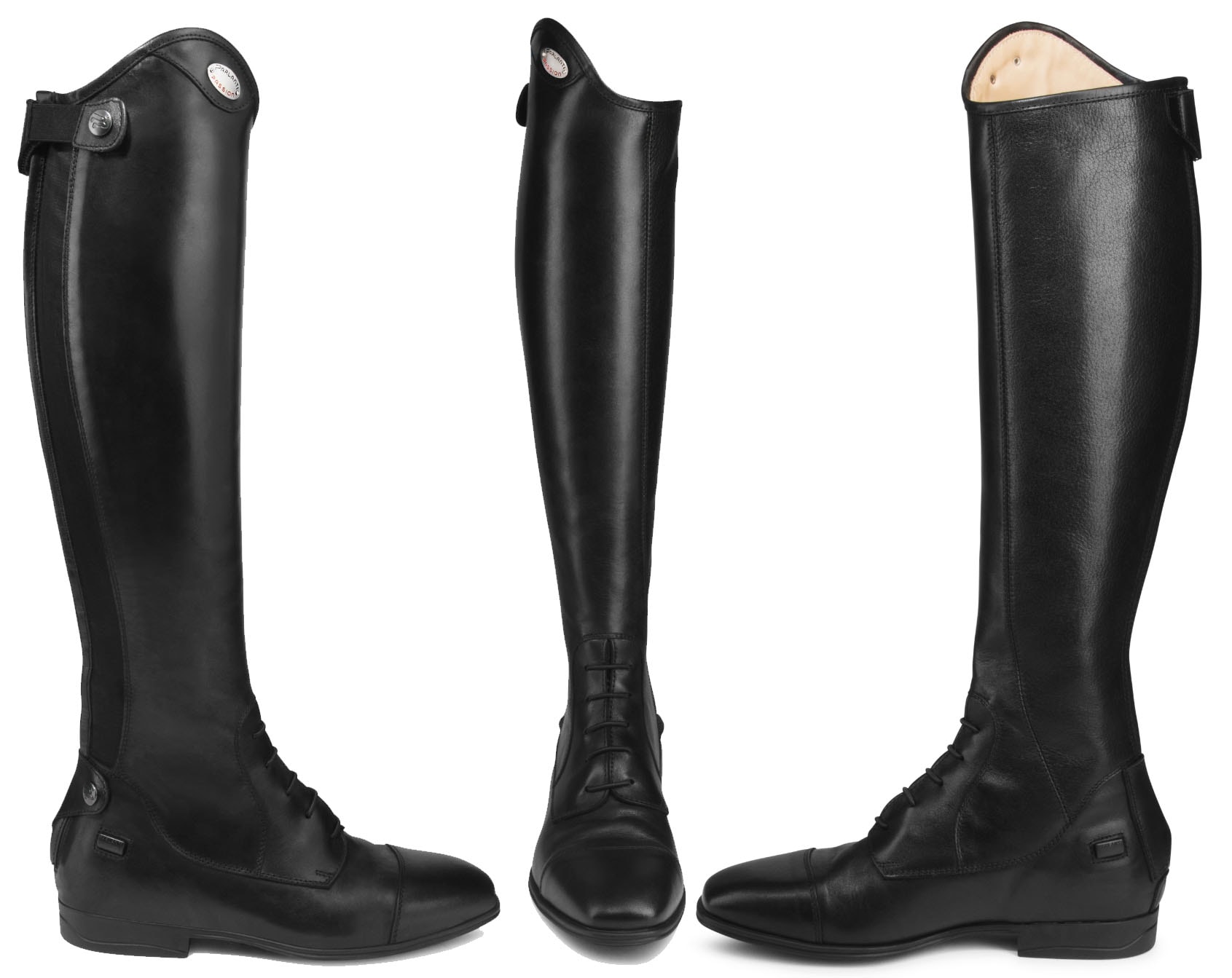 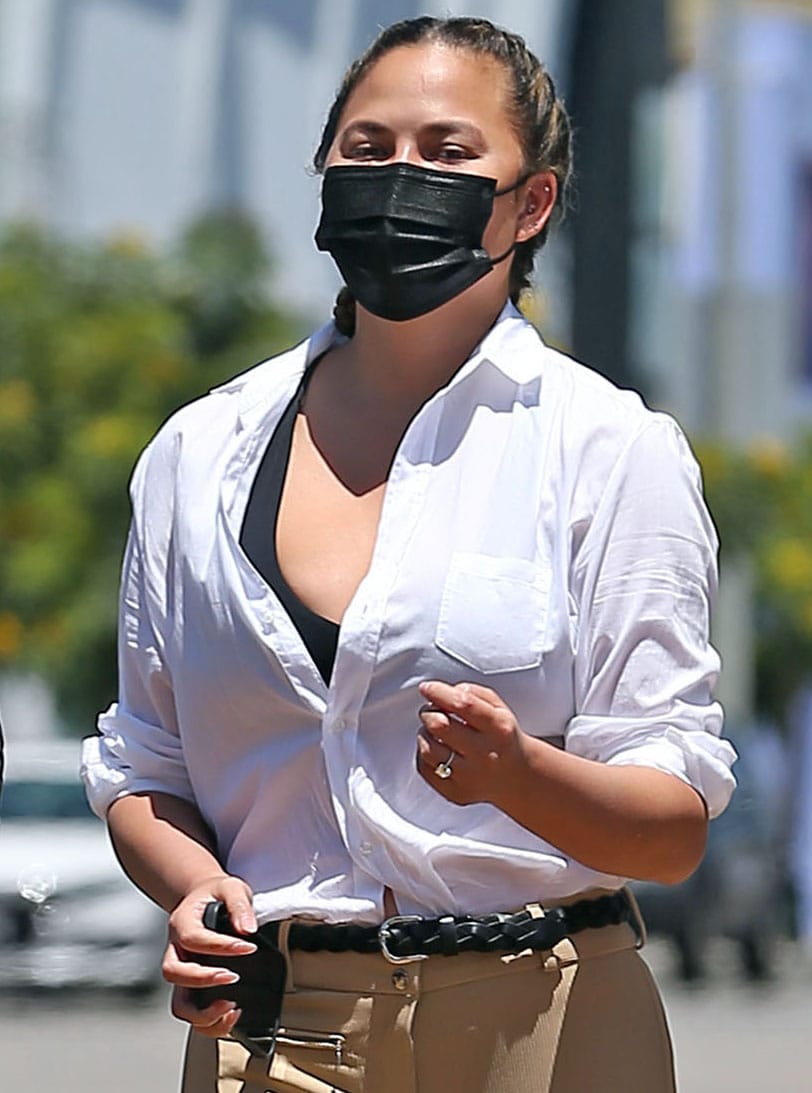 Chrissy is slowly returning to the public eye after her bullying controversy.

In one of her most recent sightings, the former Sports Illustrated swimsuit model gave off a cool-girl vibe while running errands in Los Angeles. 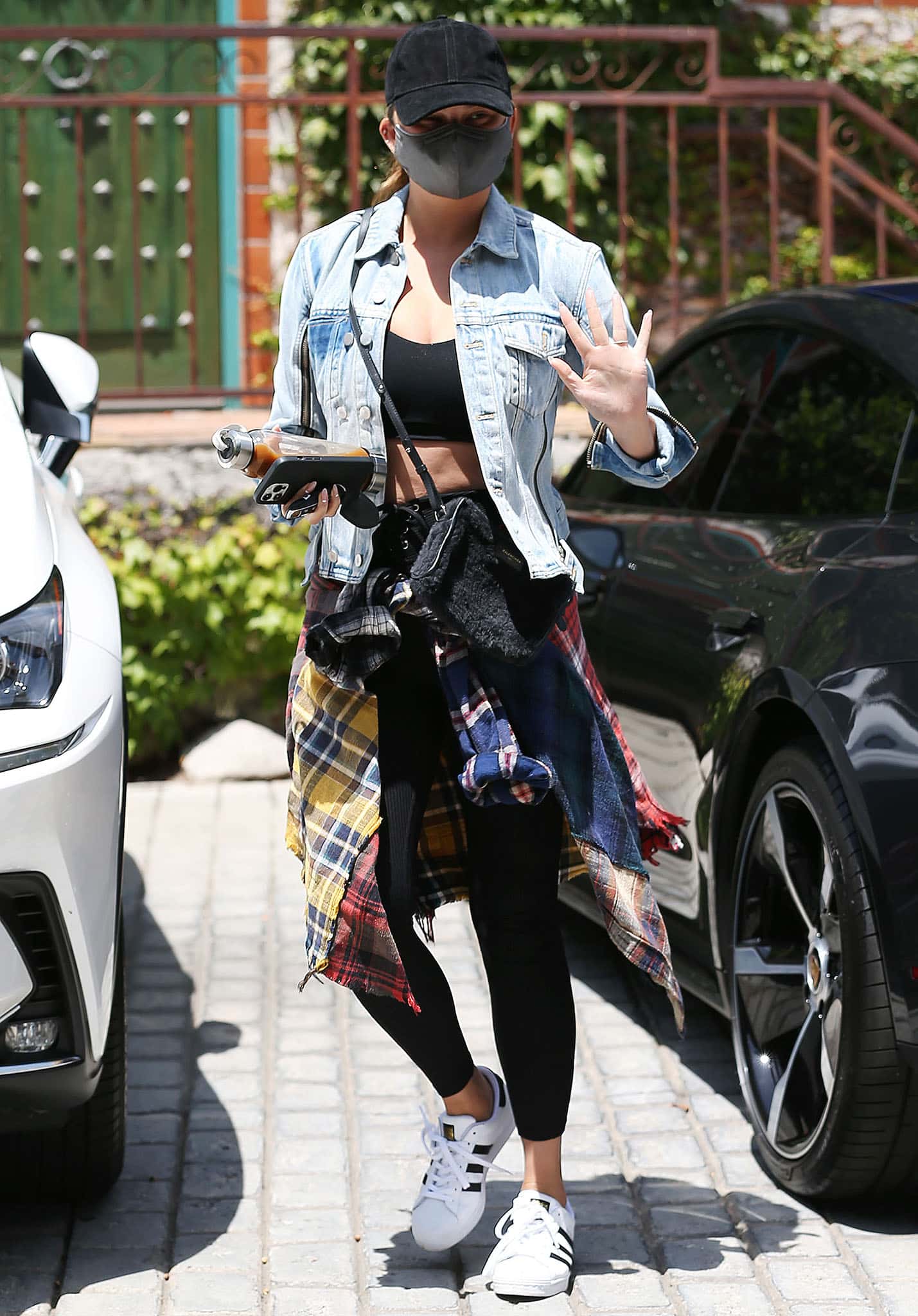 She went the sporty-casual route, pairing a black sports bra with Year of Ours ribbed Football leggings, available for $114 at Zappos.

Looking effortlessly cool, she then topped her bra with a 3.1 Phillip Lim zipper denim jacket and tied a $595 R13 multi-plaid flannel shirt around her waist. 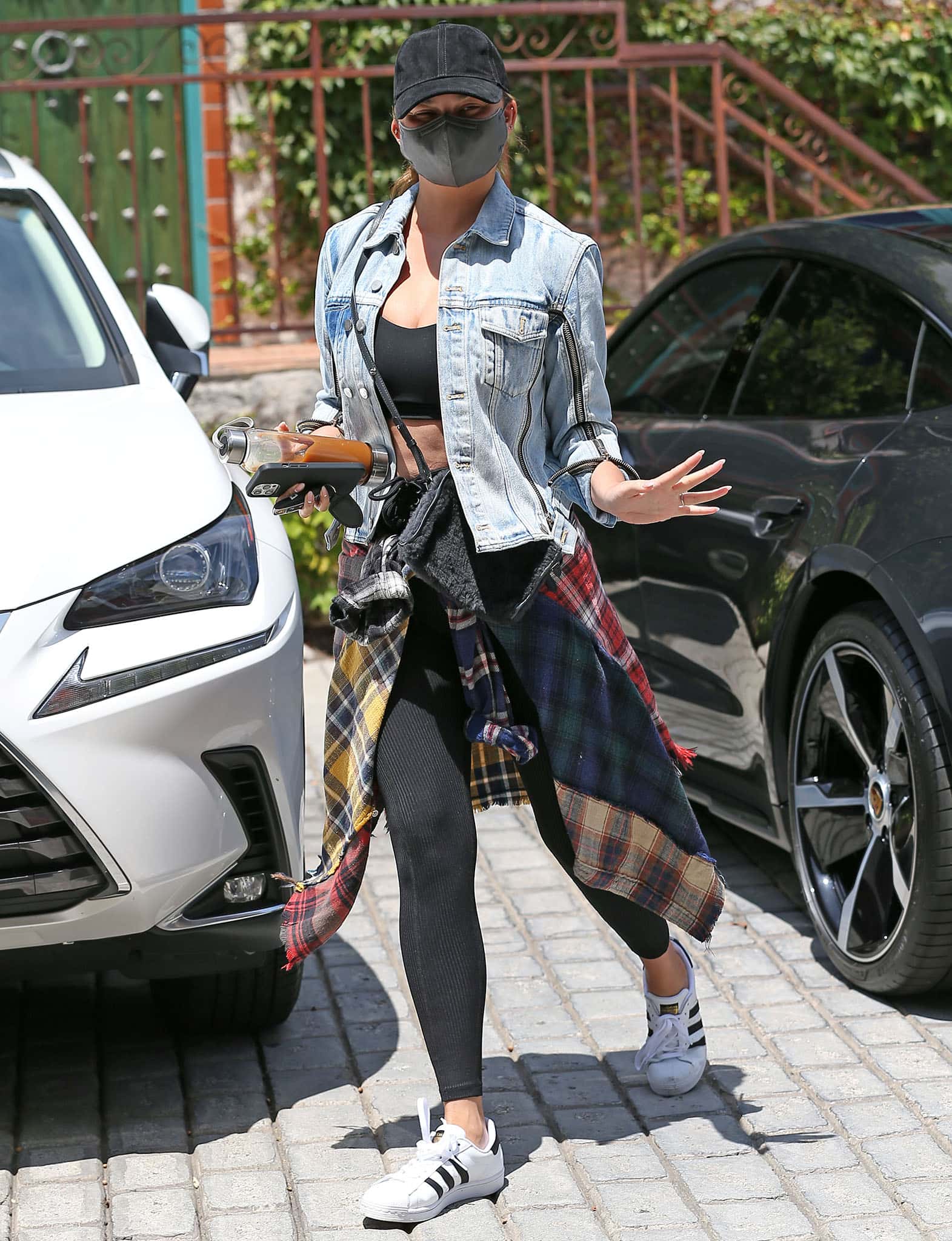 The Lip Sync Battle host failed in her attempt to go incognito with a gray face mask and a Rag & Bone “Marilyn” baseball cap. 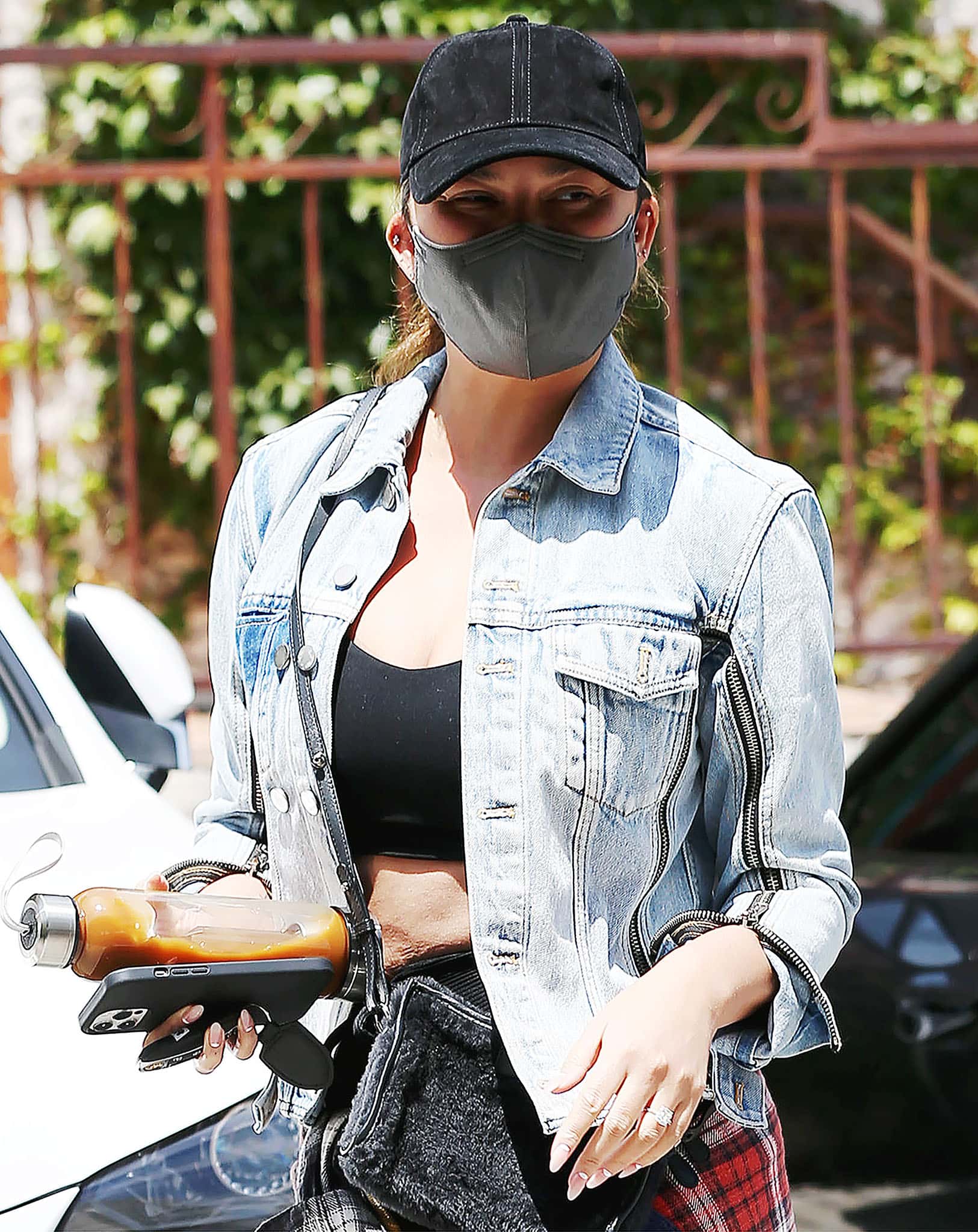 Introduced in 1969, the Superstar is characterized by the serrated three-stripes design and textured clamshell toe. 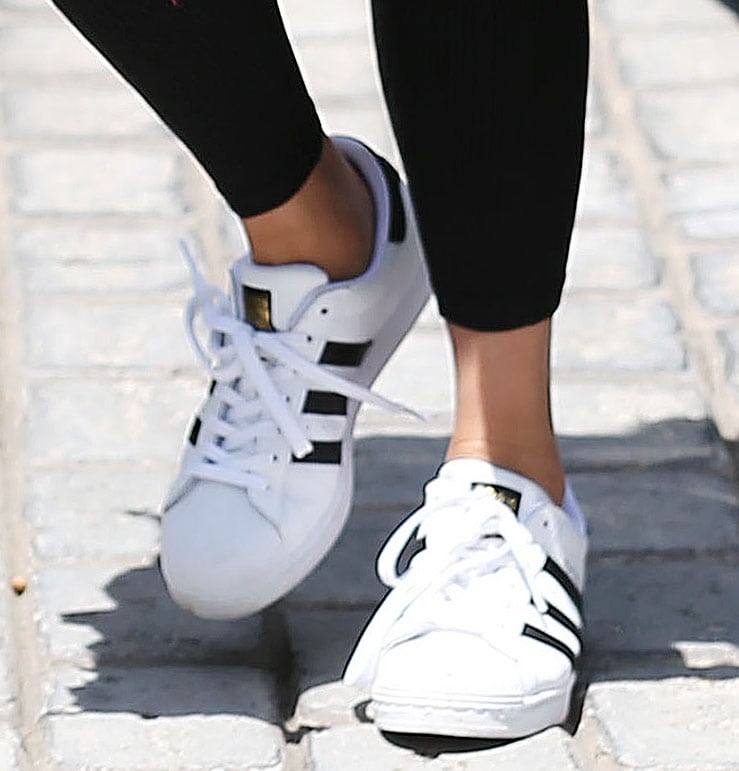 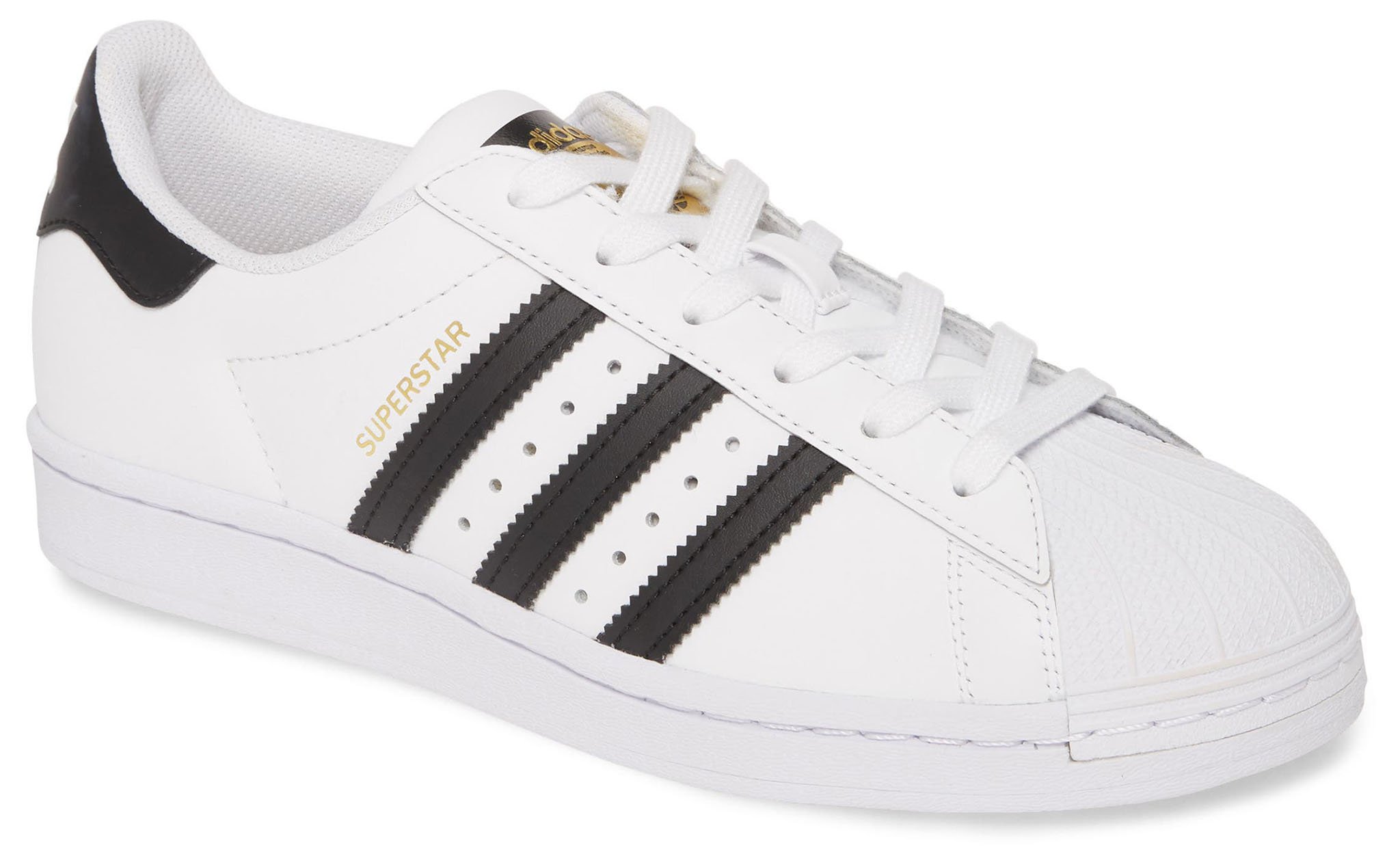