On Friday, the couple was spotted getting cozy while grabbing some juice at Starbucks in Malibu. 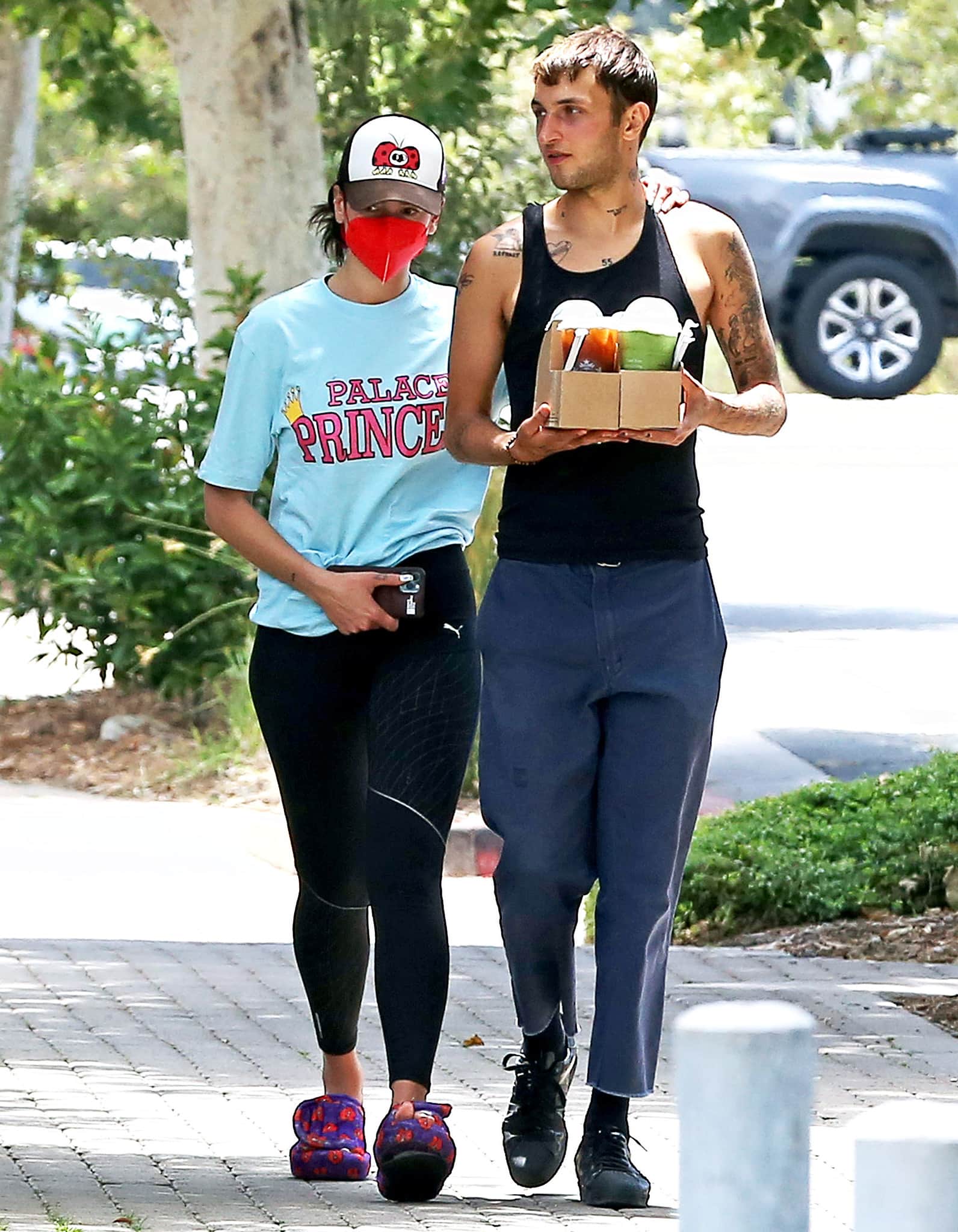 The 25-year-old Don’t Start Now singer placed her hand on her 21-year-old boyfriend’s shoulder while he carried their seemingly healthy beverages.

For the outing, Gigi and Bella Hadid’s younger brother opted to keep things cool and casual. He showed off his tattoos in a black tank top paired with loose-fitting navy trousers and Prada black sneakers. 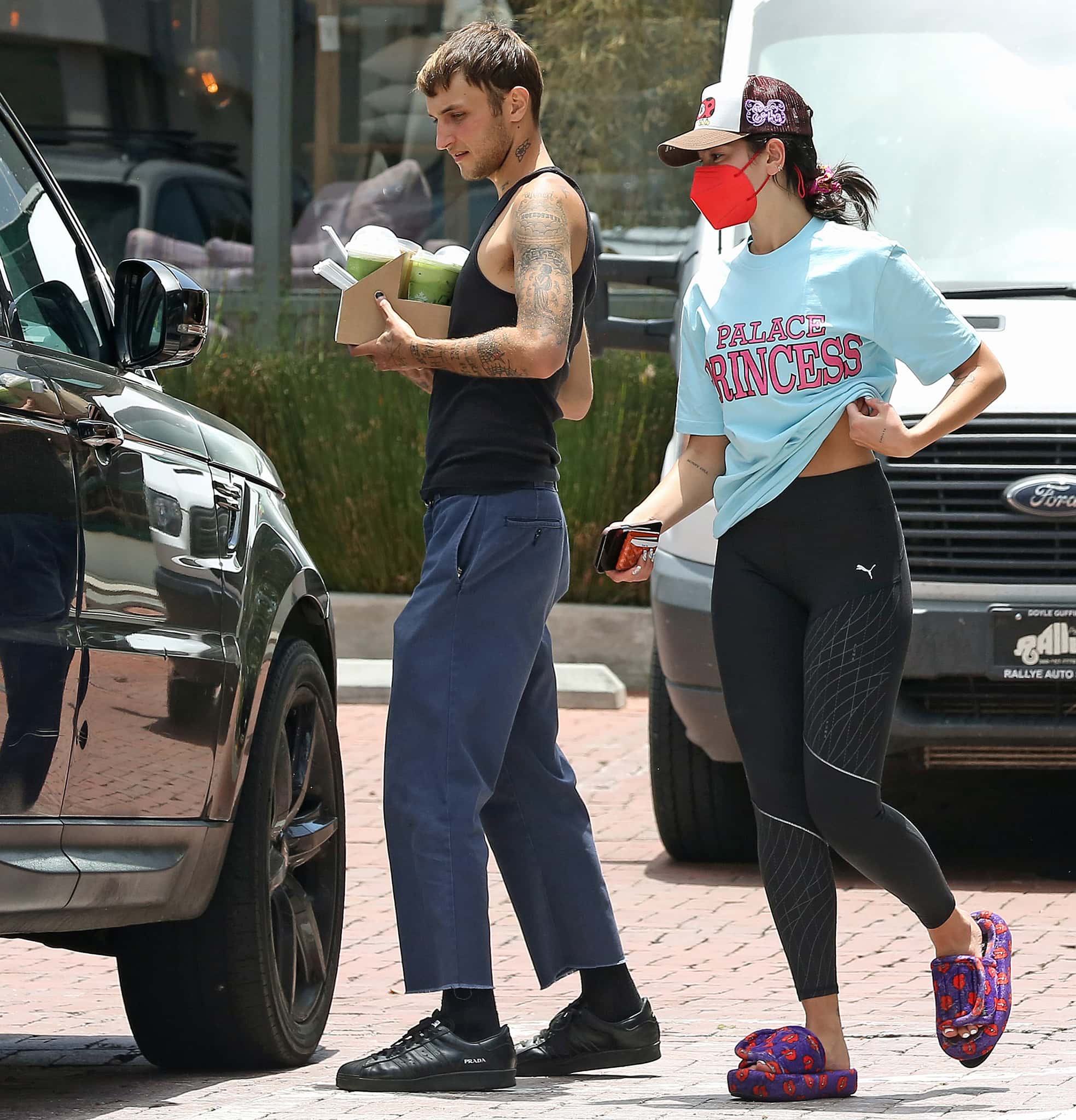 Meanwhile, the 2021 Brit Awards Solo Artist winner wore a blue tee with the text Palace Princess on the front.

She paired her casual baggy top with Puma Run graphic leggings that highlighted her shapely legs. 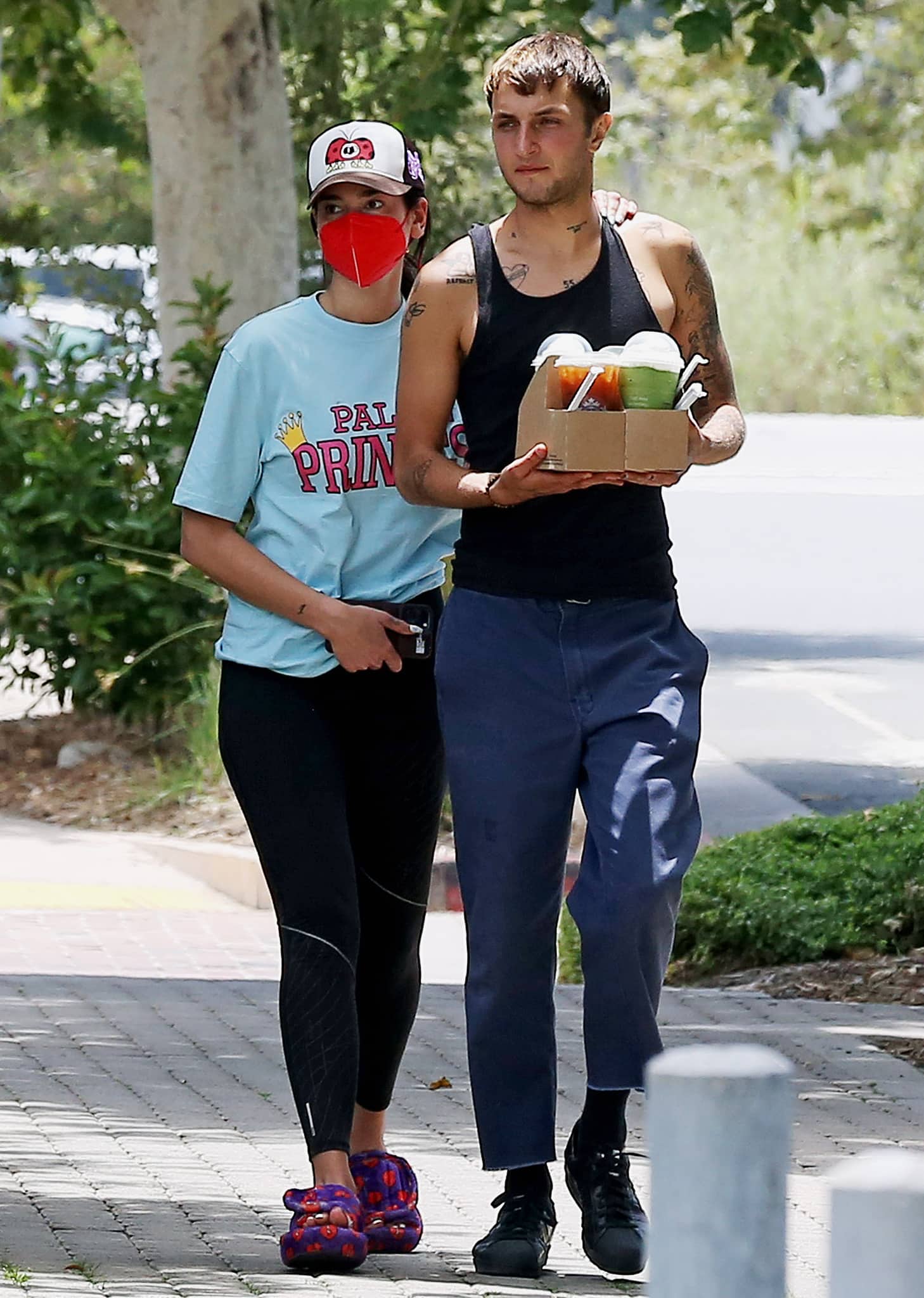 She further accessorized with multiple earrings as she carried her Goyard Saint Sulpice orange cardholder and iPhone in a $65-Urban Sophistication Chocolate Puffer phone case in one hand. 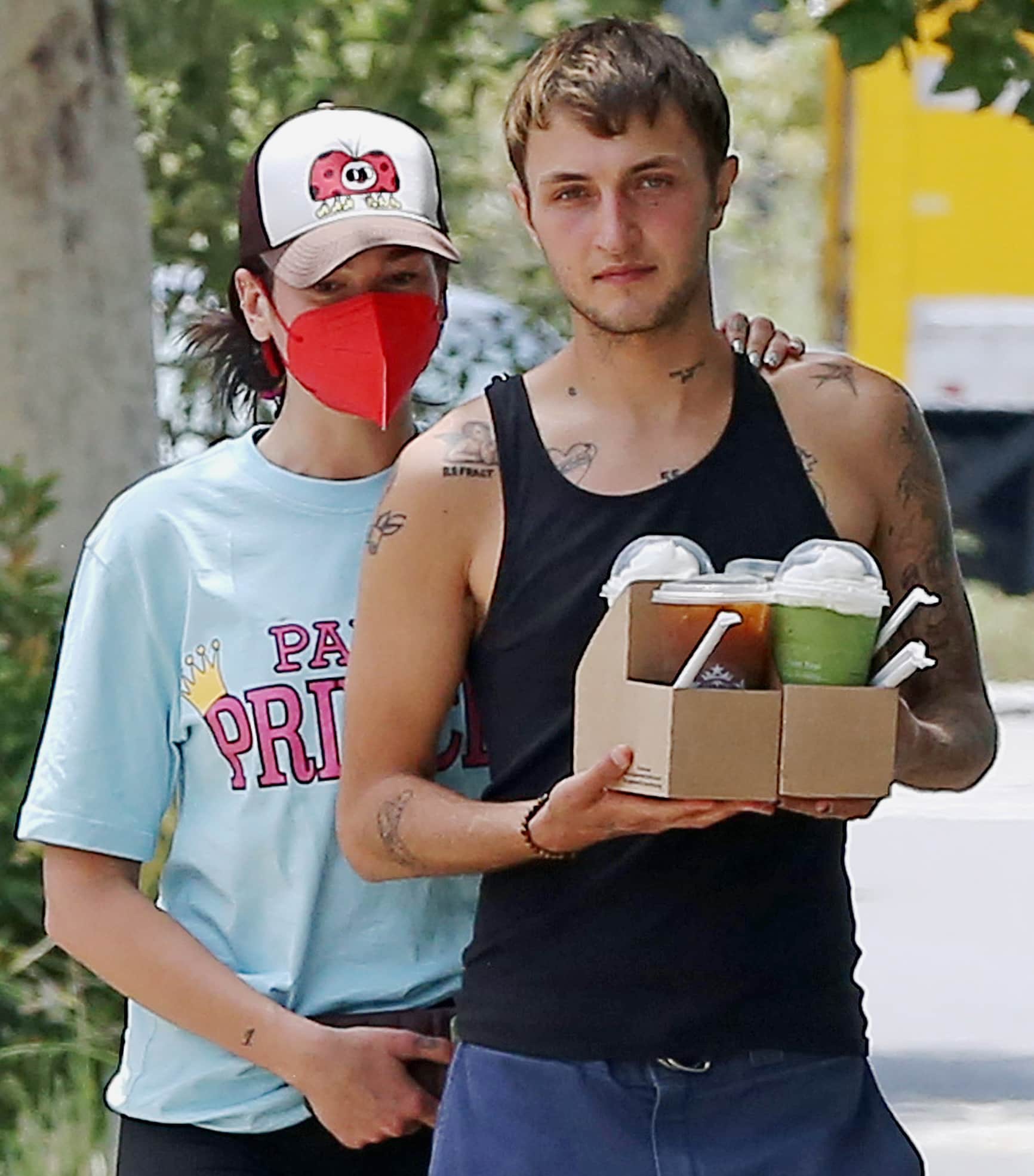 Completing her relaxed look was a pair of bright purple slip-on slides from London-based fashion and jewelry designer Natasha Zinko. 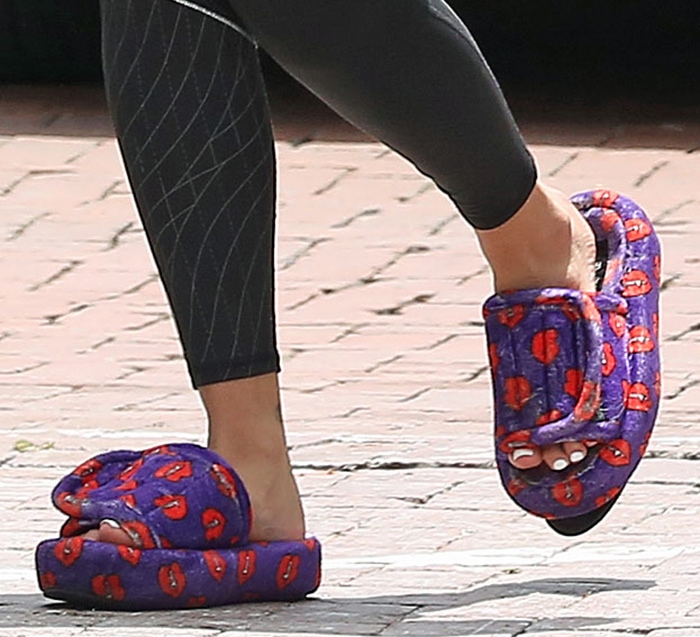 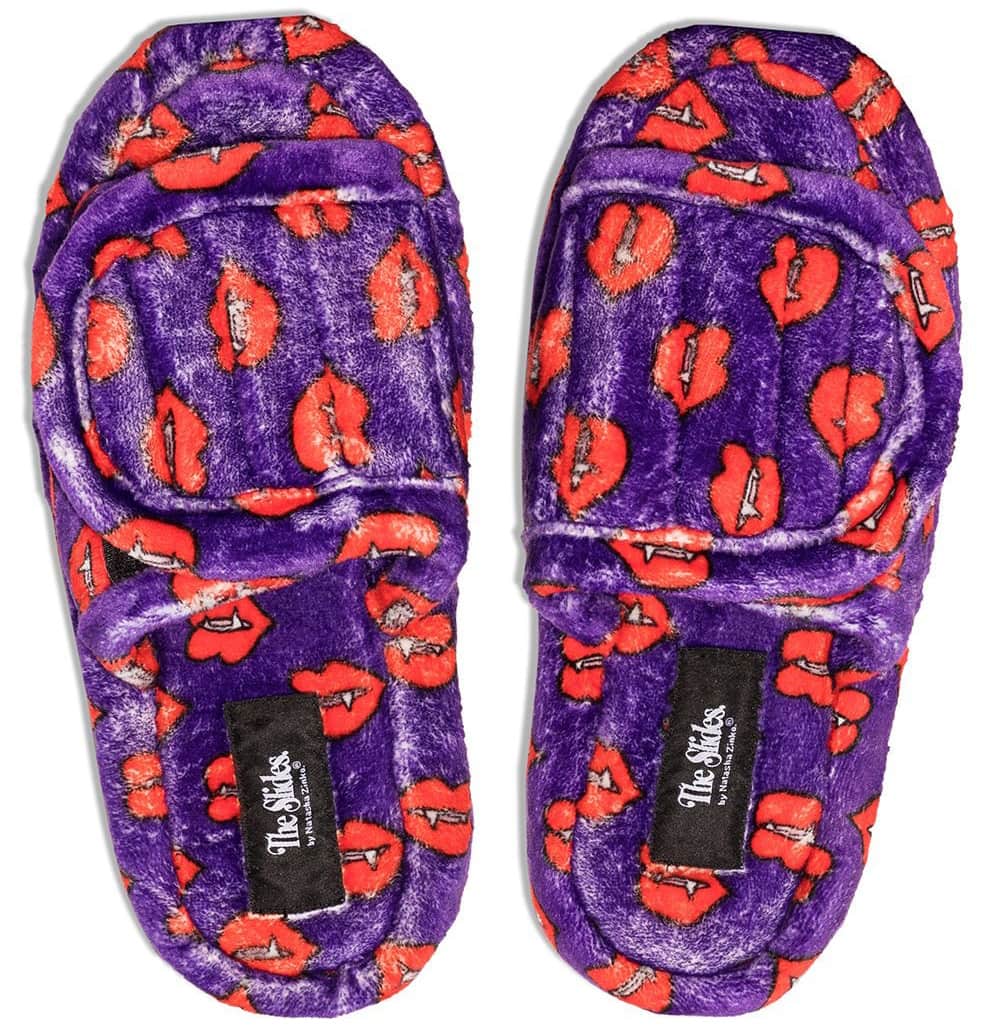 Thanks to her award-winning second studio album Future Nostalgia, Dua Lipa has been named the most played artist in the UK for 2020. Her singles Physical and Don’t Start Now from her nostalgic pop and disco record also made the top 10 most-played tracks of the year.

Dua’s success ended Ed Sheeran’s three-year reign at the top spot. However, he was still ranked second followed by Ariana Grande as the third most-played artist of the year.

Dua Lipa said in a statement: “Thank you so much to everyone that listened to and loved my music during 2020. I’m incredibly proud that I was the most played artist on radio, TV, and all across the UK. I so wanted Future Nostalgia to bring some happiness during such a difficult time. Thanks to everyone who supported it and also to PPL, who do important work in making sure artists and musicians are paid when their music is played.”

20 Designer Items to Snag From the Farfetch Sale

How Jerry Seinfeld Met His Wife Jessica at a Reebok Gym