Just months after meeting her future husband Donnie Wahlberg, Jenny McCarthy was spotted at the Encore Beach Club enjoying the Las Vegas sun and fun in a pair of Christian Louboutin “Dufoura” heels. 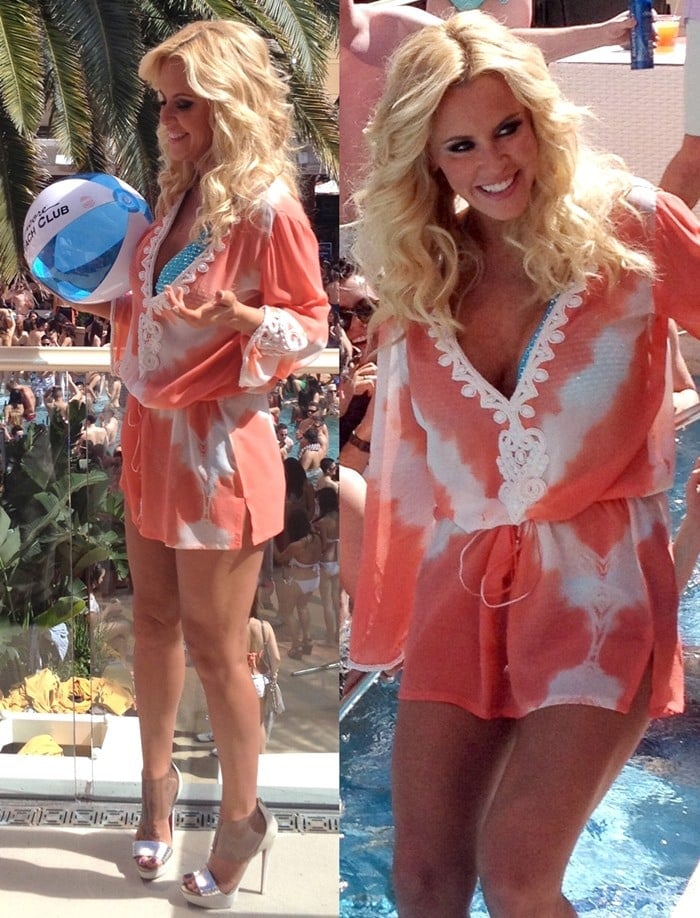 The couple met in the 18th episode of season 8 of Watch What Happens Live with Andy Cohen. The episode aired on October 2, 2012, on Bravo.

They started publicly dating in July 2013, announced their engagement on The View on April 16, 2014, and married in a quiet ceremony in front of family and friends on August 31, 2014, at the Hotel Baker in St. Charles, Illinois. 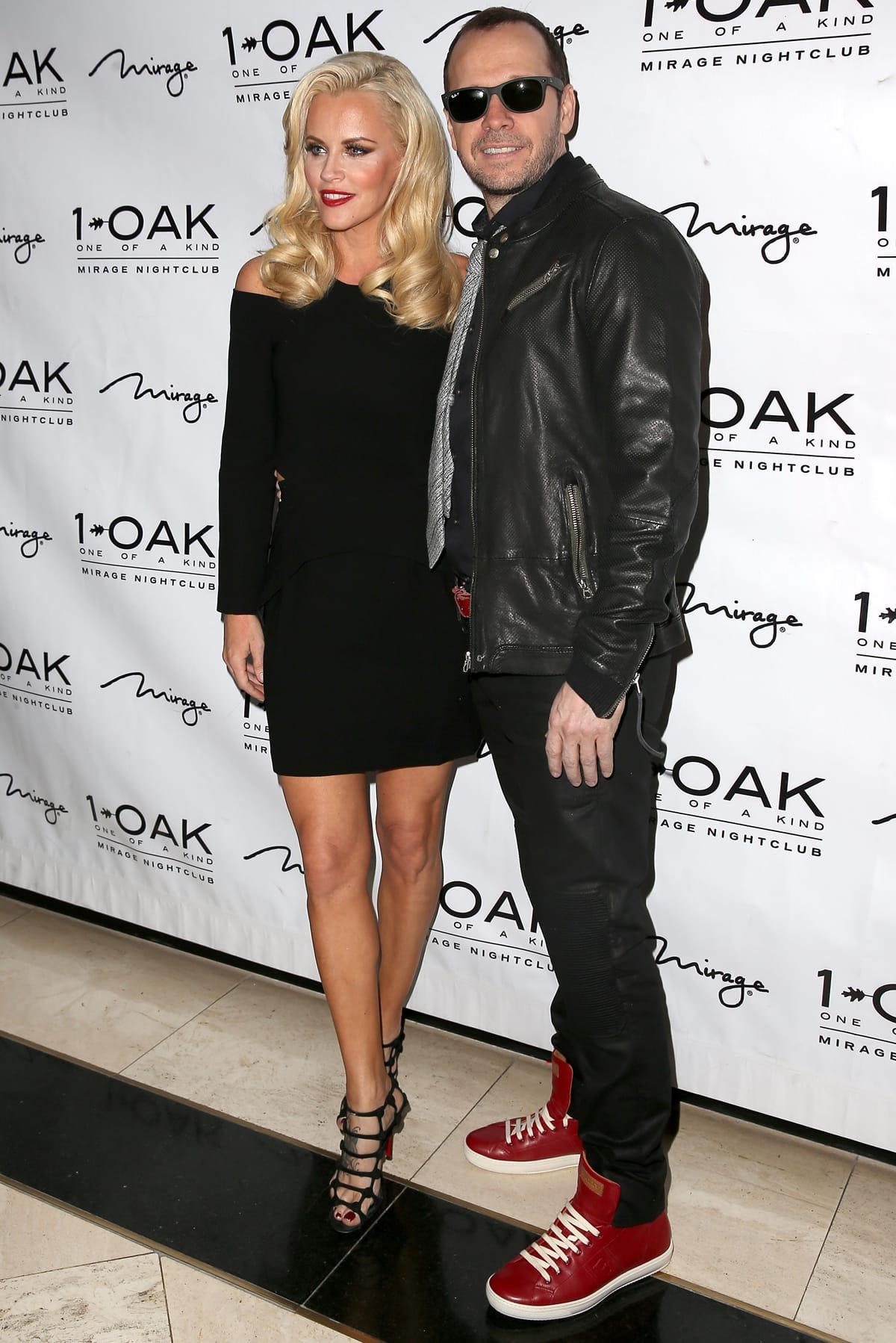 It was the second marriage for both Donnie Wahlberg and Jenny McCarthy. She was previously married to actor/director John Mallory Asher from 1999 to 2005. Their son, Evan Joseph Asher, was born on May 18, 2002.

New Kids on the Block singer Donnie was married to sound engineer Kim Fey from 1999 to 2008, and they have two children together, Xavier Alexander Wahlberg and Elijah Hendrix Wahlberg. 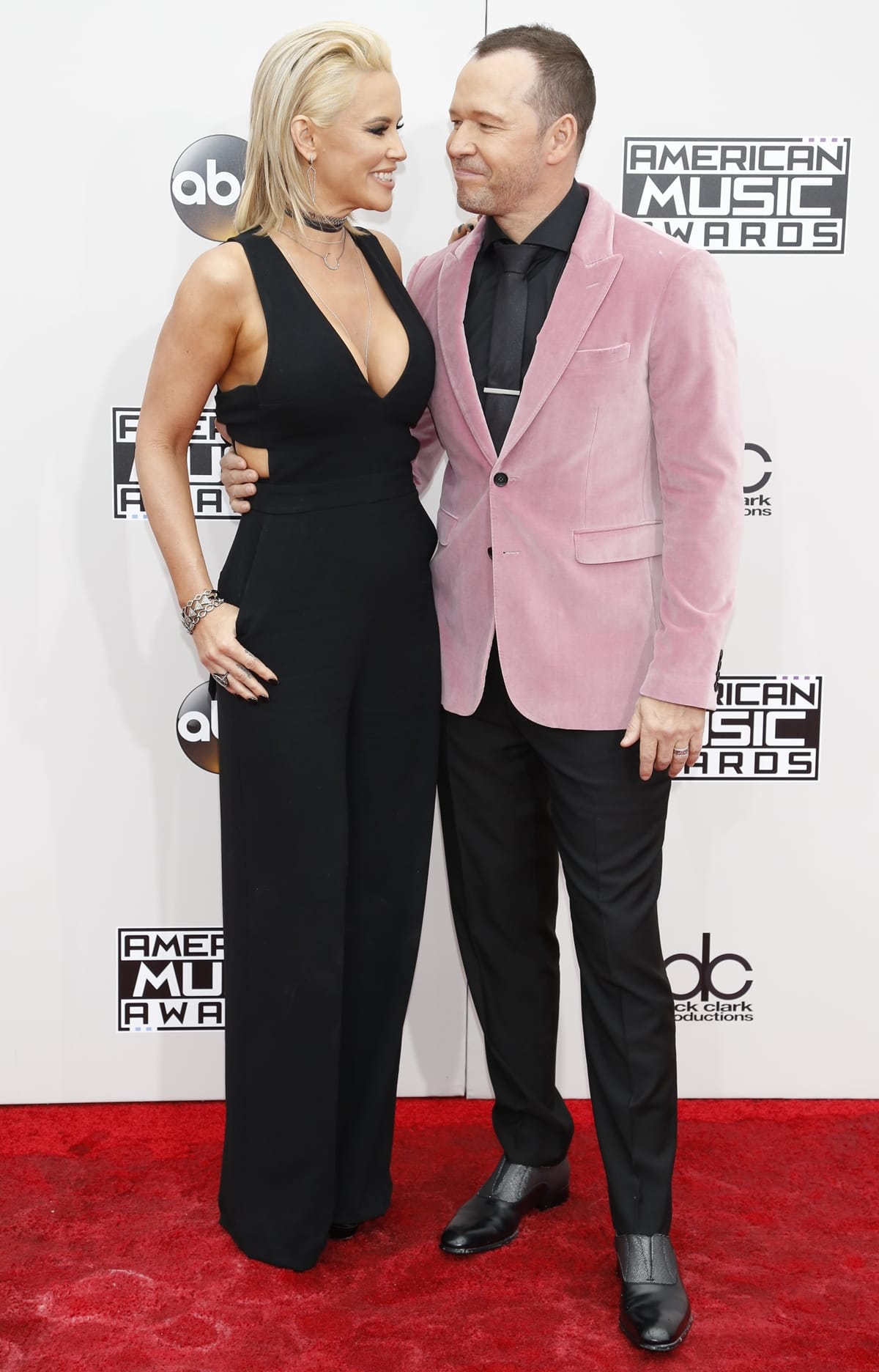 In an Instagram photo he shared in April 2020, Donnie is seen standing next to Jenny on the set of Andy Cohen’s Watch What Happens Live in 2012. He asked her out when meeting a year later on her VH1 talk show—The Jenny McCarthy Show.

In his caption, he reveals that when they first met as guests on the American pop culture-based late-night talk show, Andy Cohen encouraged him to make a move. However, it took him a while to build up the courage.

“Without a doubt, [sex] gets better every single time I make love to him. First of all, he has the most beautiful p**** I’ve ever seen in my life. But you know what it is? He knows how to [use it],” Jenny revealed about their sex life on an episode of Bravo’s Watch What Happens Live in October 2014.

“The size is perfect. I can’t get too descriptive. But, you know what I mean!” McCarthy added. 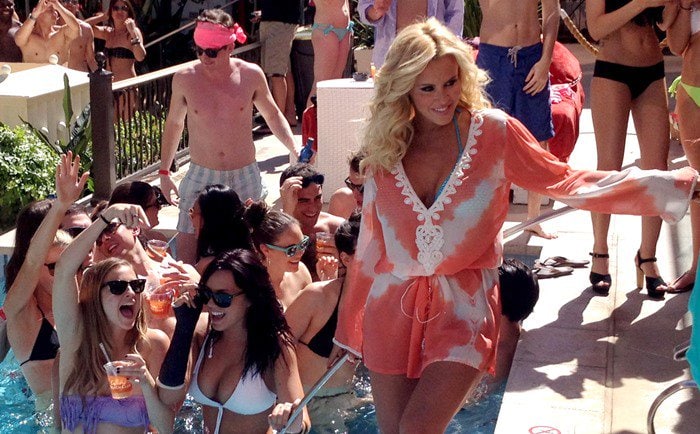 The American model, television host, comedian, actress, author, and screenwriter paired the clear-and-silver sandals with a coral and white tunic and turquoise bikini.

She wore her hair down in simple waves, which worked great for a day of poolside activities.

We’re not sure whether Jenny always wears Louboutin heels poolside, but she looked great doing so. 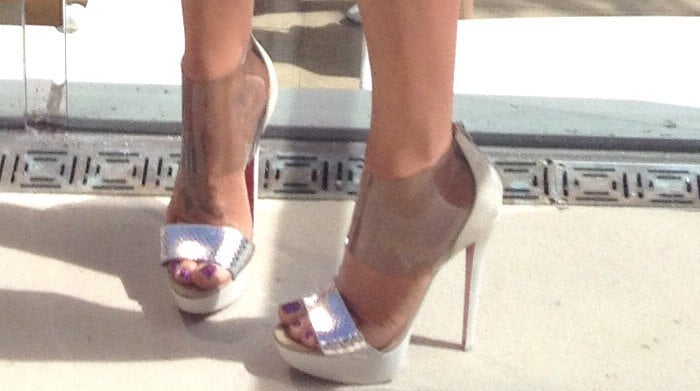 These summer-ready sandals feature a clear upper, a soft suede heel, and a cool silver toe strap. You can check out the different color combinations that we found at Bergdorf Goodman and Mytheresa: 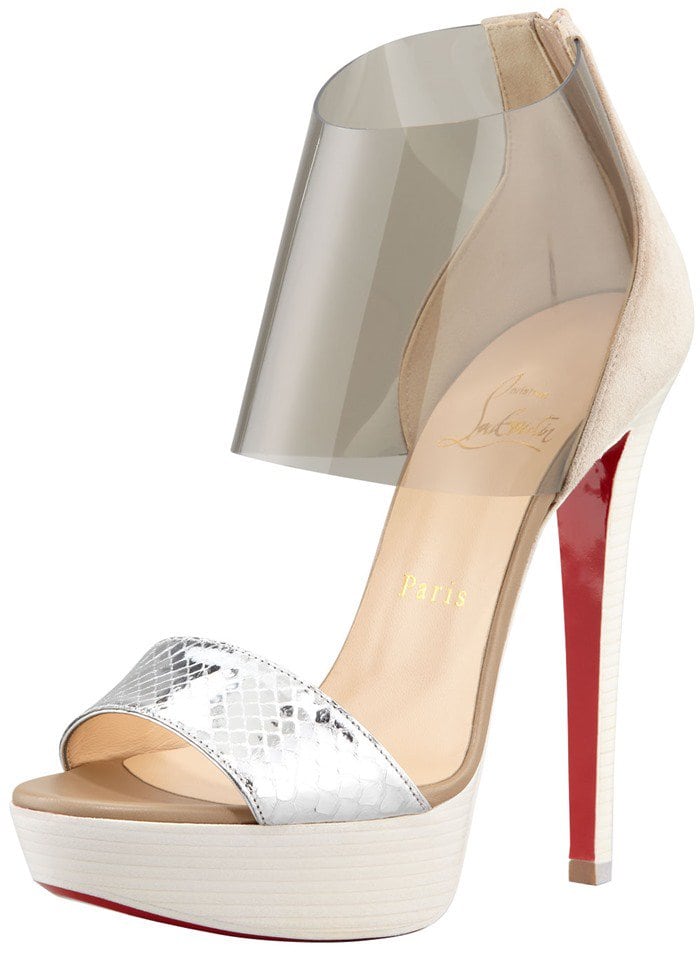 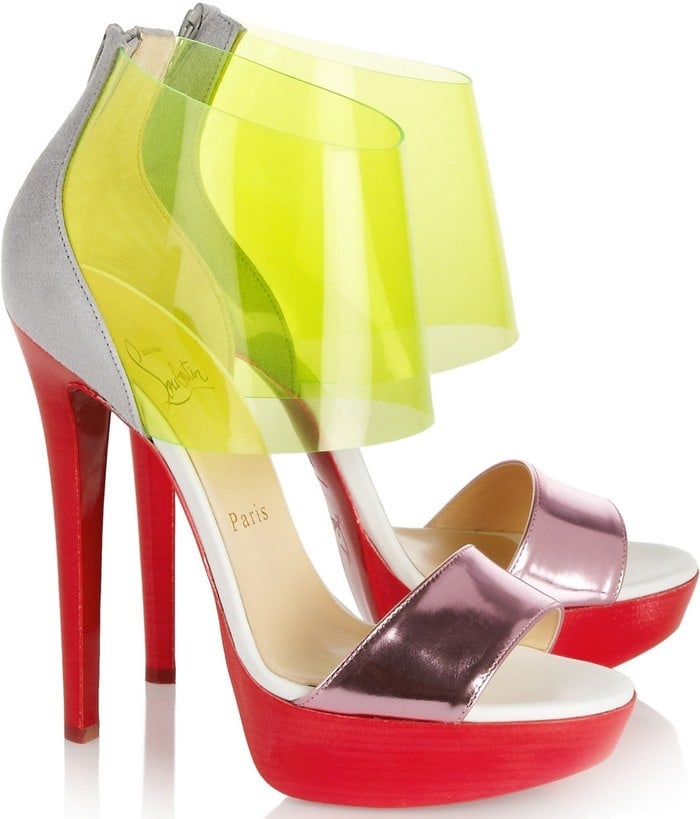 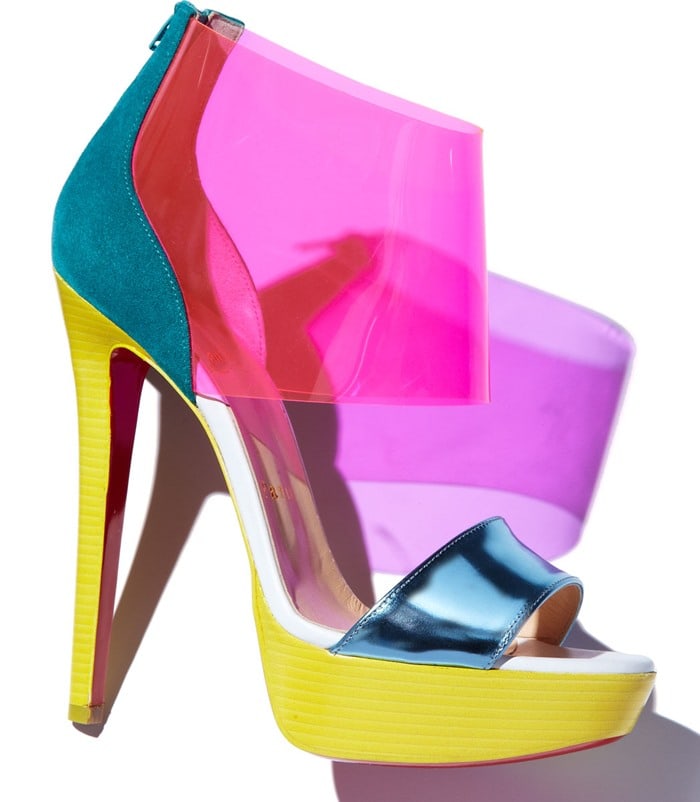 So, what do you think, shoe lovers? Would you wear your Louboutin heels to the pool as Jenny McCarthy did?