Home » Shoes » How He Lost Over 60 Pounds
Shoes

How He Lost Over 60 Pounds

Chaz Bono had been yo-yo dieting for years and even went on a celebrity weight loss show to try and shed some extra pounds.

But nothing worked until he accepted his true identity as transgender, and then he finally felt connected enough with his body to treat it well.

Chaz was able to lose weight through good old-fashioned methods of eating right and exercising. Let’s look at how Chaz was able to change his perspective and keep the weight off through 2021.

Get to Know Chaz Bono

Chaz Bono is Cher and Sonny Bono’s son. He was born as Chastity Sun Bono on March 4th, 1969. In the 70s, you could see young Chaz with curly hair performing on stage with Sonny and Cher. 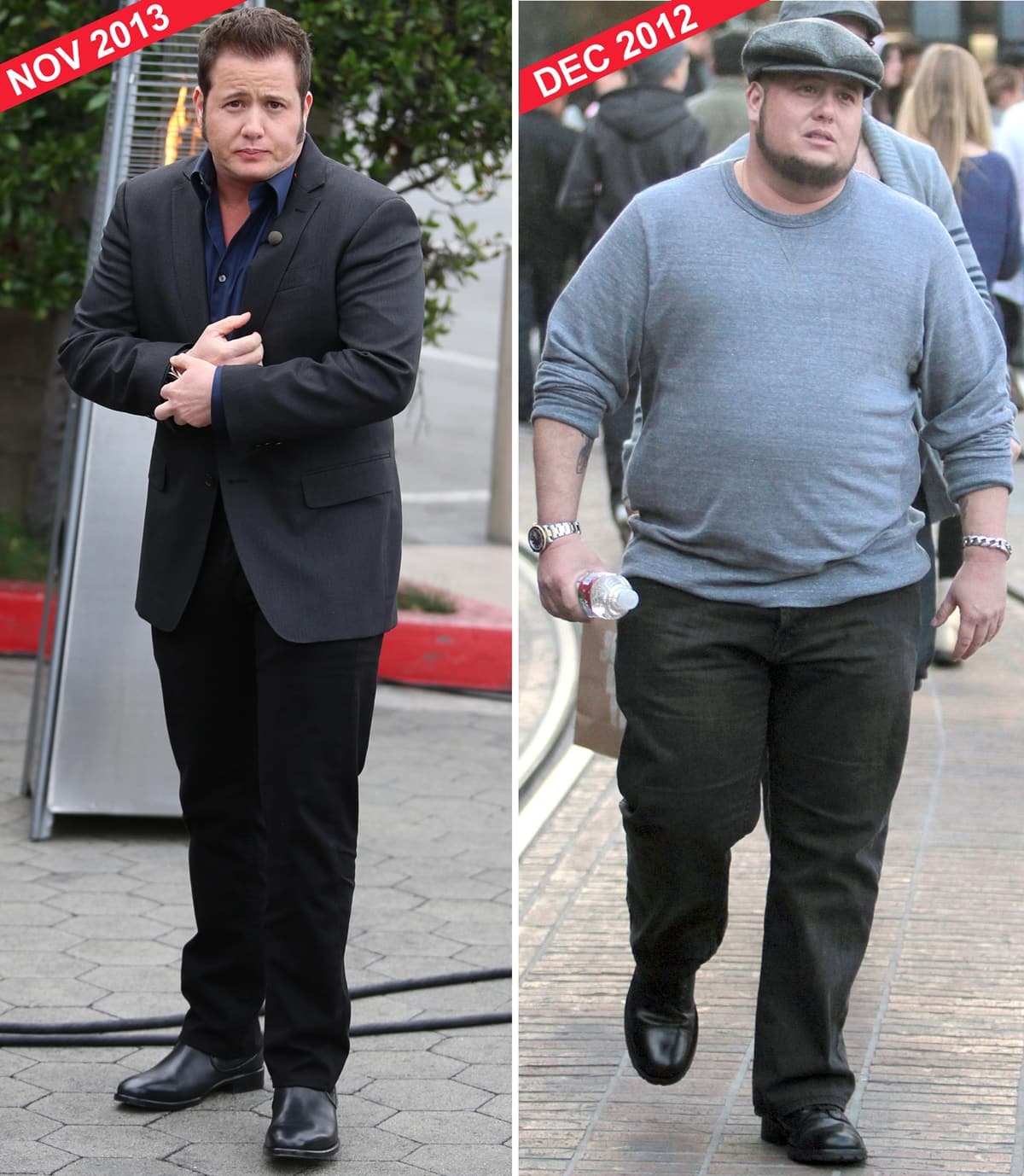 Chaz’s journey to transition from female to male started when he was 13. He remembers being in New York and mistook his gender identity for sexuality. He was attracted to women and had relationships with women.

The tabloids outed him as a lesbian around 1987, although he didn’t say anything publicly until 1995. Even though he had several long-term relationships with women, he didn’t feel like he was being a good lesbian.

Looking back, Chaz attributes those feelings to realizing he always felt he was a man. Once he came out as trans, he said he felt a sense of peace. He changed his legal name from Chastity to Chaz and started the transitioning process. 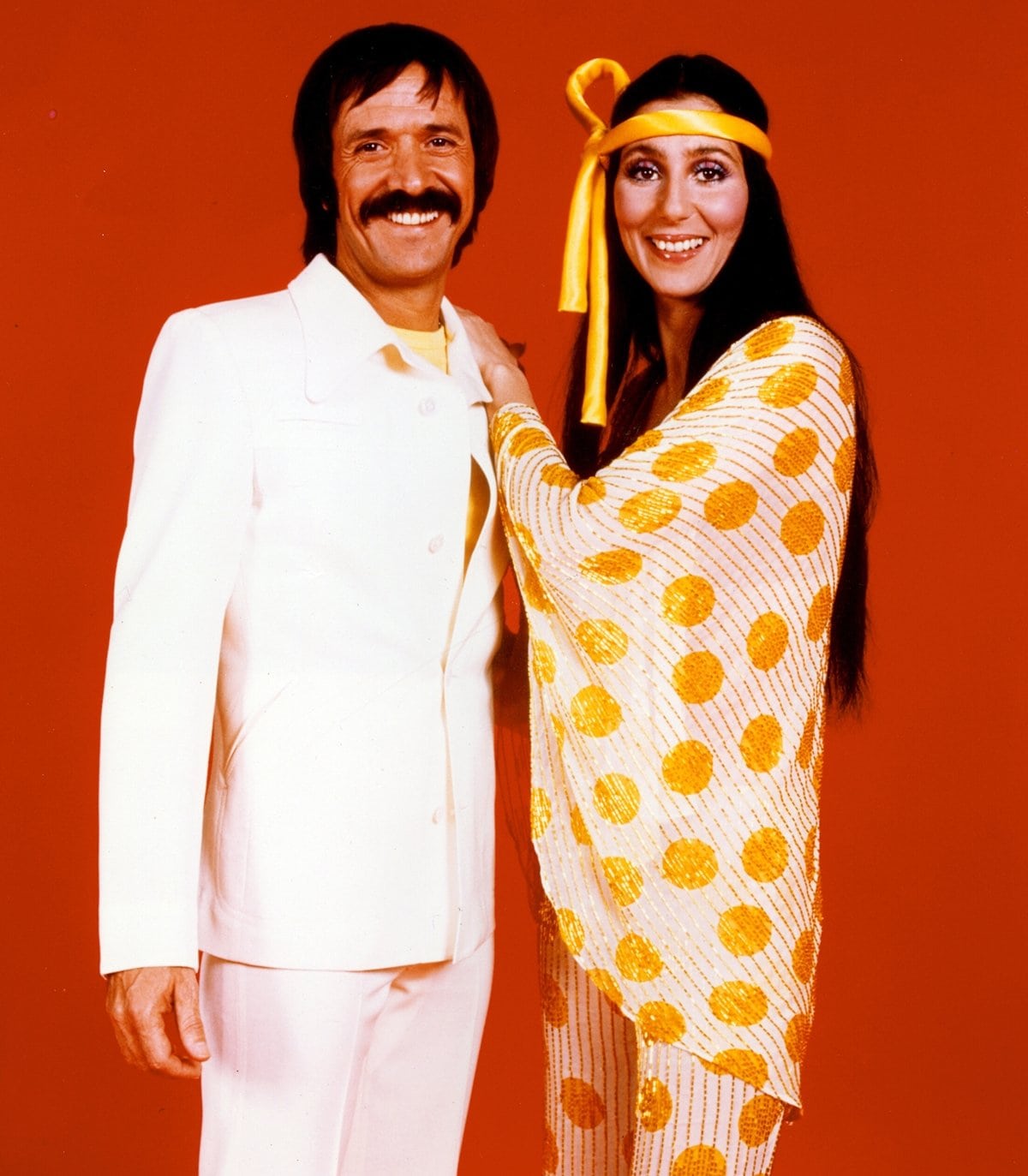 Chaz Salvatore Bono is the only child of the singing duo Sonny and Cher (Credit: WENN)

Initially, his mother Cher had a difficult time accepting Chaz’s new identity. Chaz states that growing up, Cher wanted him to love being a girl and all the things that girls love. But he never really felt connected with what his mom wanted him to be.

“No, that’s not exactly true,” Cher responded when CNN’s Christiane Amanpour in December 2020 asked if she struggled at all with her son’s transition.

“I did. It was very unlike me to — in the beginning — have a problem with Chaz being gay, and it disappeared like that. And then we talked about transgender for many years, and she would say, ‘No I don’t want to do it,’ and then he went and said, ‘OK I want to do this.’

“It wasn’t easy” Like I remember calling, and the old message — the old Chaz message was on the phone — and that was very difficult. But then you have one child, but you don’t really lose them — they just are in a different shape.”

Chaz revealed that his mother wasn’t altogether comfortable with the transitioning process. He isn’t sure if she’s read the “Transition: Becoming Who I Was Always Meant to Be” book he wrote (available at Amazon), but he always tried to be as kind as possible. 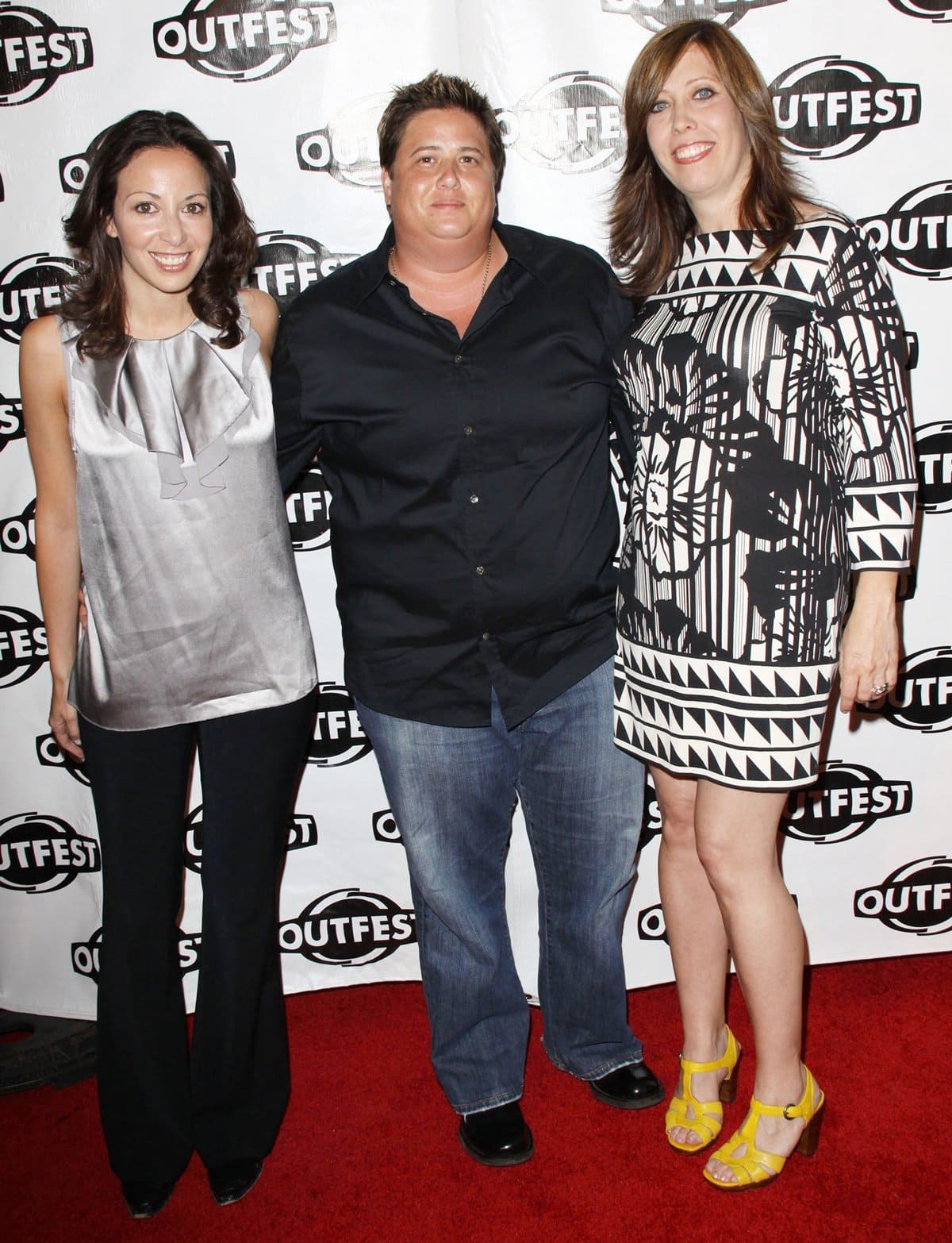 The struggle of feeling like he was born in the wrong body took its toll on Chaz Bono’s physical form. Before and even into the transitioning process, he played too many video games, drank, had a drug addiction, and smoked. He also struggled with fluctuating weight.

In an effort to bring his weight down, he went on Celebrity Fit Club in 2005. He got results, but unfortunately, they didn’t stick. He attributes this mostly to cravings, perfection standards set by his mother in childhood, and fluctuating hormones after he started transitioning in 2008.

Chaz says that because he had been transgender his whole life, he spent that whole time disconnected from his own body. It wasn’t until he properly transitioned from female to male that he started to take his health and weight loss journey into his own hands. 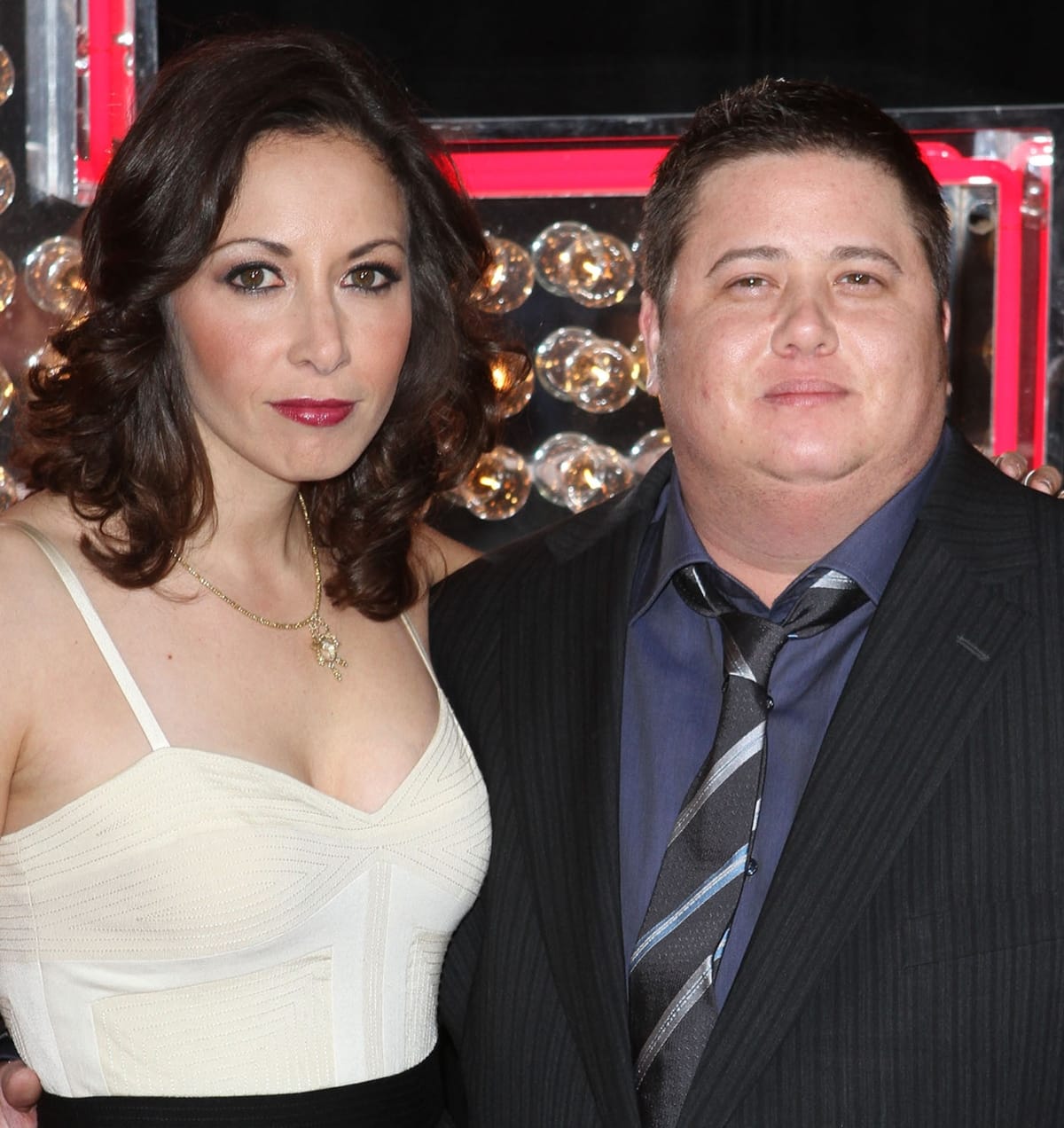 Chaz Bono and Jennifer Elia dated from 2005 until breaking up in 2011 (Credit: FayesVision / WENN)

He started at 250 pounds at 5 ft 1.5 inches. Dr. Travis Stork recommended he lose between 50 and 80 pounds to bring him down to a healthier weight. With Dr. Stork’s help, he has been able to keep off his weight and stay comfortable and healthy. He ended up losing a total of 60 pounds.

So, what did he do? Dr. Stork says he combined enjoyable exercise with a healthy diet to keep the weight off.

Chaz enjoyed being on Dancing With the Stars so much that he attends some dance classes to sweat away the pounds. It’s not known what kind of dance classes he took, but it’s safe to say dancing is a great way to enjoy getting fit.

Since dancing is fun and enjoyable, people are more likely to stick to dancing as exercise. The number of calories you burn depends on each type of dance, as different dancing styles focus on different muscles and movements. 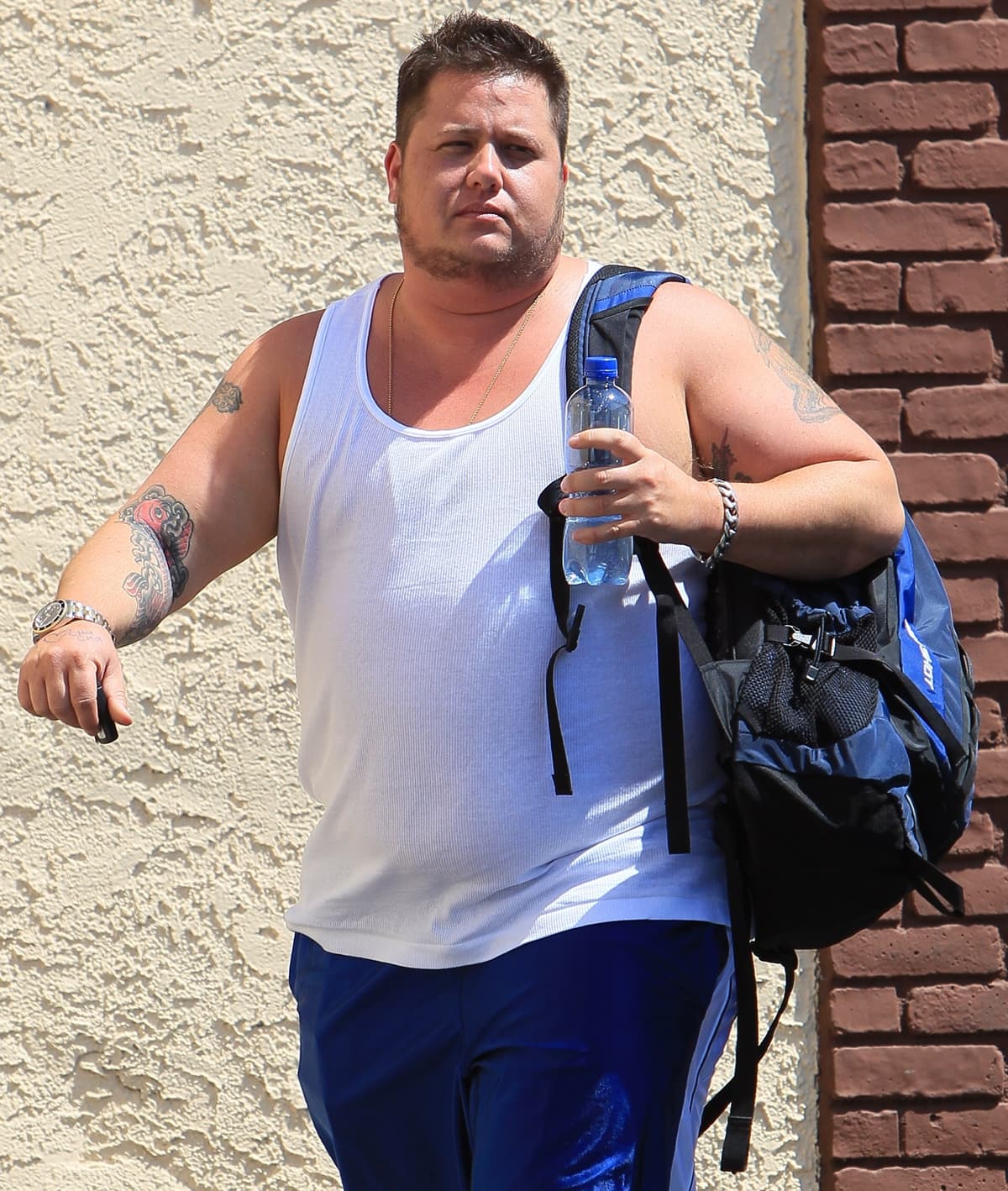 Chaz Bono outside the ‘Dancing with the Stars’ dance rehearsal studios in Los Angeles on September 2, 2011 (Credit: Michael Wright / WENN)

Fast dances such as hip hop and swing dancing can burn upwards of 550 calories per hour, due to the intense cardio movement. Slower dancing, such as ballroom dancing, can burn closer to 300 calories an hour.

Chaz Bono keeps his routine mixed with both martial arts and kickboxing. They’re fun physical activities that he enjoys, which makes it easier to commit time weekly to them.

Cardio kickboxing burns lots of calories: you can burn 350 and 450 calories an hour. It doesn’t just have physical benefits, it has mental benefits too. Tough exercises are a great way for the body to release stress and mental frustration.

Everyone knows that the biggest part of weight loss is eating right. In his weight loss journey, Chaz Bono turned to Freshology to curate his meals.

Powered by Diet-to-Go, Freshology is a meal program that sends fresh or frozen food weekly to its clients. Each client can customize their meal plans so they eat what they like. 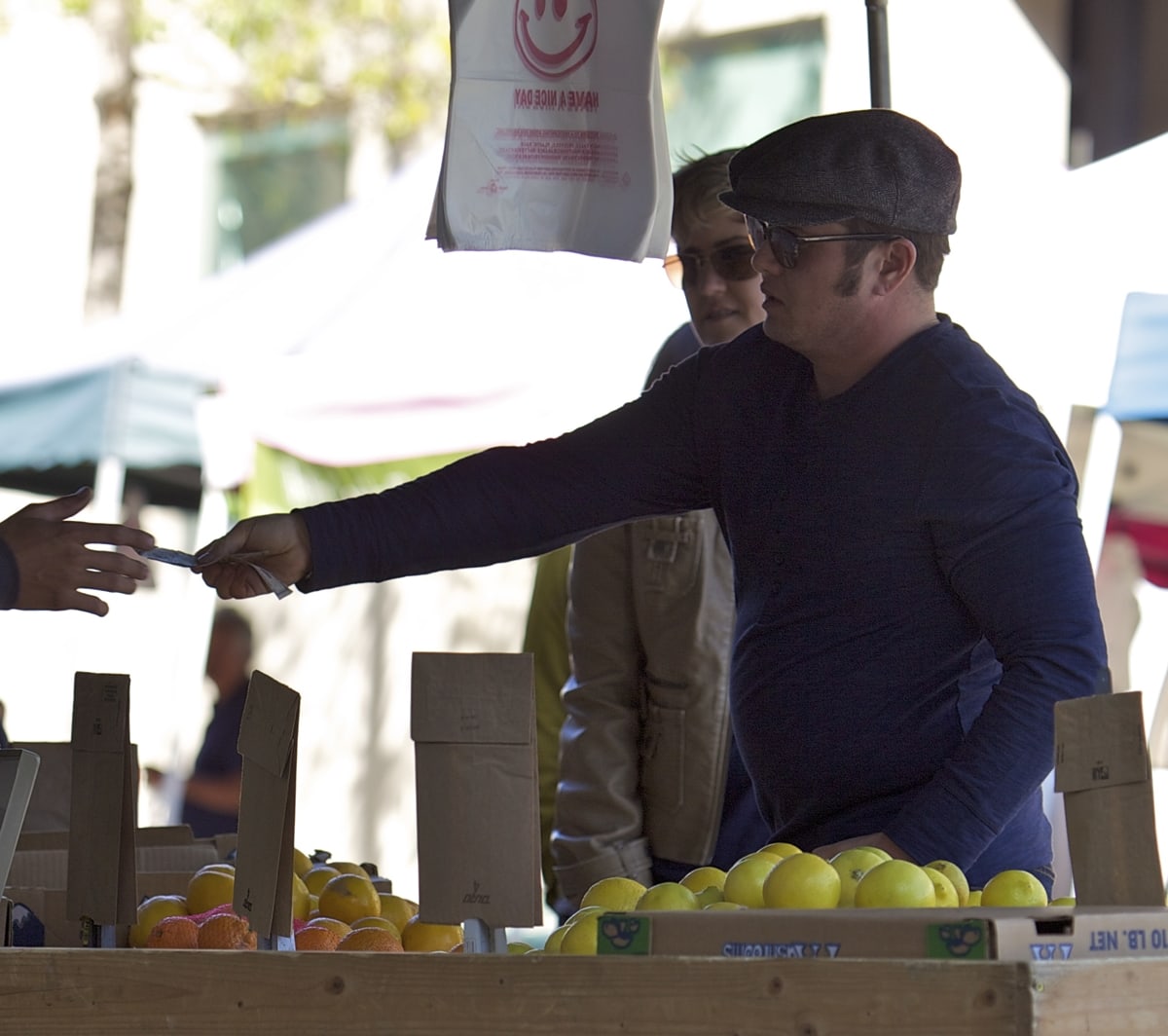 Freshology works because it’s convenient and calorie-controlled. Chaz took what he learned from Freshology and applied it to how he eats.

After struggles with losing weight, Chaz came to the conclusion that diets don’t work. Rather than continue with strict diets, he’s changed how he eats. Rather than eating grains and starches, he’s switched to mostly vegetables, fruits, and meats.

Most nutritionists agree that diets can show results in the short-term, but aren’t reliable for long-term healthy lifestyles. Your metabolism slows down as your body loses weight, which can make it more difficult to continue to lose weight. 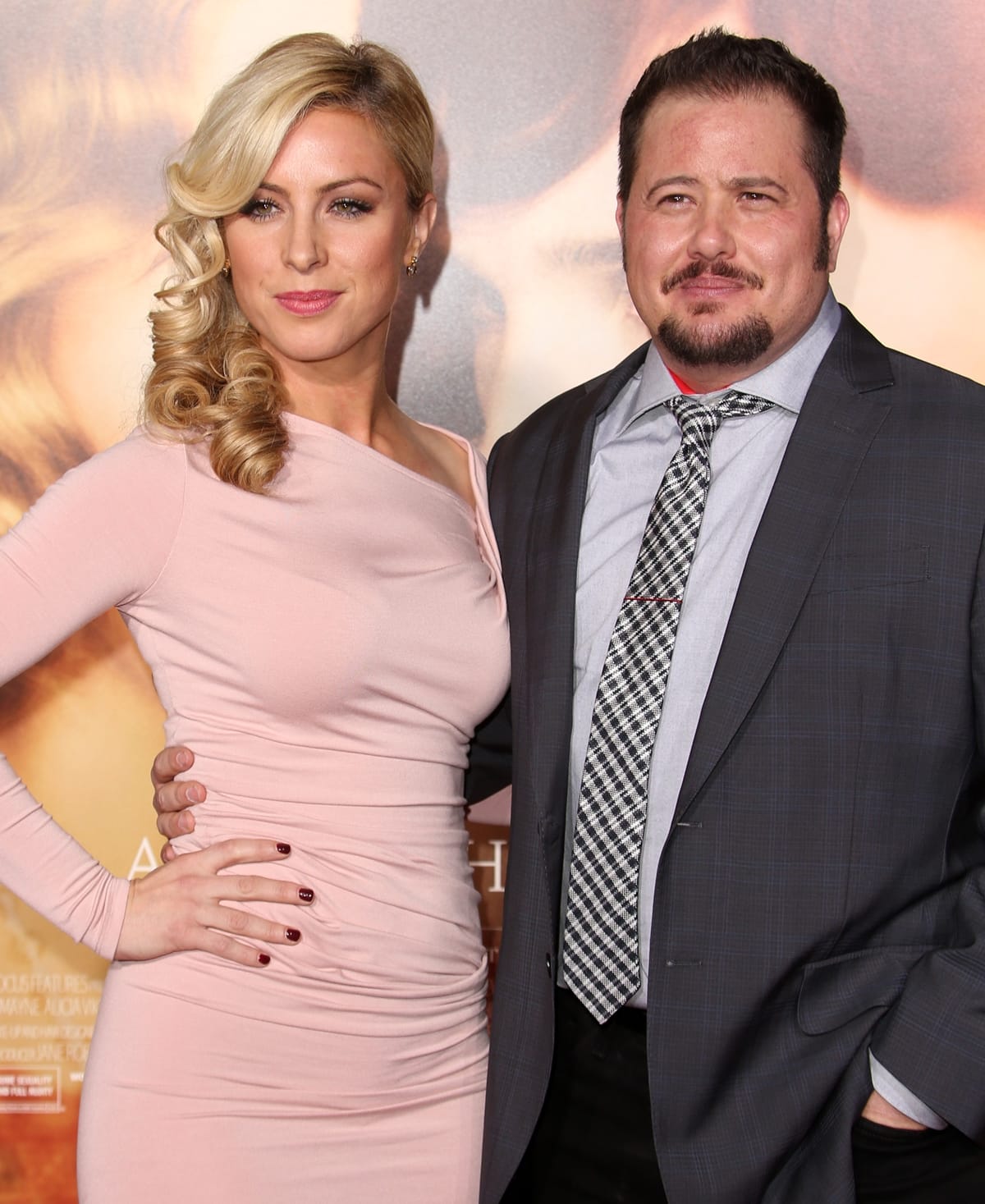 Chaz Bono with his then-girlfriend Sarah Schreiber at the premiere Of Focus Features’ “The Danish Girl” on November 21, 2015, in Westwood, California (Credit: FayesVision / WENN)

The best way to keep weight off and maintain a healthy metabolism is to eat right and exercise. This is exactly why Chaz’s weight loss journey has been successful thus far, he’s found a way to exercise in an enjoyable way while eating healthier. 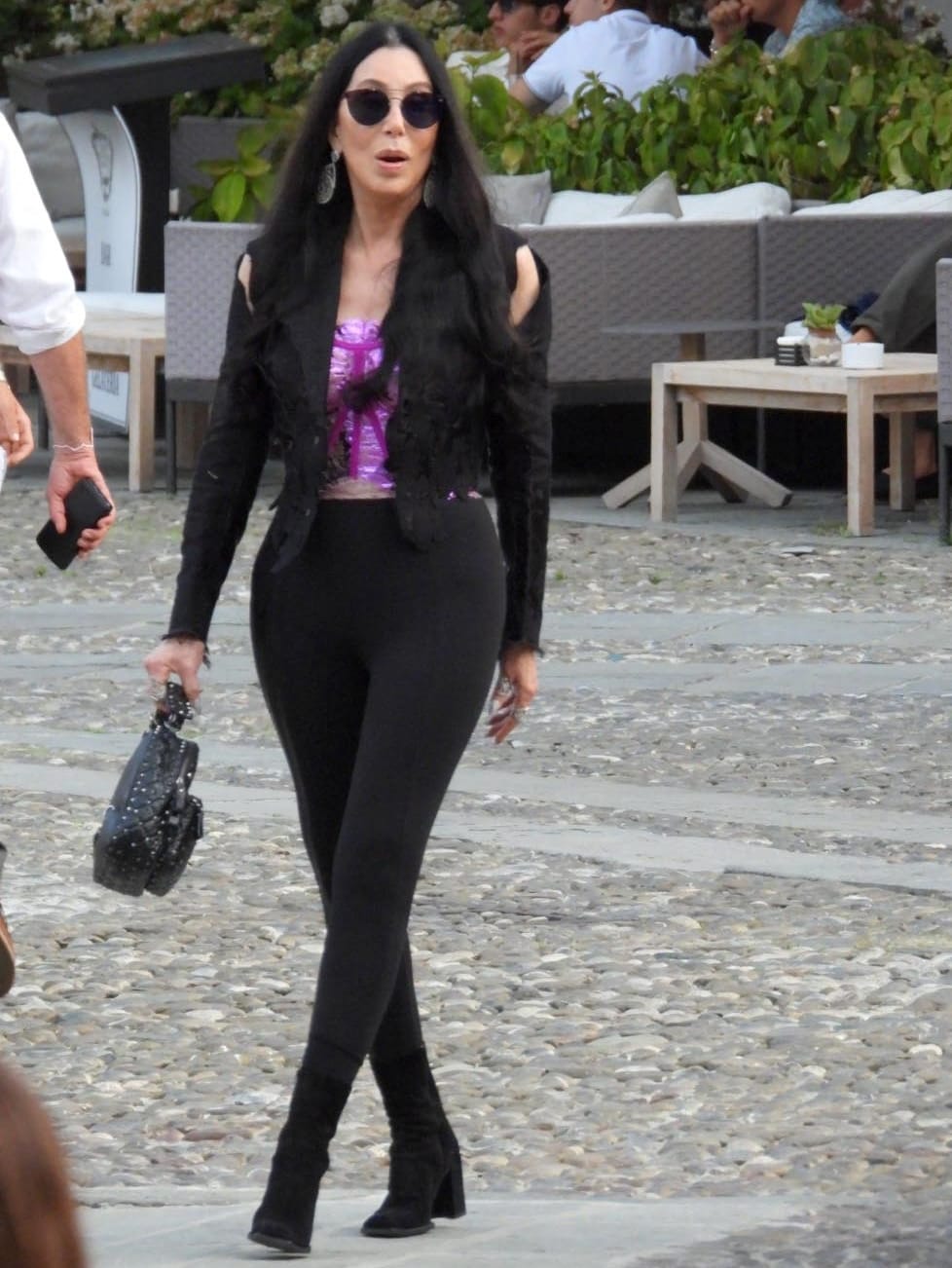 Cher wears black pants and a purple sequined top underneath a black blazer in the Italian resort of Portofino on 18, 2021 (Credit: MEGA / WENN)

Can you believe Cher is actually 75 years old? She sure is lookin’ good for her age. I’m betting she’s had her face stretched and botoxed to death, but I seriously don’t care. I love the woman; she’s simply epic, an icon in her own right. 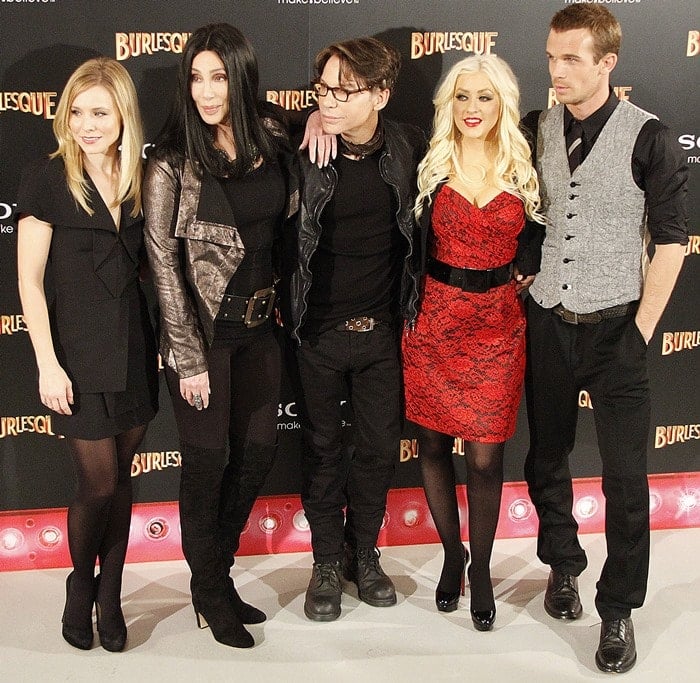 In December 2010, the legendary singer and actress promoted the American backstage musical film Burlesque in Madrid along with her co-stars Christina Aguilera, Kristen Bell, Cam Gigandet, and director Steven Antin. Guess what? I think she was the best dressed of them all! 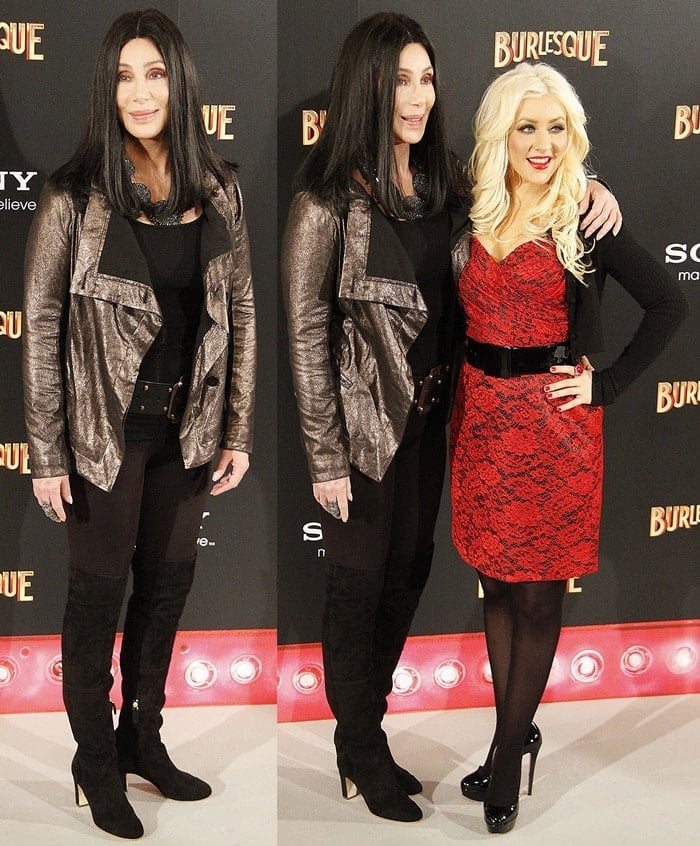 Sure, Christina was the star of the show, and she looked great in her red lace strapless number, but Cher was simply sexy cool in her sleek black suede over-the-knee boots!

She used her boots to cap off an all-black outfit that she topped with a rock star-worthy metallic jacket. 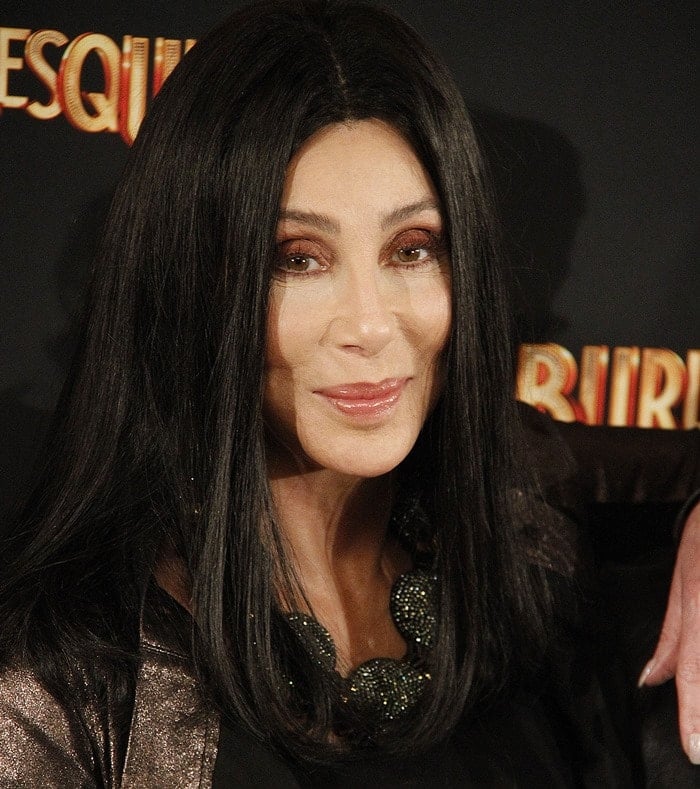 If you like suede boots, then you probably already have a couple of over-the-knee babies in your closet. If you don’t have any yet, then don’t hesitate to shop for a pair. Suede over-the-knee boots are quite abundant so you won’t have a hard time finding one you will like.

The 17 Best Pairs of High-Waisted Underwear on the Internet