Katie Holmes put her arms on display in an off-white tank top, which she tucked into a pair of baggy denim jeans. 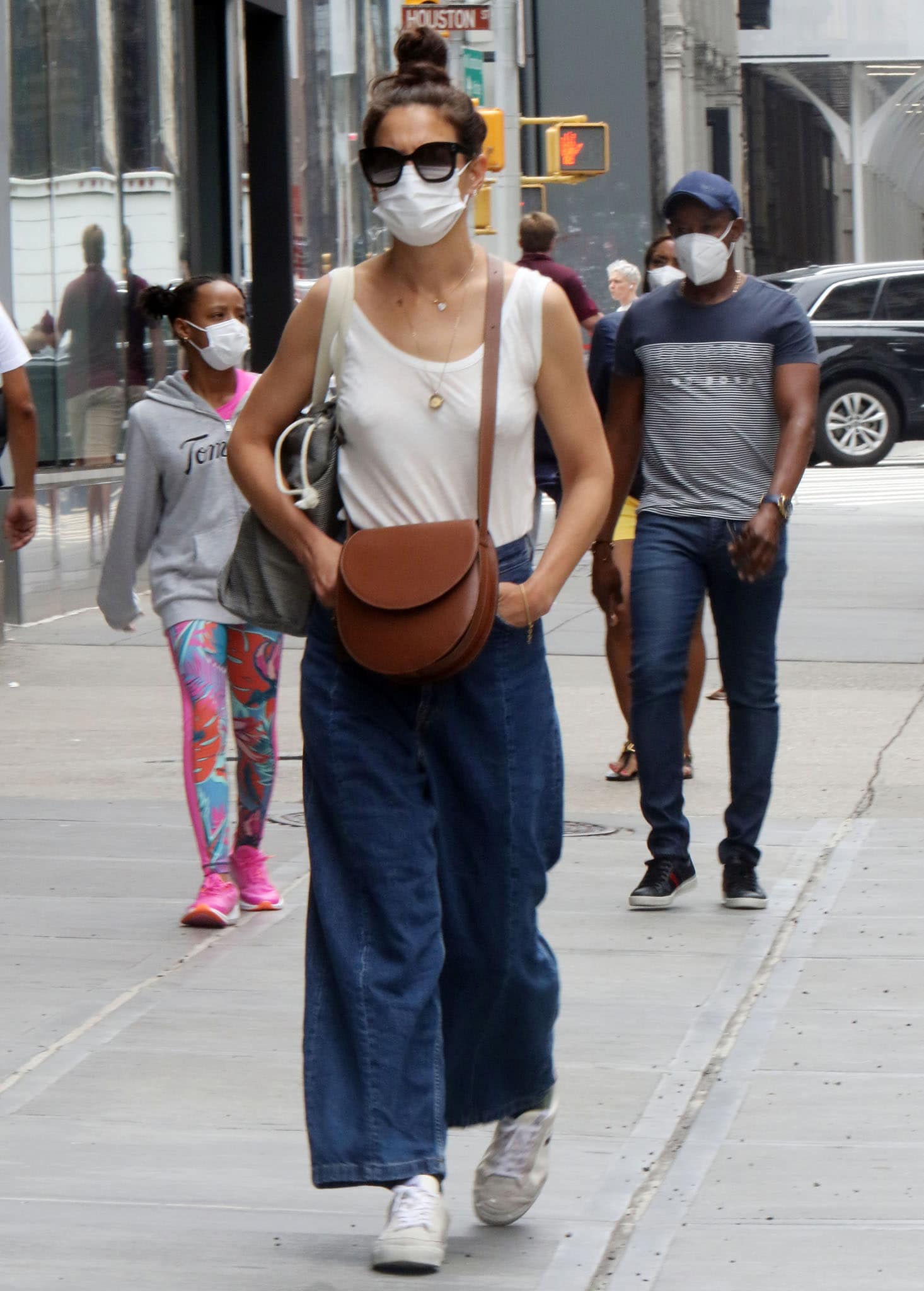 Giving the easygoing outfit some style, the 42-year-old actress layered two gold pendant necklaces around her neck. She also wore multiple earrings and added a single bracelet to the look.

In her attempt to go low-key, Katie hid her eyes behind a pair of oversized black cat-eye sunglasses from Isabel Marant. 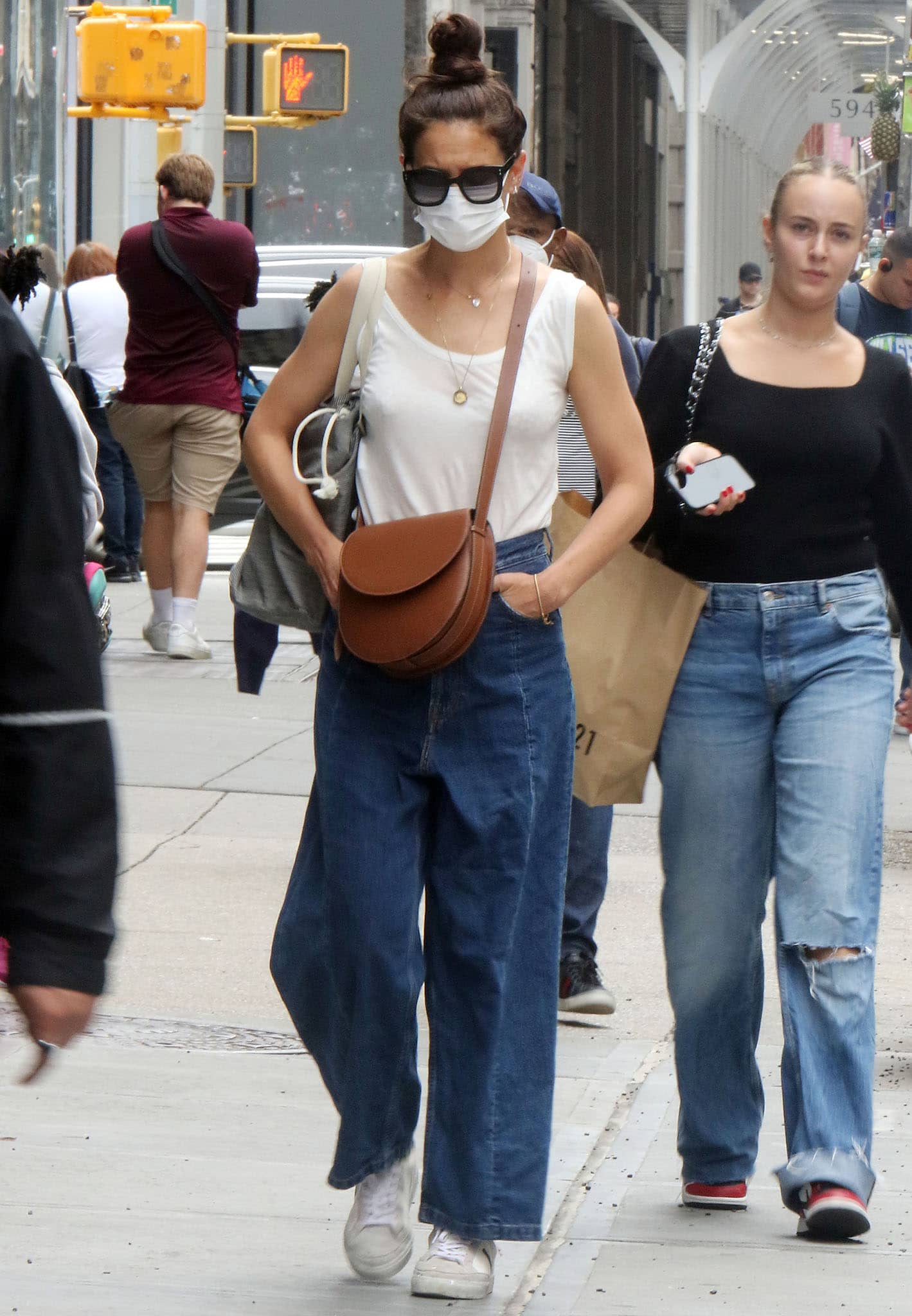 Available for $189 at Matches Fashion, the “Trendy” sunnies feature cat-eye frames inspired by the glamorous 1950s silhouettes. They are made from glossy acetate set with gradient tinted lenses and a white engraved logo at the temples. 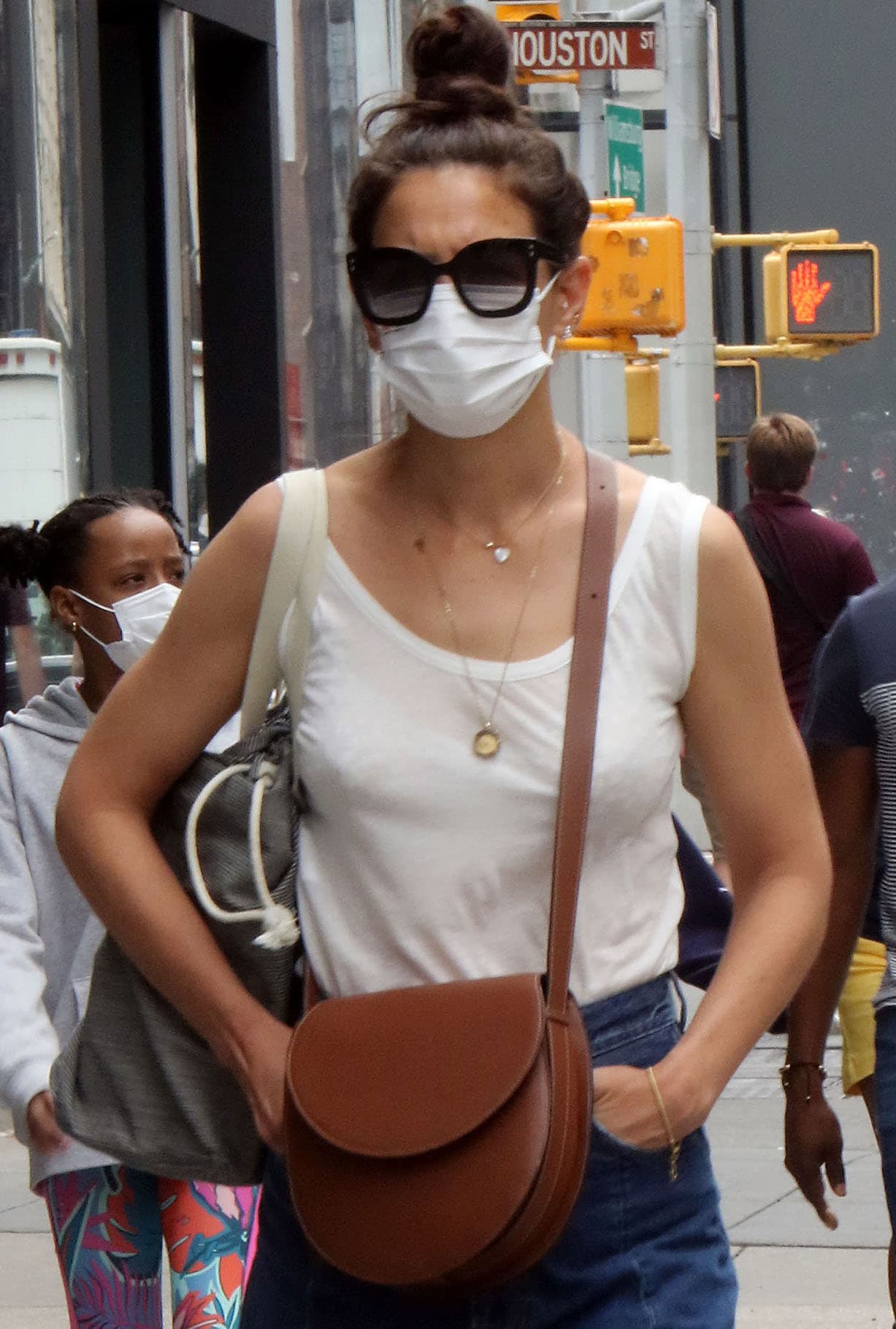 Katie Holmes wears her hair up in a casual bun as she shields her eyes behind a pair of Isabel Marant Trendy sunglasses (Credit: Mega / WENN)

Pulling her tresses up into a messy bun, Katie rounded out her casual look with Re/Done ’90s Sustainable Skate sneakers.

These casual yet sophisticated shoes feature a mixture of faux leather and faux gray suede upper with logo patches, round toes, and rubber soles. 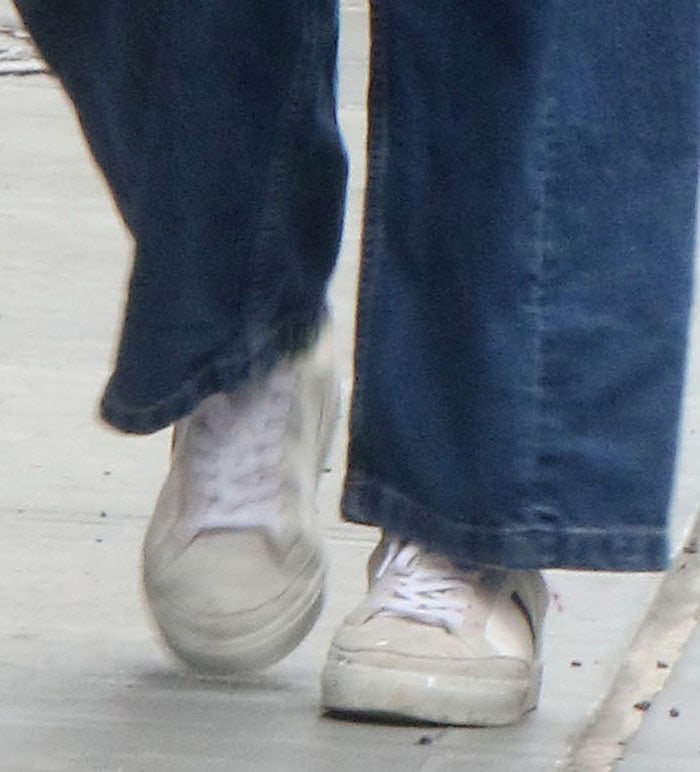 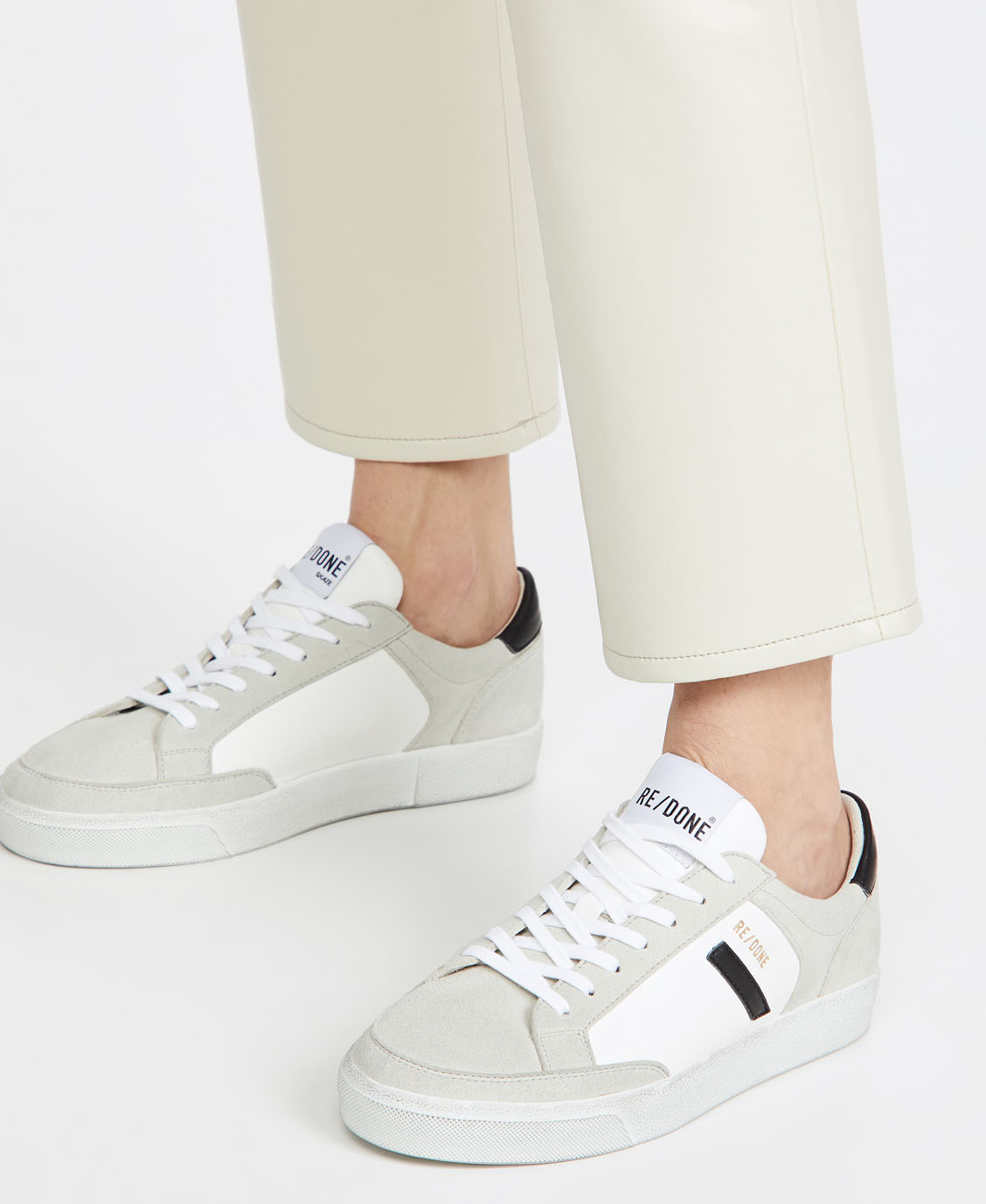 Her outing came a day after J.Lo’s ex Alex Rodriguez was spotted leaving a fancy Manhattan apartment building that is home to Katie and her daughter Suri.

The sighting immediately sparked romance rumors between the two, who are both recently single. Alex split from Jennifer Lopez in April, while Katie and Emilio Vitolo Jr. called it quits last month.

A rep for Katie, however, shut down the rumors and told E! News that Katie “doesn’t know him.”

According to a Page Six source, Alex was in the building for apartment hunting. “Alex is looking at lots of different apartment, he didn’t even realize it was Katie’s building – he’s never met her.”

What a Fashion Editor Would Buy From Mango's Big Sale