Home » Shoes » How Old Was Emma Stone as Natalie Sandler in The House Bunny?
Shoes

How Old Was Emma Stone as Natalie Sandler in The House Bunny?


In September 2018, The House Bunny actress Emma Stone showcased her cool style while stepping out at the premiere of her new film “The Favourite” as part of the New York Film Festival held at Alice Tully Hall, Lincoln Center in New York City.

She was joined by her co-stars Joe Alwyn, Nicholas Hoult, and Olivia Colman, as well as director Yorgos Lanthimos. 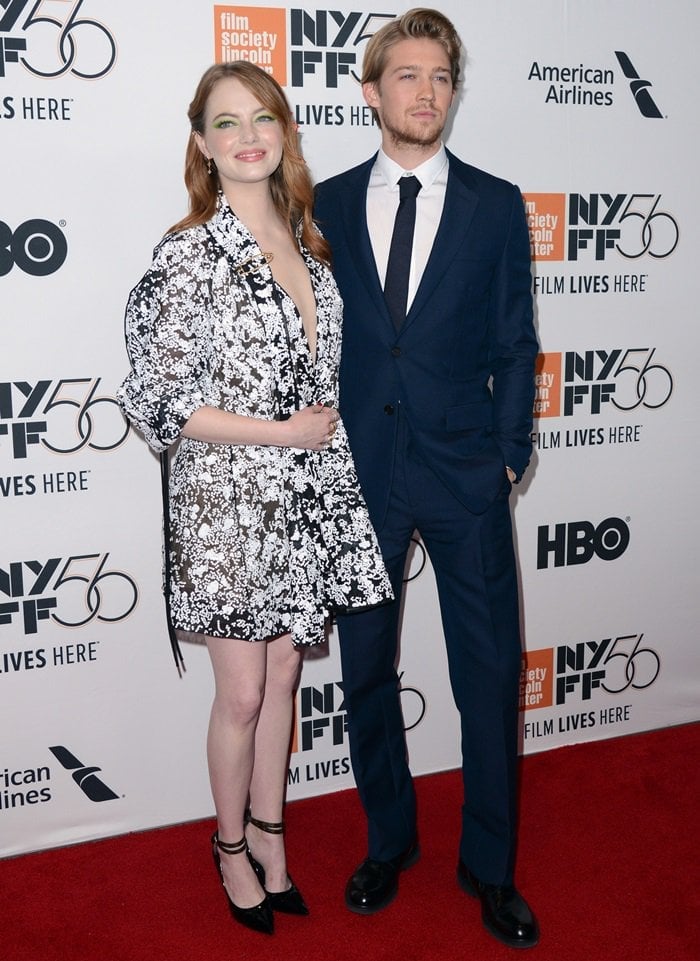 A moderate commercial success, along with her co-stars in the movie she performs a cover version of the Waitresses’ 1982 song “I Know What Boys Like.” 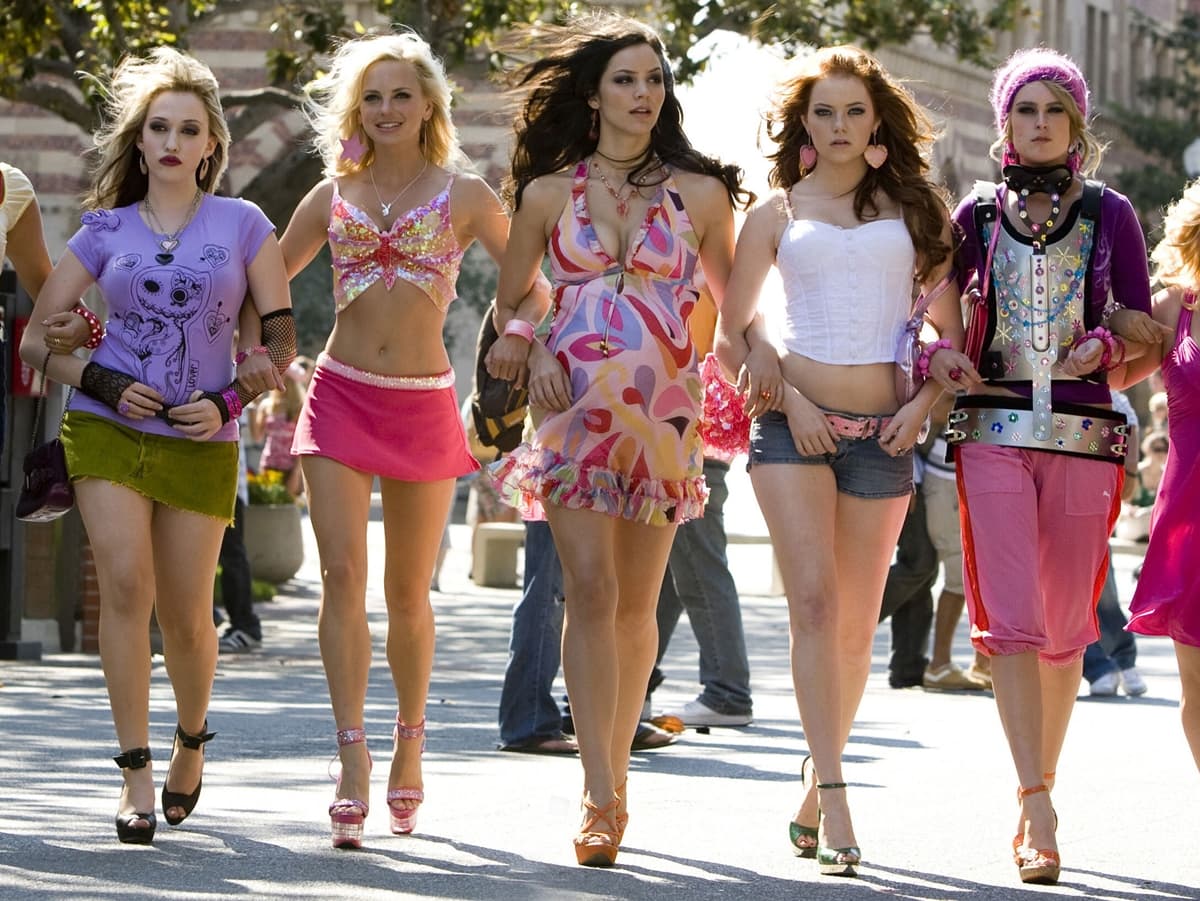 “Originally, I went in to read Ashley, who is the president of our rival sorority, and she’s a little more high-strung and more about her enemies instead of her friends,” Emma told North by Northwestern in June 2008 about her audition for The House Bunny.

“So I went in with that mentality, and then they had me read Natalie, and everything kind of changed. Peeking into the script, I liked where these characters were coming from. They’re trying to improve themselves, not just for boys or popularity, but because they want to take control of their life,” she added. 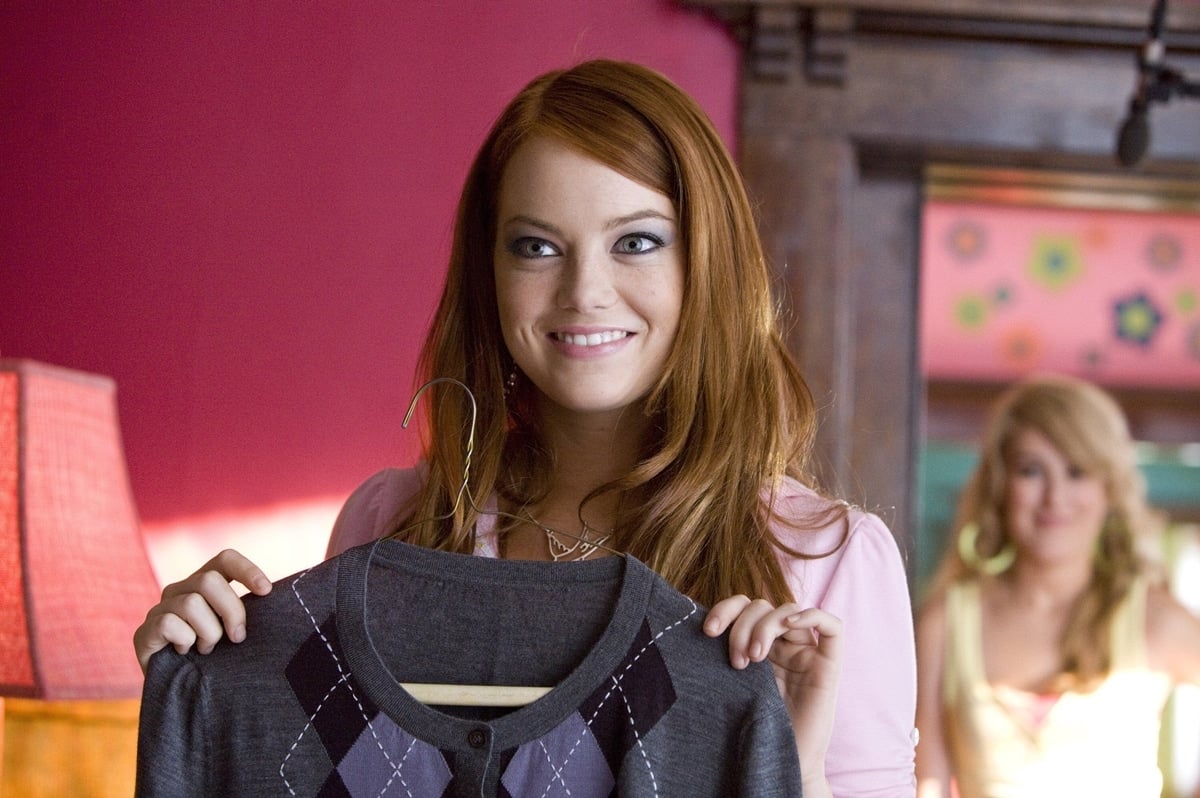 Emma Stone 18 years old when filming The House Bunny during the summer of 2007 (Credit: Sony Pictures)

“I thought it was very true to the years you are in college — trying to grow into the person you’ll become — and a lot of the characters go through the same thing, so it was cool and interesting.” 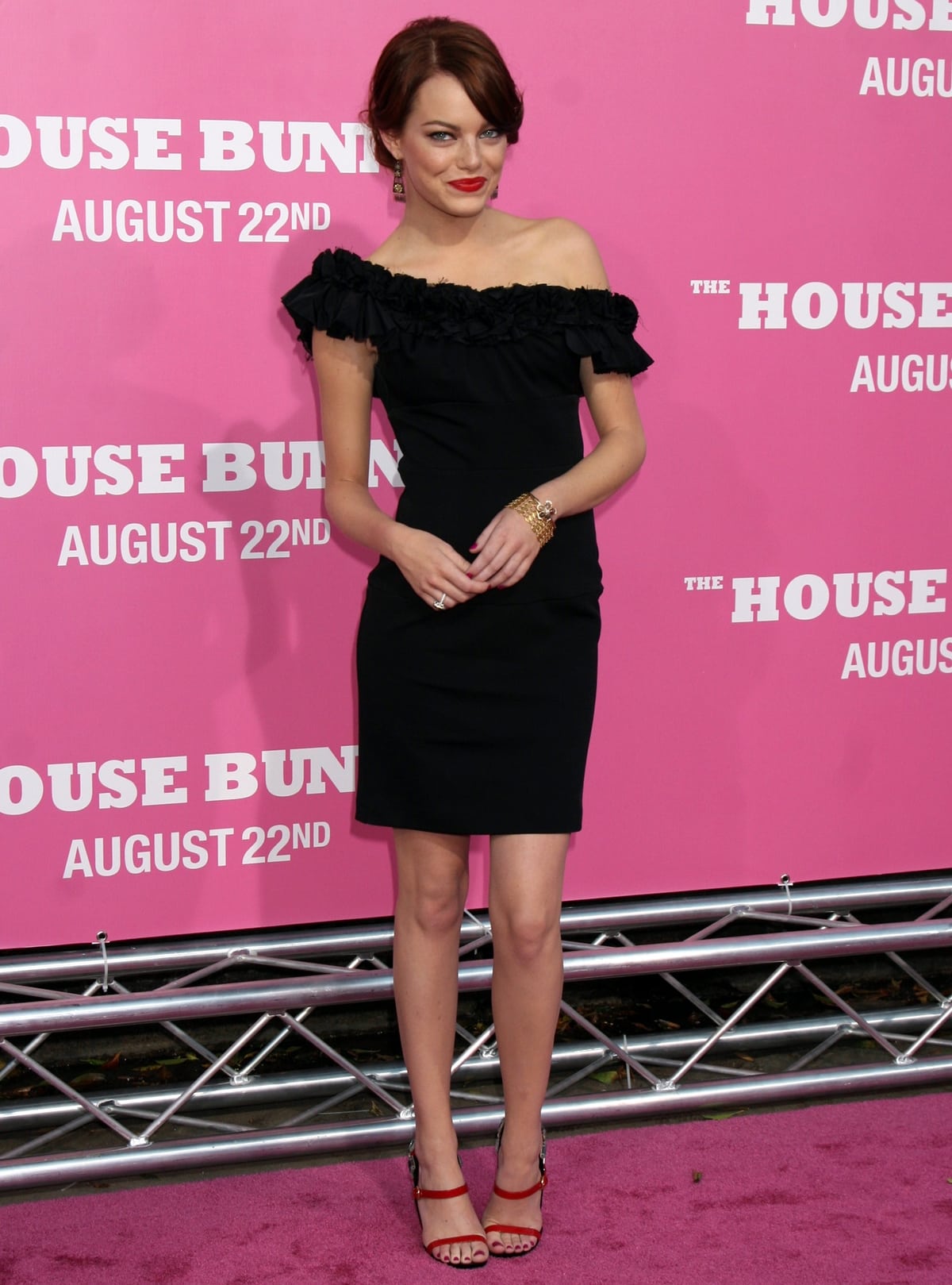 The Spider-Man actress was 19 when attending the premiere of The House Bunny in August 2008. 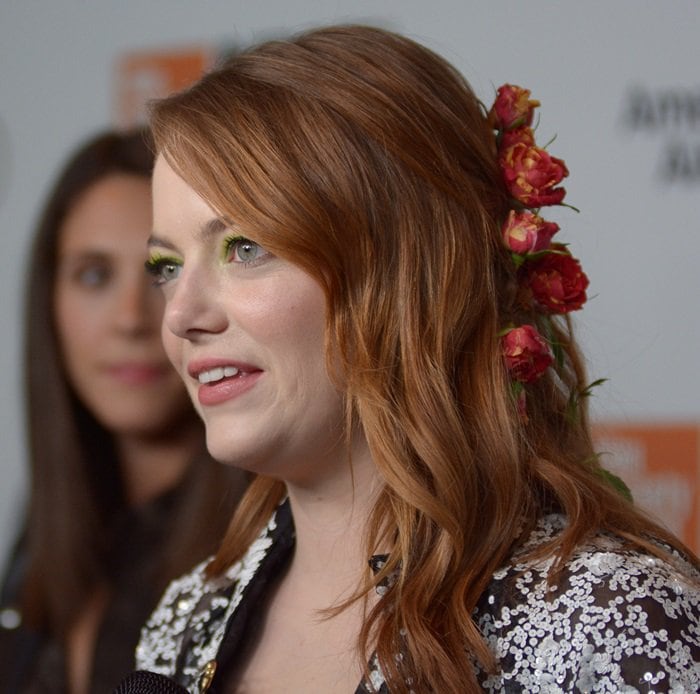 At the premiere of the 2018 period black comedy film “The Favourite,” the then 29-year-old actress flaunted her gorgeous legs in a printed dress from the Louis Vuitton Resort 2019 Collection and long diamond earrings from the same French fashion house and luxury retail company.

With beautiful roses intertwined into her hair, Emma showed off her pretty feet in ‘Call Back’ pumps in glossy patent calf leather. 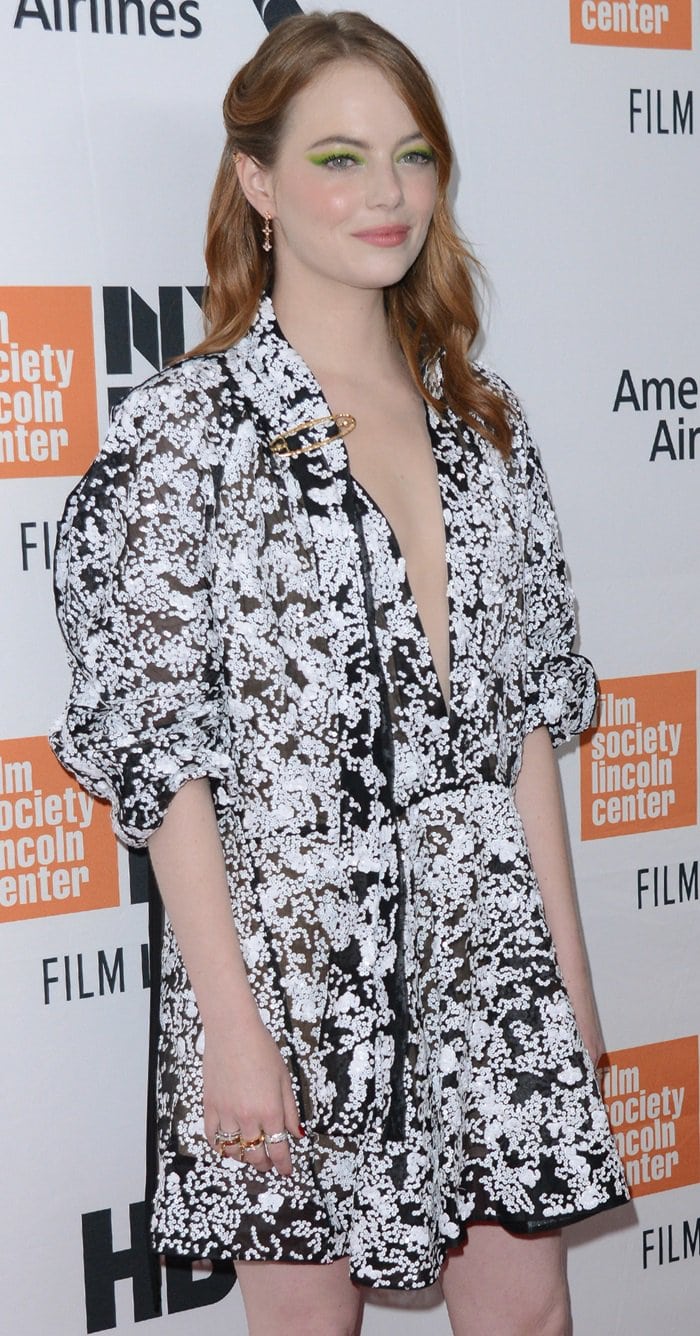 Its key detail, an adjustable double ankle strap in patent Monogram canvas, not only gives this shoe a recognizable Louis Vuitton touch but is also extremely feminine. 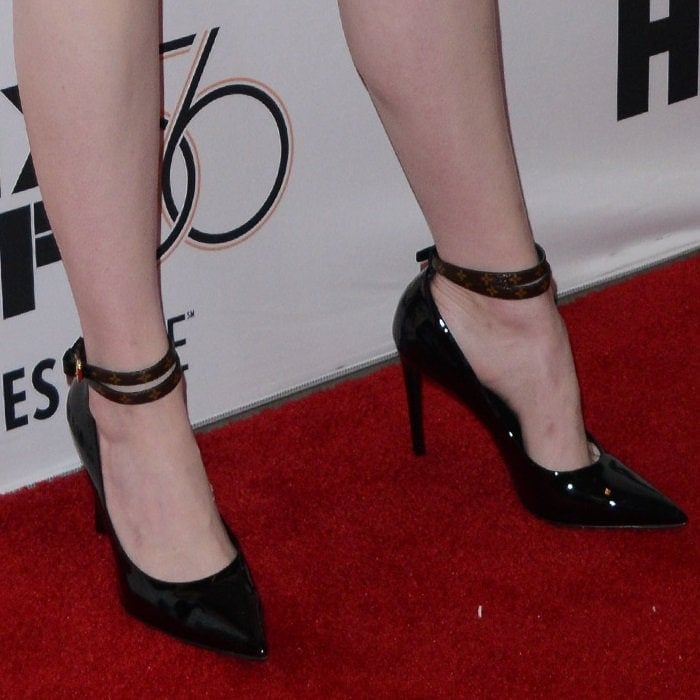 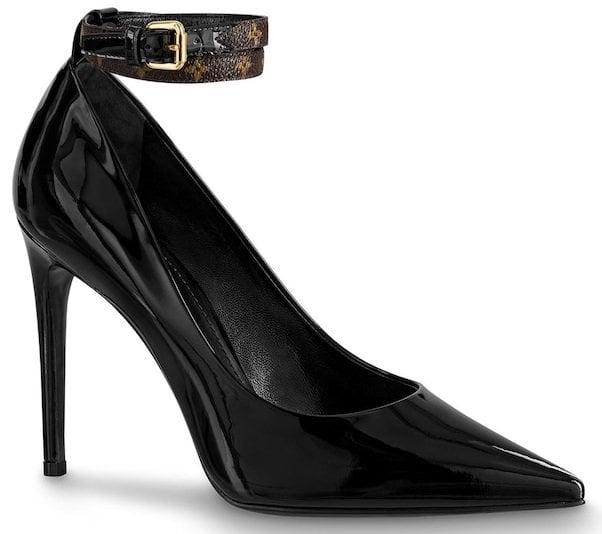 Earlier the same month, Emma Stone shone on the red carpet while attending the season one premiere of Netflix’s ‘Maniac’ at Center 415 in New York City. 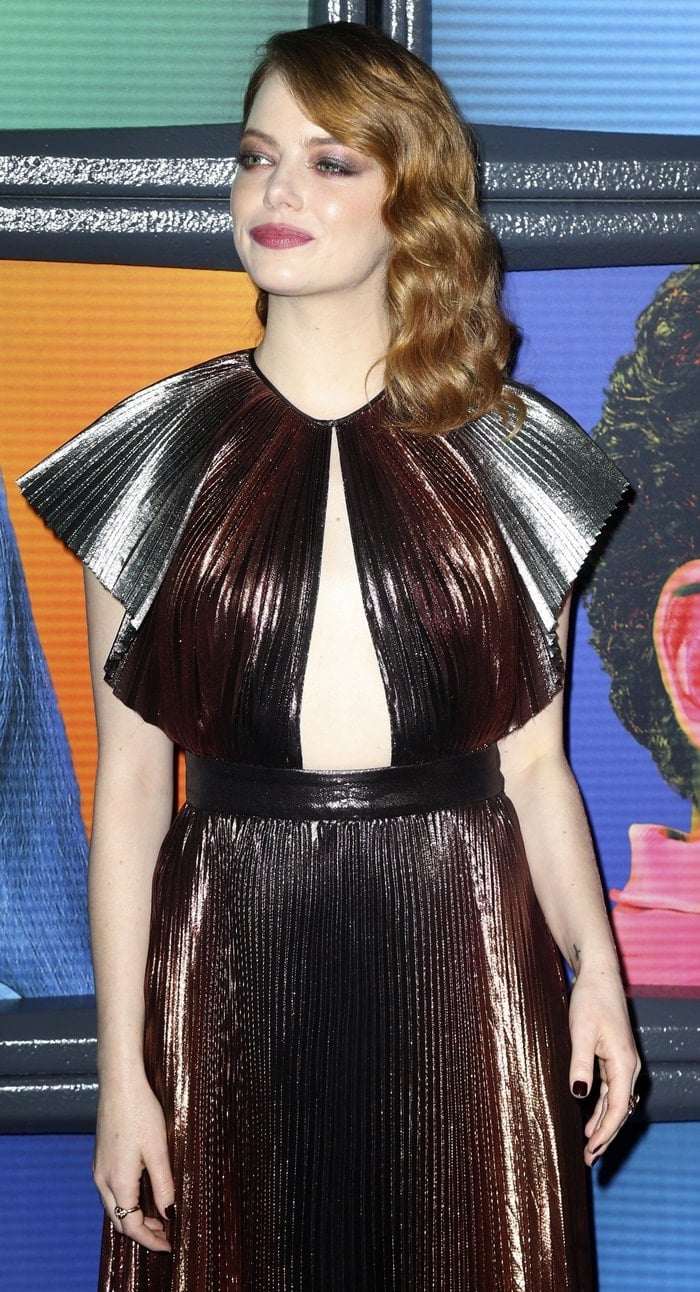 Looking spectacular in a rainbow metallic pleated gown from the Givenchy Resort 2019 Collection, she completed the ensemble with drop earrings by Bulgari and bronzed eye makeup. Which of the two looks do you like best? 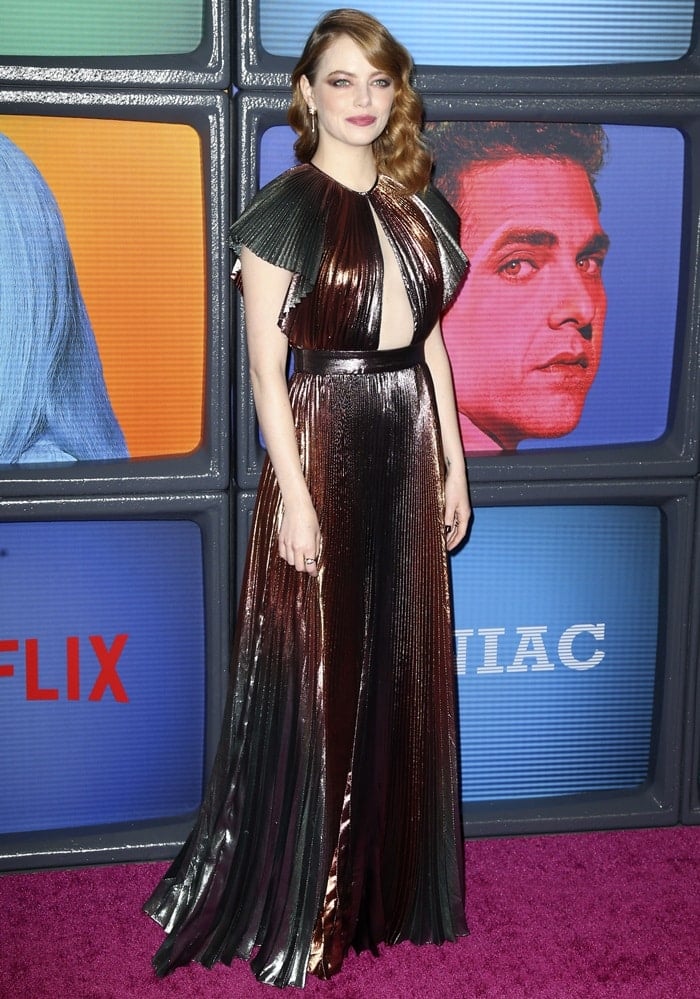 Emma Stone attending the season one premiere of Netflix’s Maniac at Center 415 in New York City on September 20, 2018 (Credit: WENN)