Home » Shoes » How Old Was Freida Pinto as Latika in Slumdog Millionaire?
Shoes


With spring just around the corner, in February 2016 Slumdog Millionaire actress Freida Pinto jumped right into the new season with a floral-printed pastel dress that she wore at the 31st Film Independent Spirit Awards held at Santa Monica Beach. 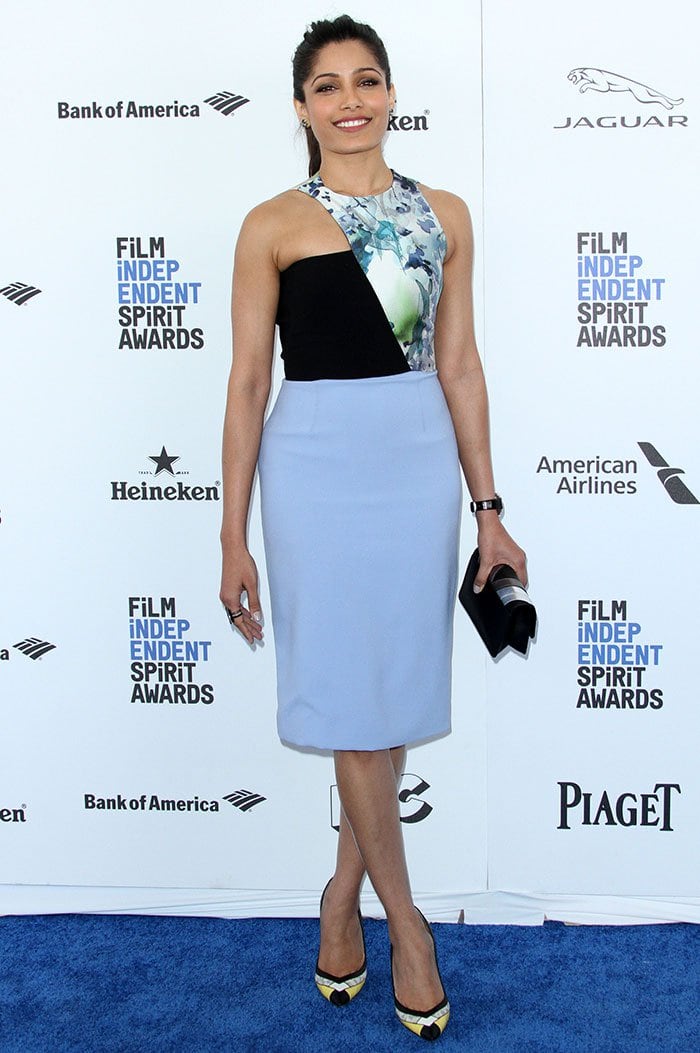 8 years earlier, she had her breakthrough with her film debut as Latika in the drama 2008 British drama film Slumdog Millionaire.

Before she was cast to play the female lead in Danny Boyle’s phenomenally successful film, she had just finished hosting an Indian travel show and was close to quitting the business. 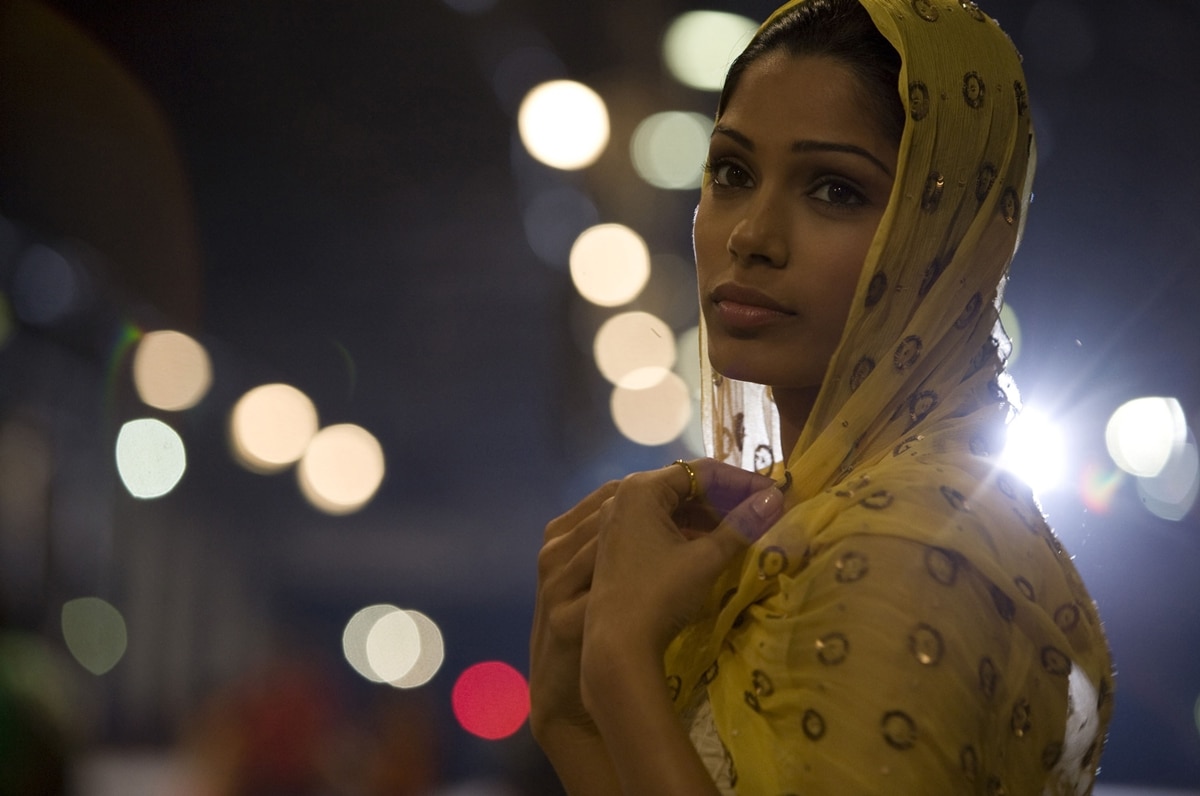 “I’m glad things happened the way they happened. I needed to be rejected, and I needed to learn that it’s part of the game,” she told Interview Magazine about being rejected for numerous other roles.

“I said, “It’s okay. I can have 100 rejections, but I’m sure there’s going to be one particular thing that is almost destined for me to have, and I am going to have it.” Some of those things I got rejected for, I look back and say, “Oh, my god, I’m so happy that happened.” There would be a lot of things I would have regretted.” 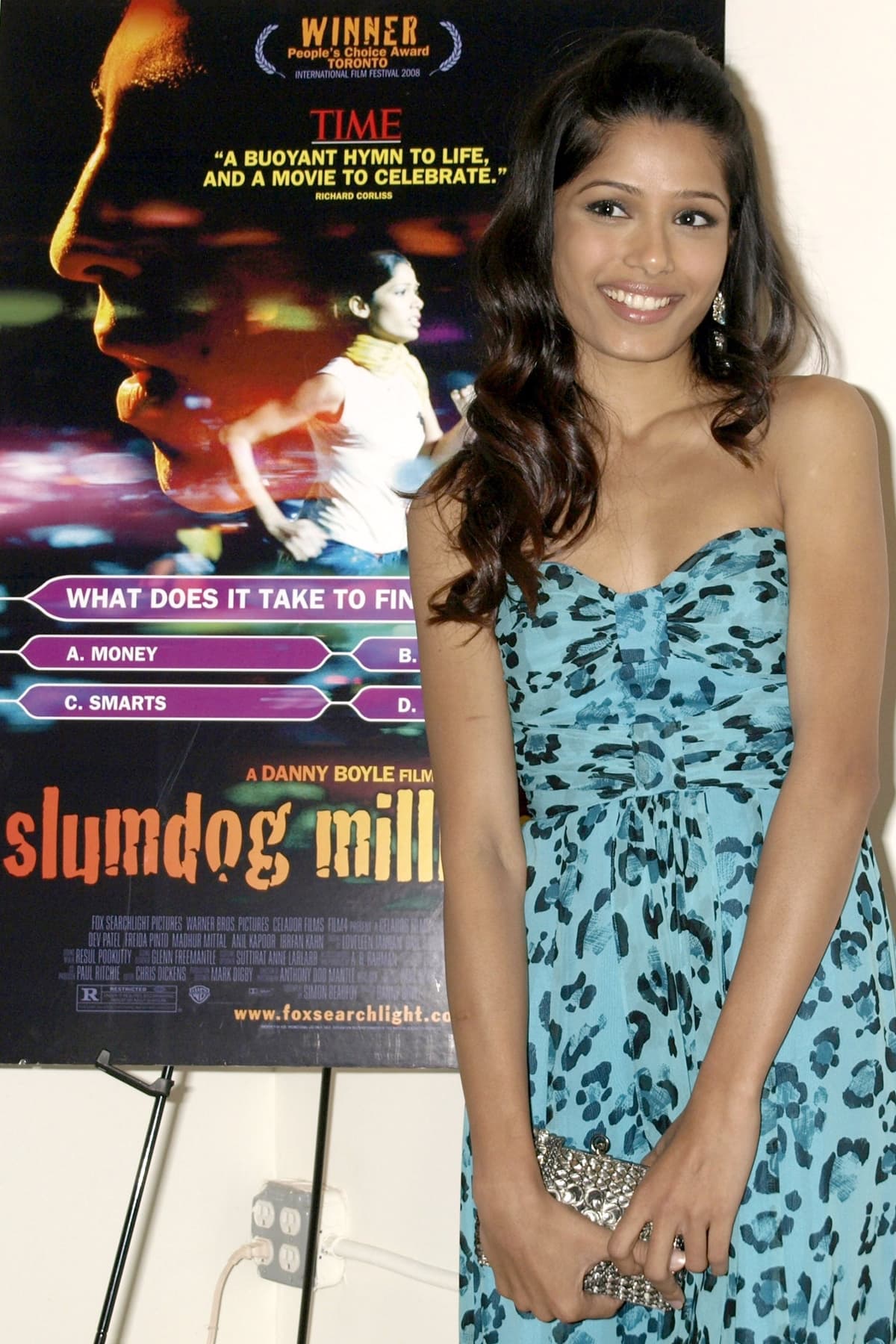 In June 2021, the actress announced that she is pregnant and expecting her first child with fiancé Cory Tran. They announced their engagement in November 2019 after dating for around 2 years. 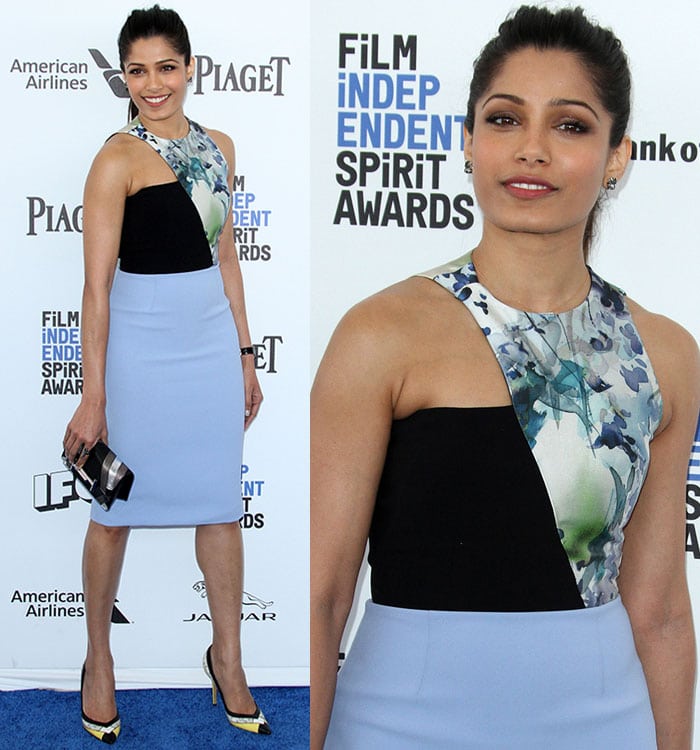 Her dress features a black tube top with an asymmetric floral pattern overlay and a form-fitting pastel blue pencil skirt that fell right at her knees.

Freida amped up the edge of the look by styling it with black accessories, including a clutch from Tod’s with a metallic design, a Dauphin ring, a pair of John Hardy earrings, and a new Audemars Piguet watch that boasts 578 diamonds. 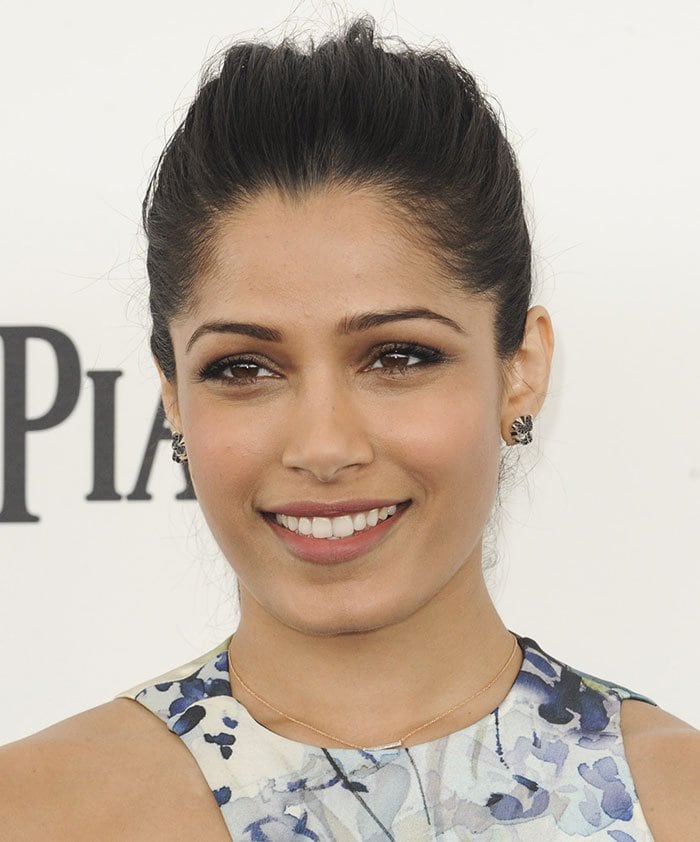 The “Slumdog Millionaire” star pulled her hair back into a chic ponytail that highlighted her bone structure. She sported taupe metallic eyeshadow, soft pink lipstick, and blush. 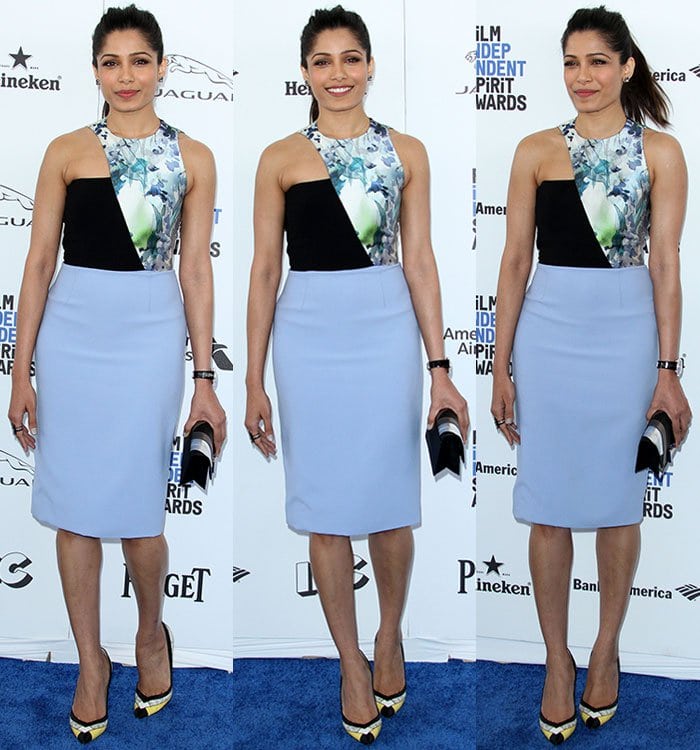 Freida rounded out her spring look with a pair of yellow and black Salvatore Ferragamo “Susi” pumps. 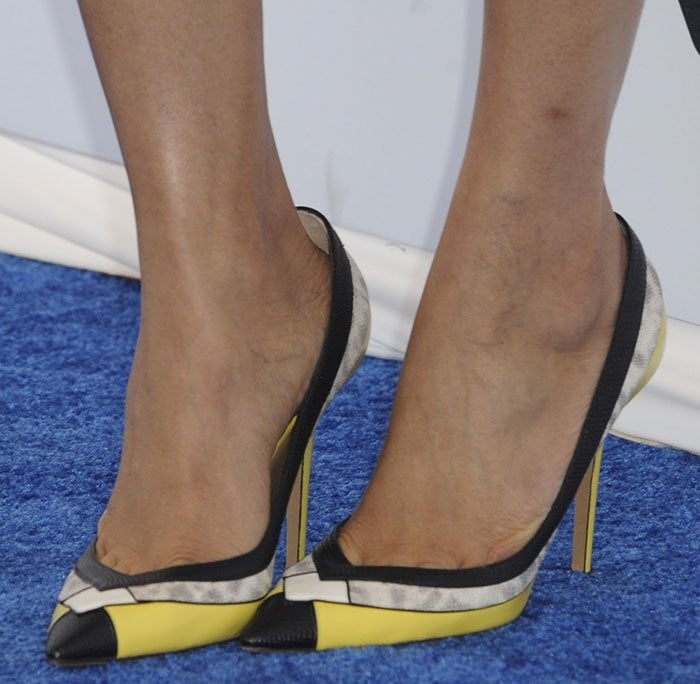 These pointed-toe pumps feature overlapping stripes of lizard-embossed leather and about 3.75-inch heels. 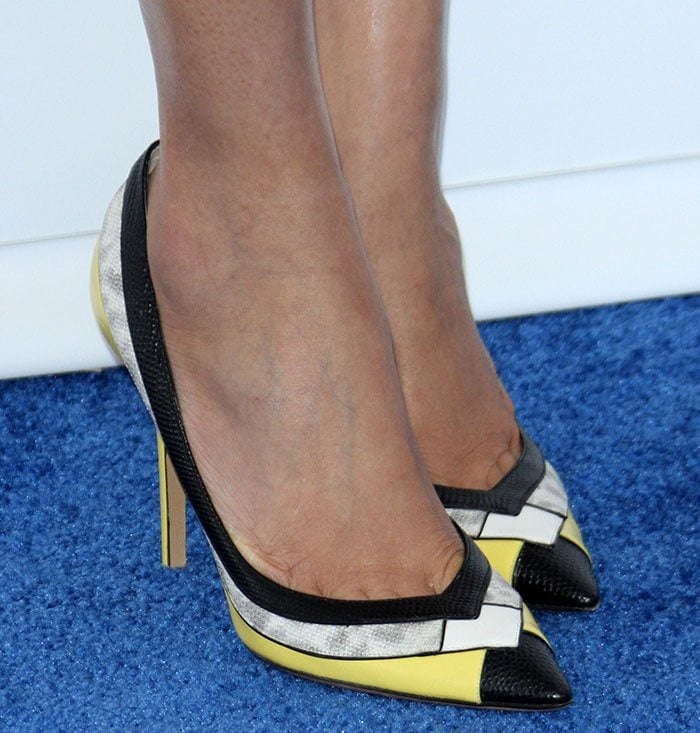 These Salvatore Ferragamo pumps are available in different versions at Shopbop, Farfetch, and Nordstrom. 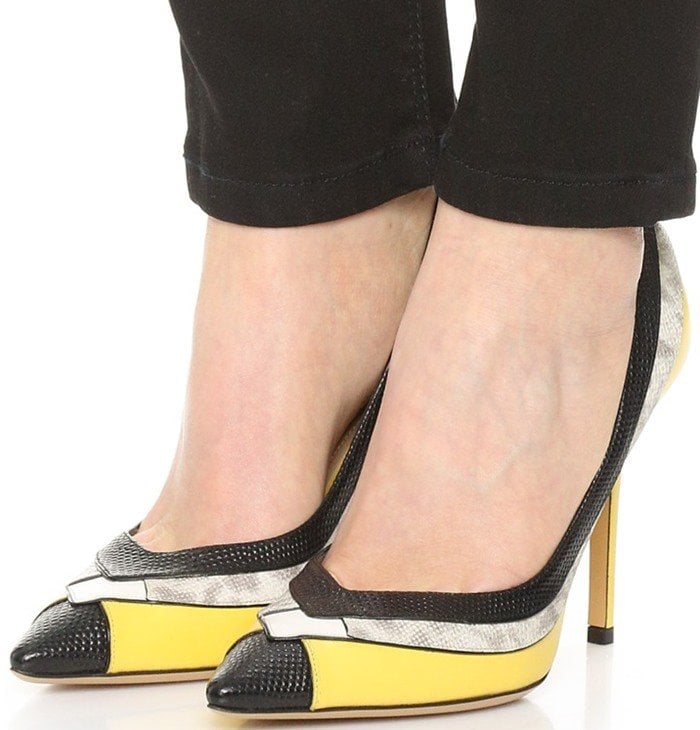 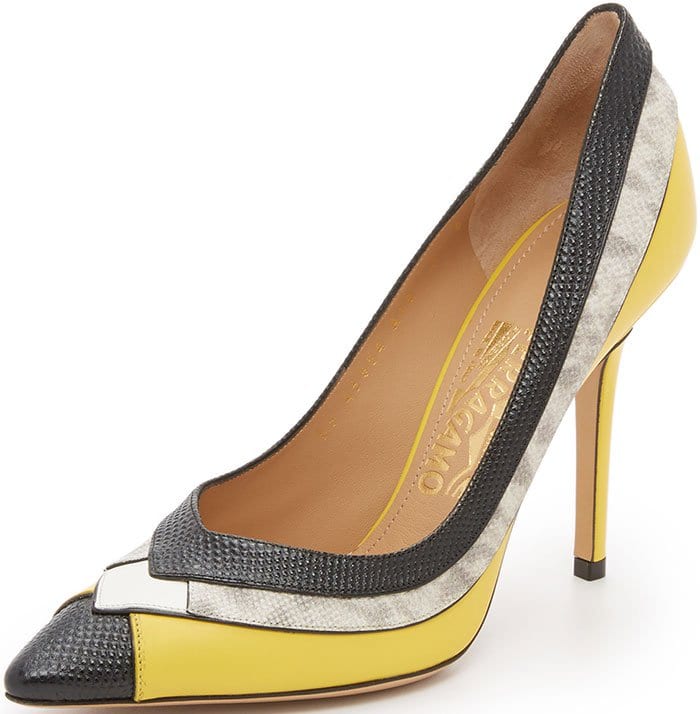 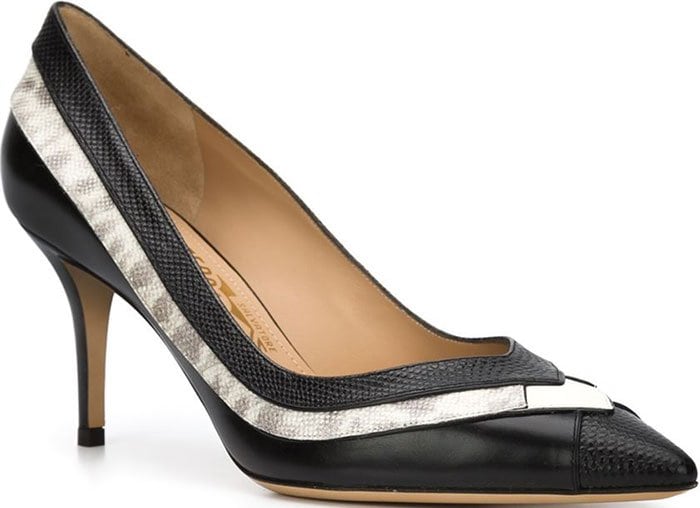 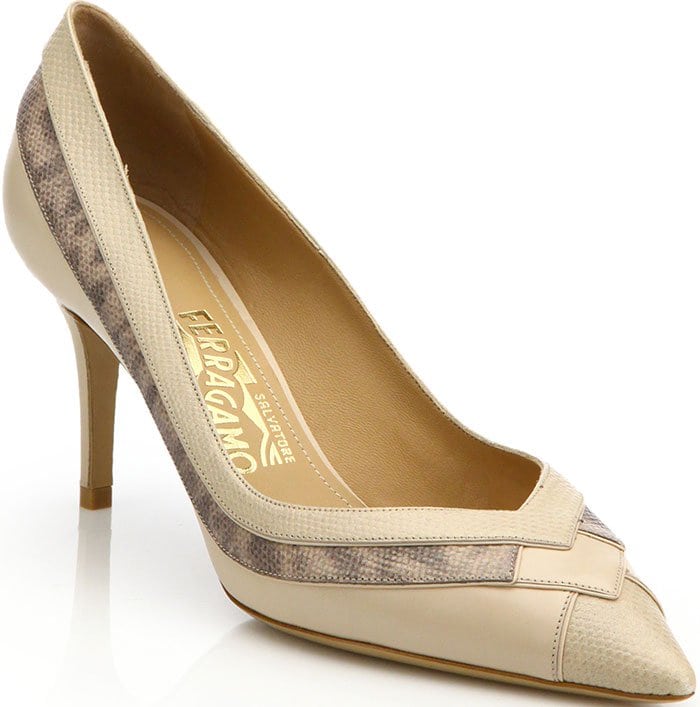 I Scrolled Through Nordstrom and Found These 26 Must-Haves