Home » Shoes » How Old Was Kate Hudson in How to Lose a Guy in 10 Days?
Shoes

How Old Was Kate Hudson in How to Lose a Guy in 10 Days?


In March 2016, “How to Lose a Guy in 10 Days” actress Kate Hudson had a playful time with the rest of the “Kung Fu Panda 3” cast at the film’s European premiere held at London’s Leicester Square. 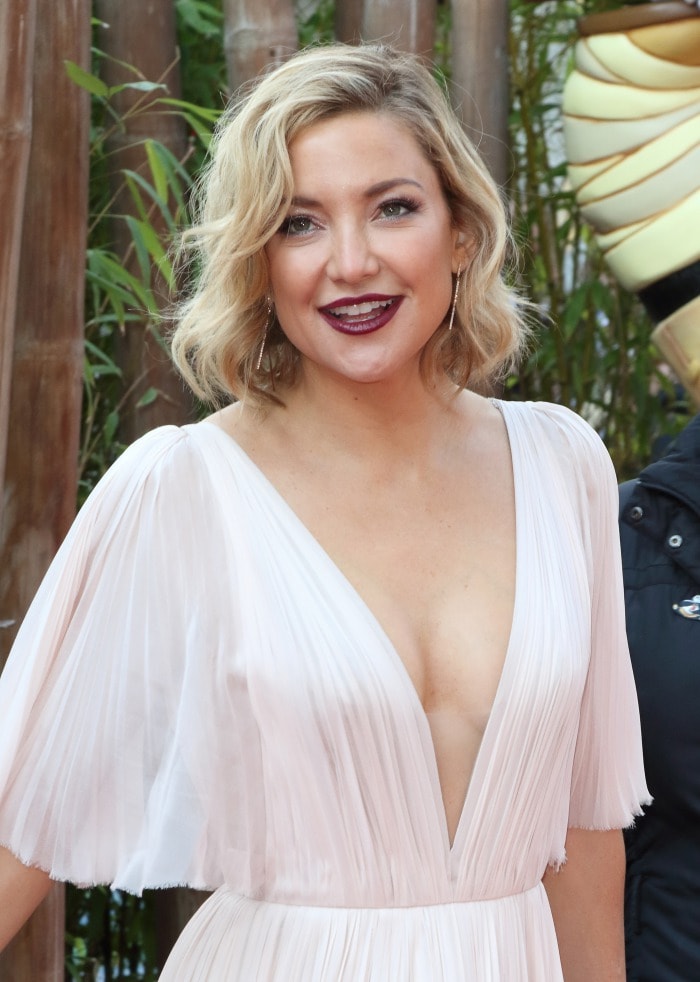 Kate Hudson wears her hair down at the European premiere of “Kung Fu Panda 3” held on March 6, 2016, at the Odeon in Leicester Square in London (Credit: WENN)

13 years earlier, she starred with Matthew McConaughey in the 2003 romantic comedy film How to Lose a Guy in 10 Days. 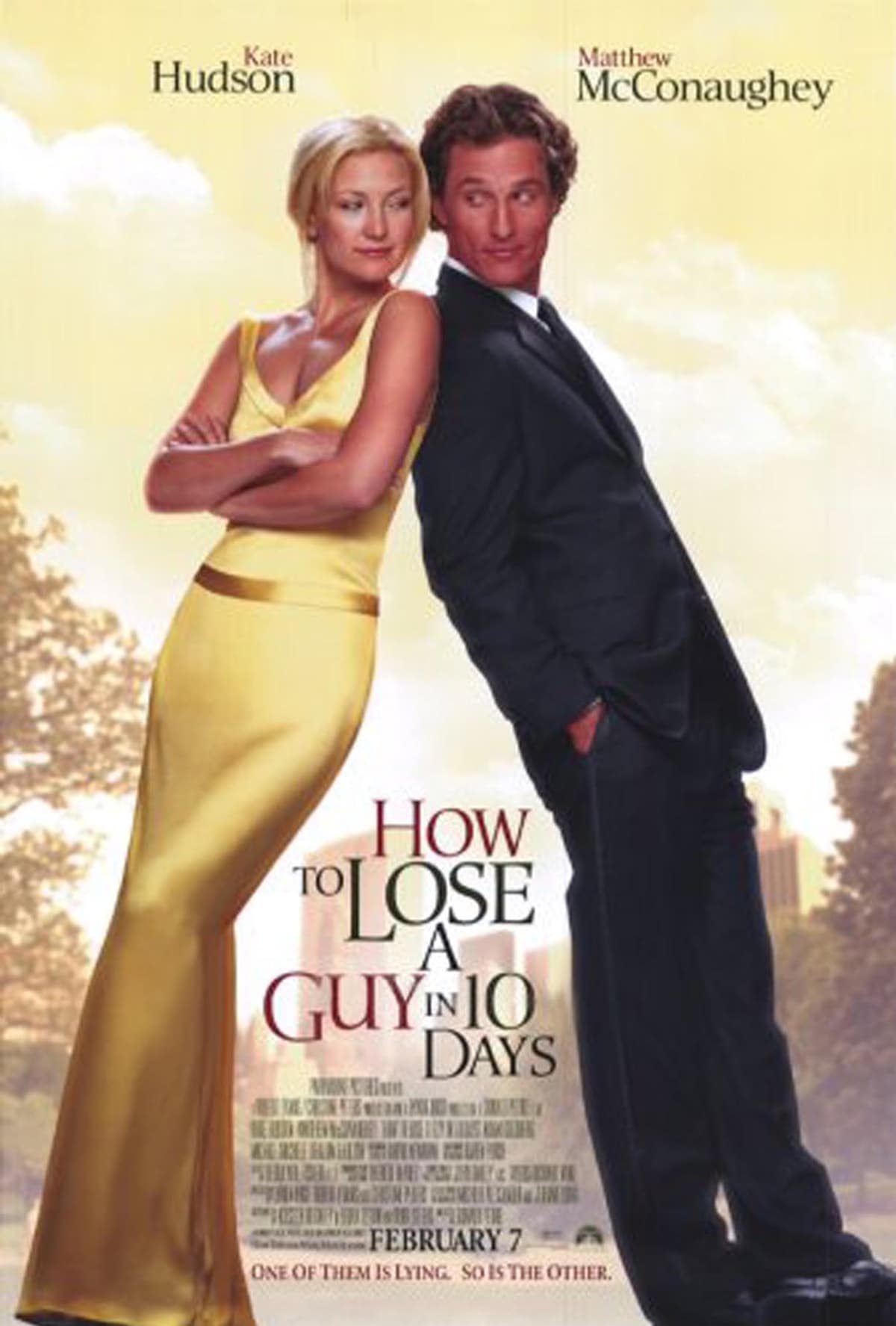 Kate Hudson starred with Matthew McConaughey in the 2003 romantic comedy How to Lose a Guy in 10 Days (Credit: Paramount Pictures)

Based on a short comic book of the same name by Michele Alexander and Jeannie Long, the film was a box office success despite mixed reviews from critics.

Starring as Andie Anderson, a writer for the women’s magazine Composure who starts dating a guy and eventually drives him away using only the “classic mistakes women make” in relationships, she successfully improvised some of the funniest scenes in the film. 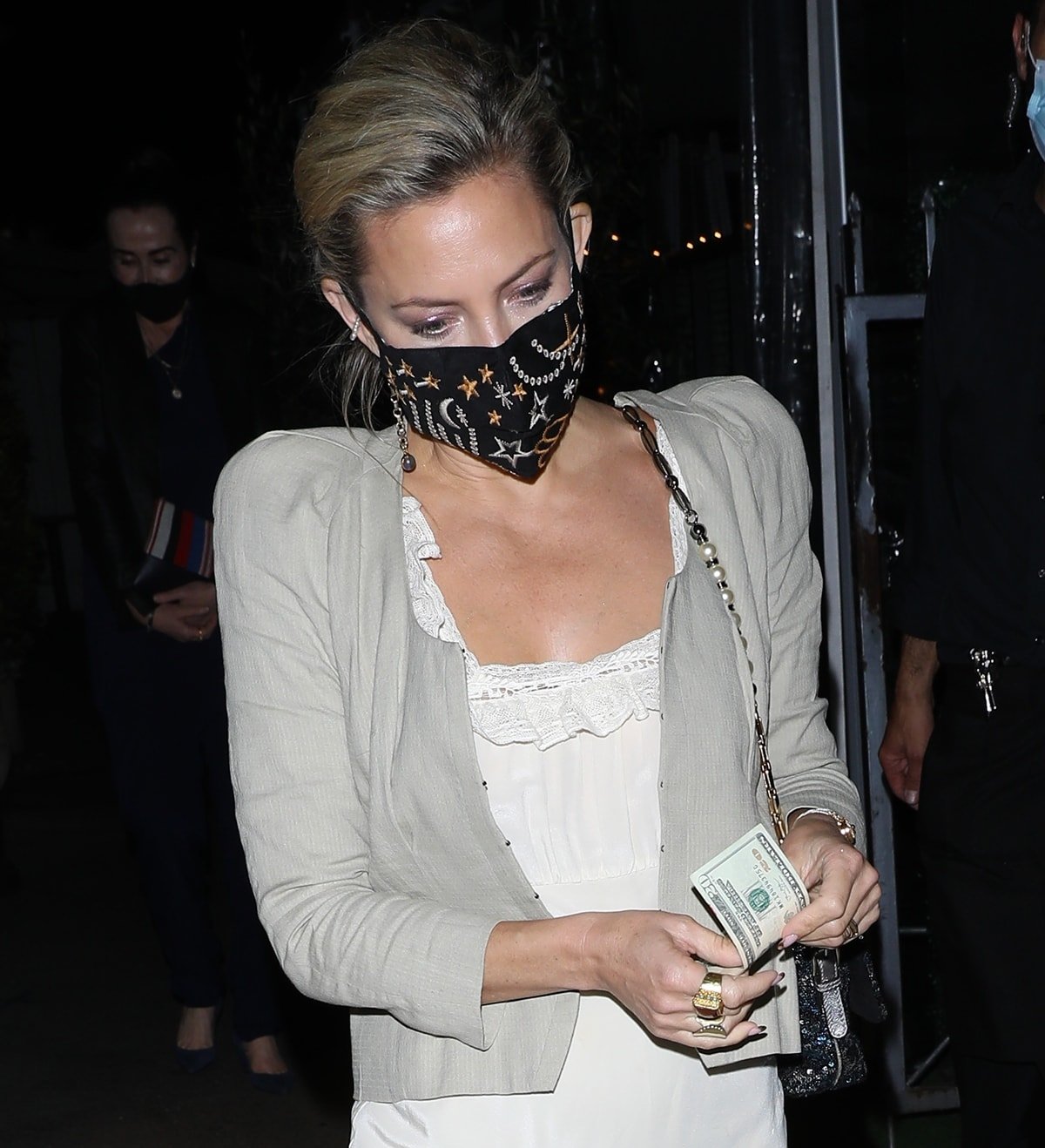 “I’m very sneaky as a director. I’d go over to Kate and say, ‘OK, in this next take, don’t tell Matthew, but do this.’ She would do it. What’s great is that, because they’re such consummate professionals, they never break character. They just go with it. They just wing it. I never say ‘Cut!’ at the end of a scene,” director Donald Petrie told BBC.

“I love a lot of improv because it’s all about the moment. There can be great chemistry, but if it happens at the water cooler when the cameras aren’t rolling, you’ve got nothing. It’s the chemistry that happens at that moment when it’s in focus. Actually, my favorite scene in the movie is when there are no words whatsoever. It’s when she wants him to seduce her so she can say no, and he’s determined not to seduce her so he won’t seem like the cad that he is. The cross purposes with no words really play well,” he added. 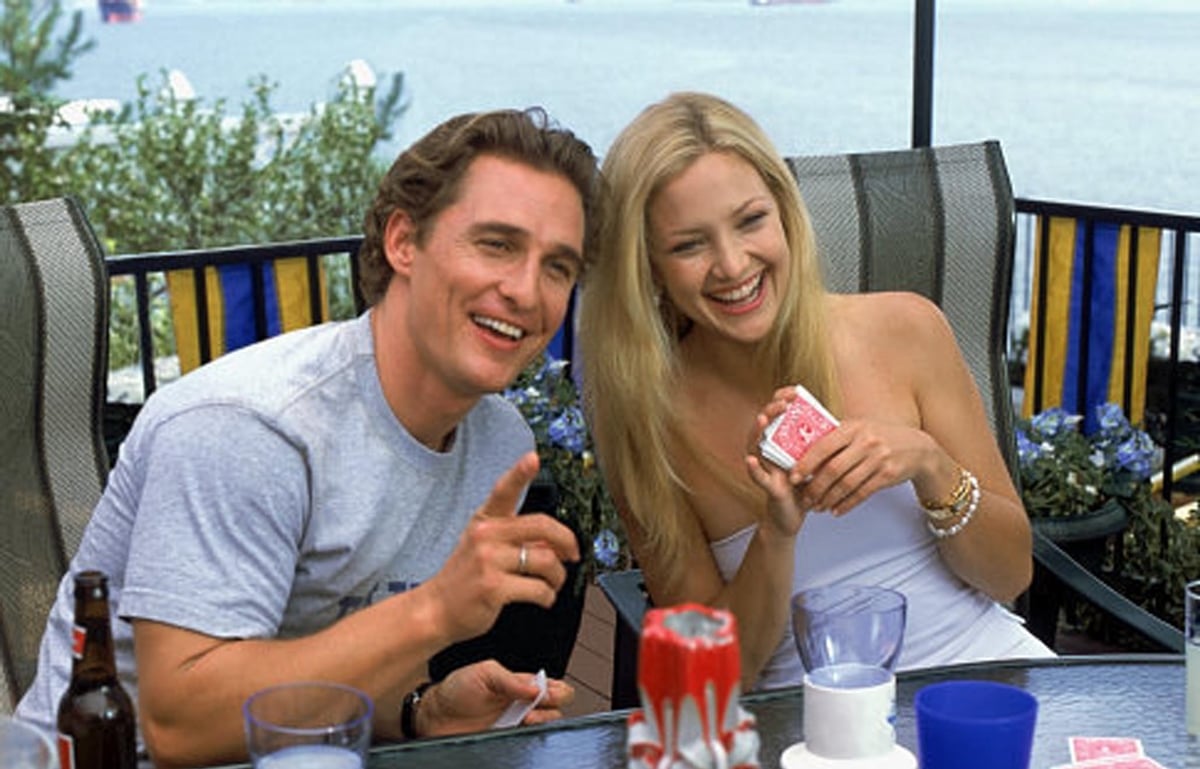 Kate Hudson and Matthew McConaughey improvised many scenes in How to Lose a Guy in 10 Days (Credit: Paramount Pictures)

One improvised scene is when Kate Hudson as Andie Anderson jumps on Matthew McConaughey as Benjamin Barry and smothers him with kisses after introducing him to their new dog, Krull. McConaughey was genuinely surprised and did not have to act.

“She’s adorable. She’s very natural, loose, and free. She’s smart… savvy is a better word. She gets the joke, whatever the joke may be. Not just the obvious joke – she gets that too – but she’ll laugh at the subplot that’s a little funnier than the obvious joke. She’s a young girl, and, at the same time, has that savvy of a woman. She’s a mix of a hippie and a woman who likes blue ribbons and gold medals. She’s ambitious. She likes to win,” Matthew McConaughey said about his co-star Kate Hudson. They reunited five years later in the 2008 American action-comedy romance film Fools Gold. 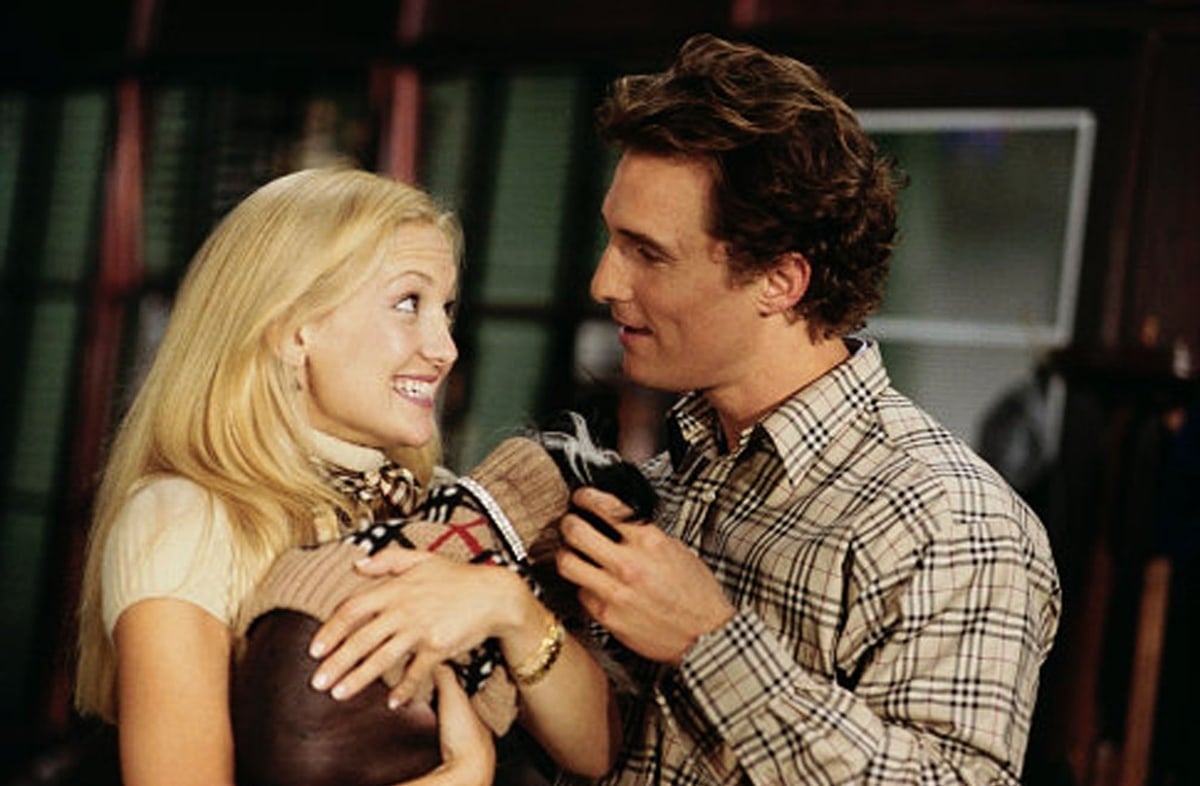 Matthew McConaughey was 33 Kate Hudson was 23 years old when How to Lose a Guy in 10 Days was released in 2003 (Credit: Paramount Pictures)

The yellow silk dress Hudson wears at the end of the movie was created by Venezuelan-American fashion designer Carolina Herrera and has apparently been lost.

“You know what? I have no idea where that dress is!” Hudson told Elle. “I know it was [designed by] Carolina Herrera and our amazing costume designer designed the dress with Carolina’s team. I do not know where it is, but I feel like we should find it!” 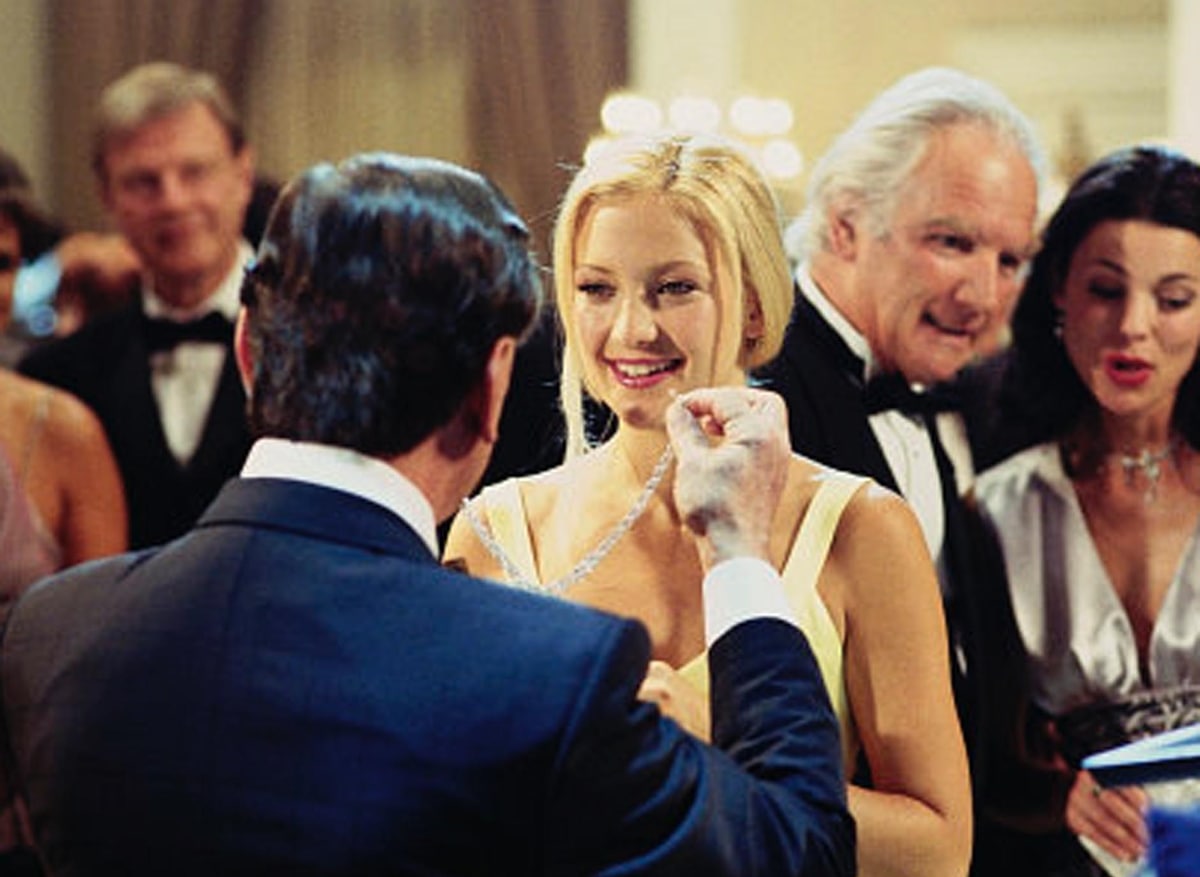 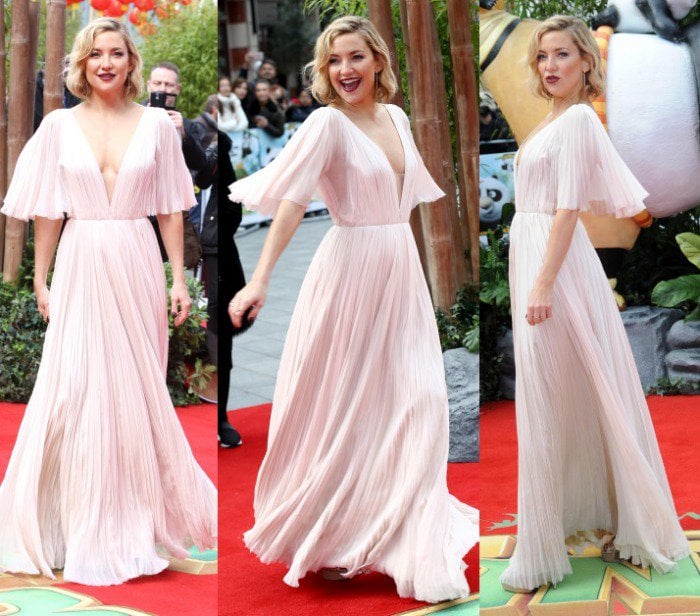 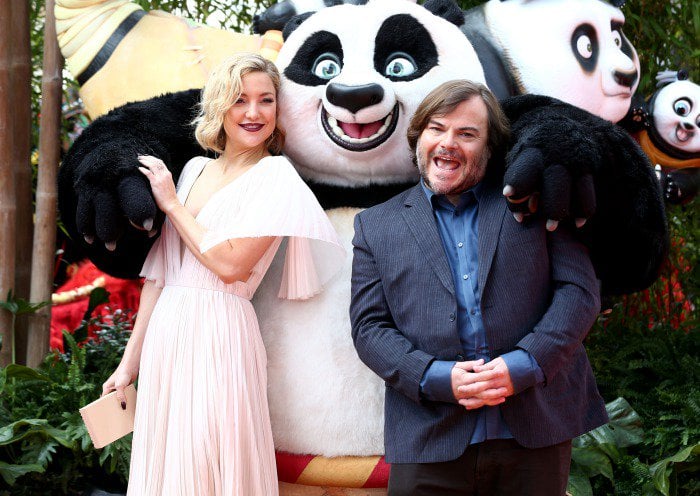 Jack Black wore a jean-colored shirt and pinstriped jacket as he posed with his stunning co-star. Despite the London morning chill, Kate looked summer-ready in her flowing gown with a plunging V neckline and backless design. 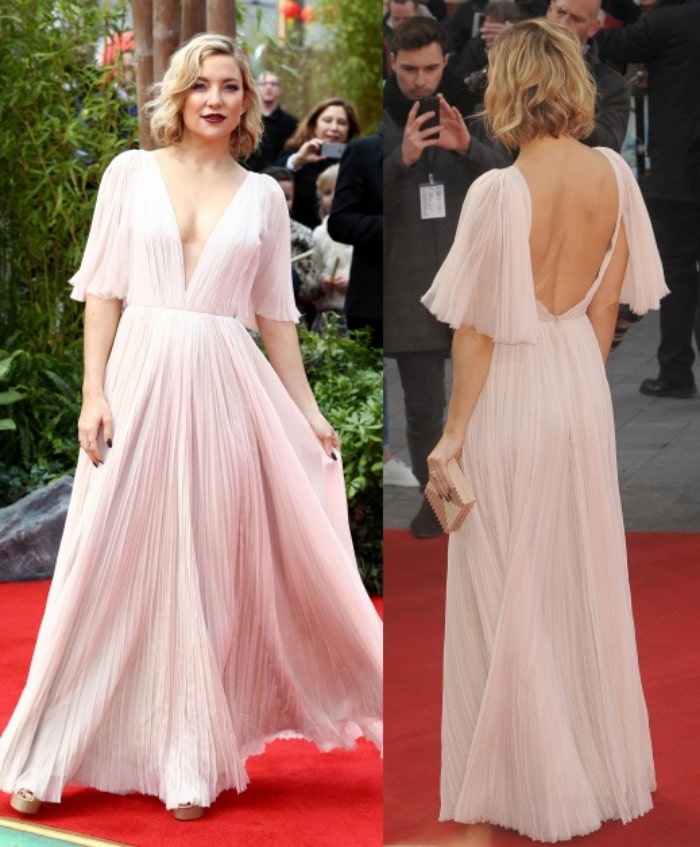 Kate Hudson shows off her back and cleavage in a floor-length J. Mendel gown (Credit: WENN)

Kate’s cinched-waist dress didn’t need much accessorizing. The voice actress wore only a pair of drop earrings and a small Lee Savage geometric clutch and added a touch of edge with dark lipstick and matching nail color.

Goldie Hawn’s daughter wore her golden tresses in tousled waves and finished off the look with a pair of platform peep-toe nude pumps. 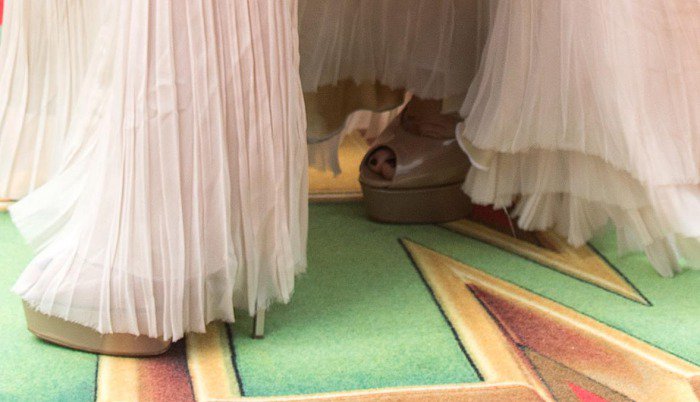 Though her gown threatened to hide her shoes from us, we were just able to make out the sleek pair of Casadei sandals.

Interested in adding Kate’s shoes to your collection? You can find her exact shoes, as well as similar styles at Farfetch. 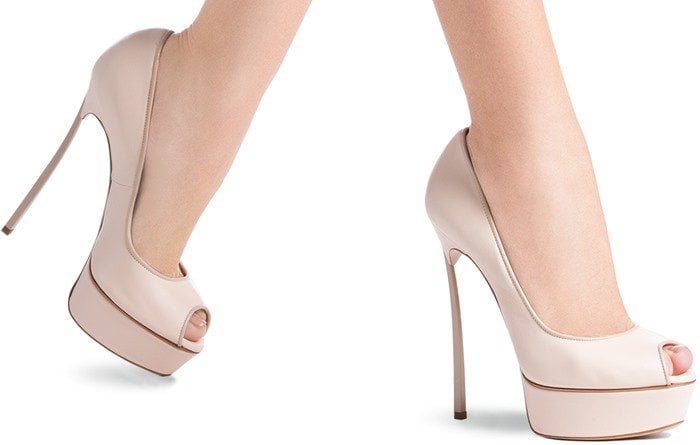 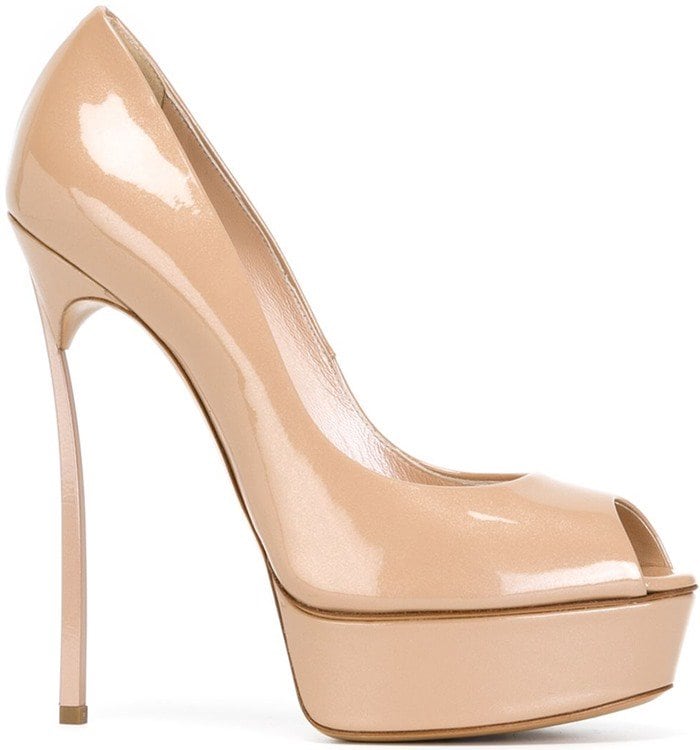 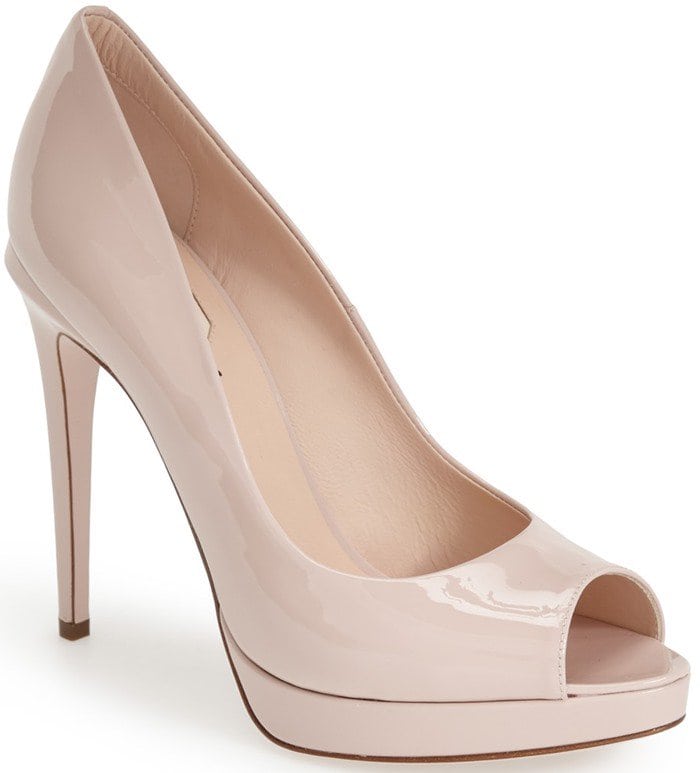 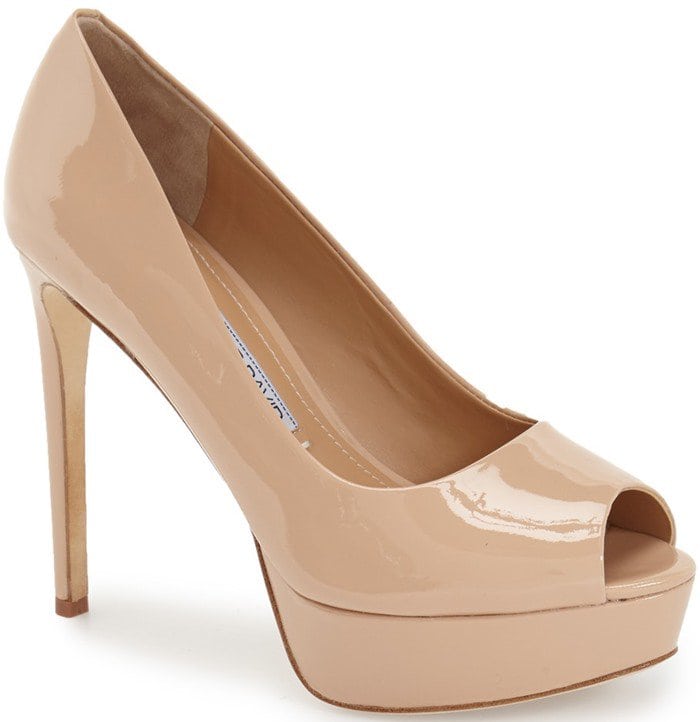 Inside My Camera Bag | Amy Ames