She has been rumored to be dating Kanye West since May and even went on a romantic trip to France with the rapper in June.

On Tuesday, however, Irina Shayk was spotted sneaking out of her ex Vito Schnabel’s home in New York City. 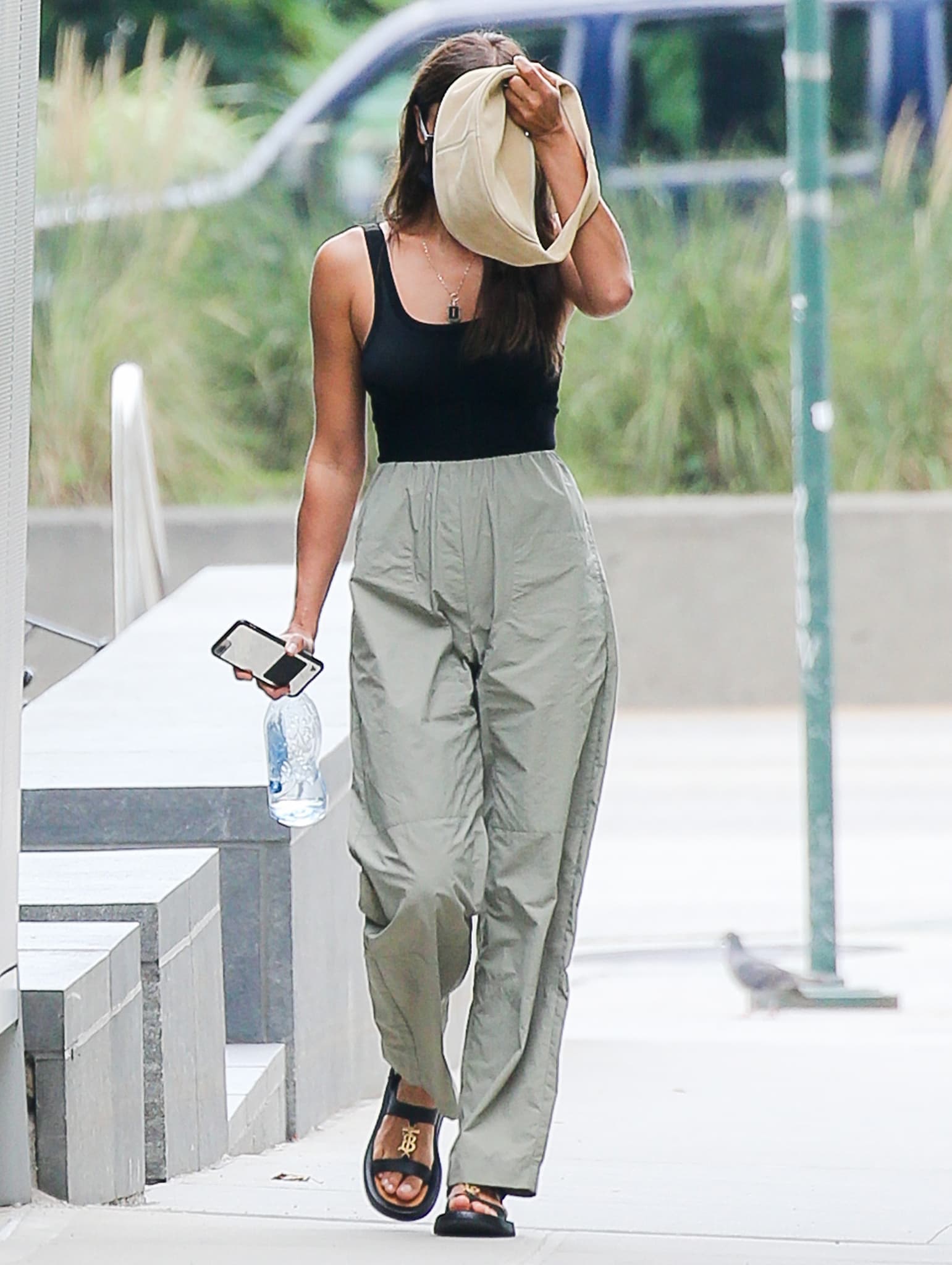 The 35-year-old supermodel first sparked romance rumors with the art dealer, who also previously dated Heidi Klum, at the start of the global pandemic in March 2020.

Around that time, a source told US Weekly that “Vito has always been interested in Irina” and that they met a couple of years back. 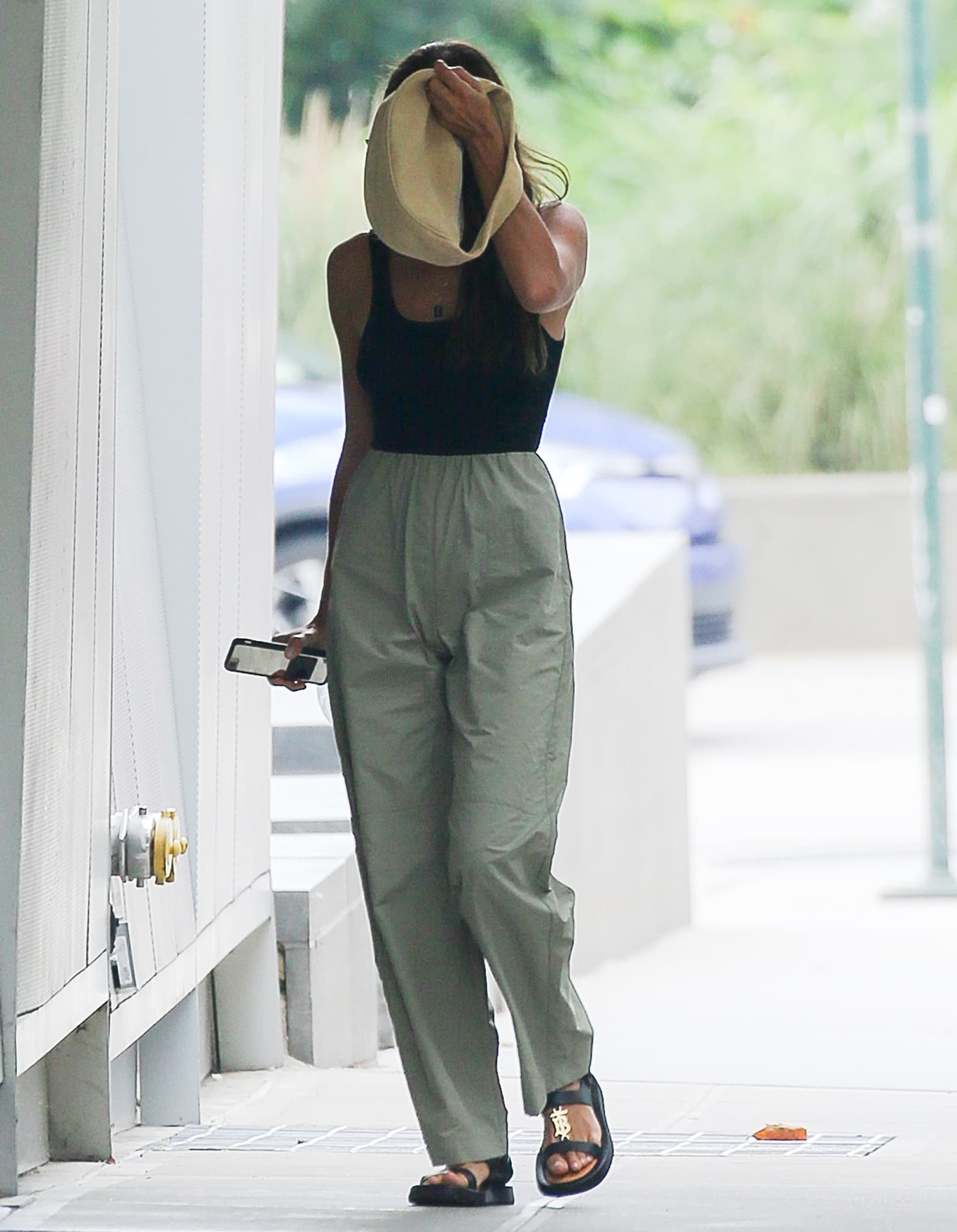 The mom-of-one failed in her attempt to go incognito as she put her enviable model figure on display in a black low-cut sleeveless bodysuit, which she tucked into a pair of filmy green loose-fitting straight-leg pants. 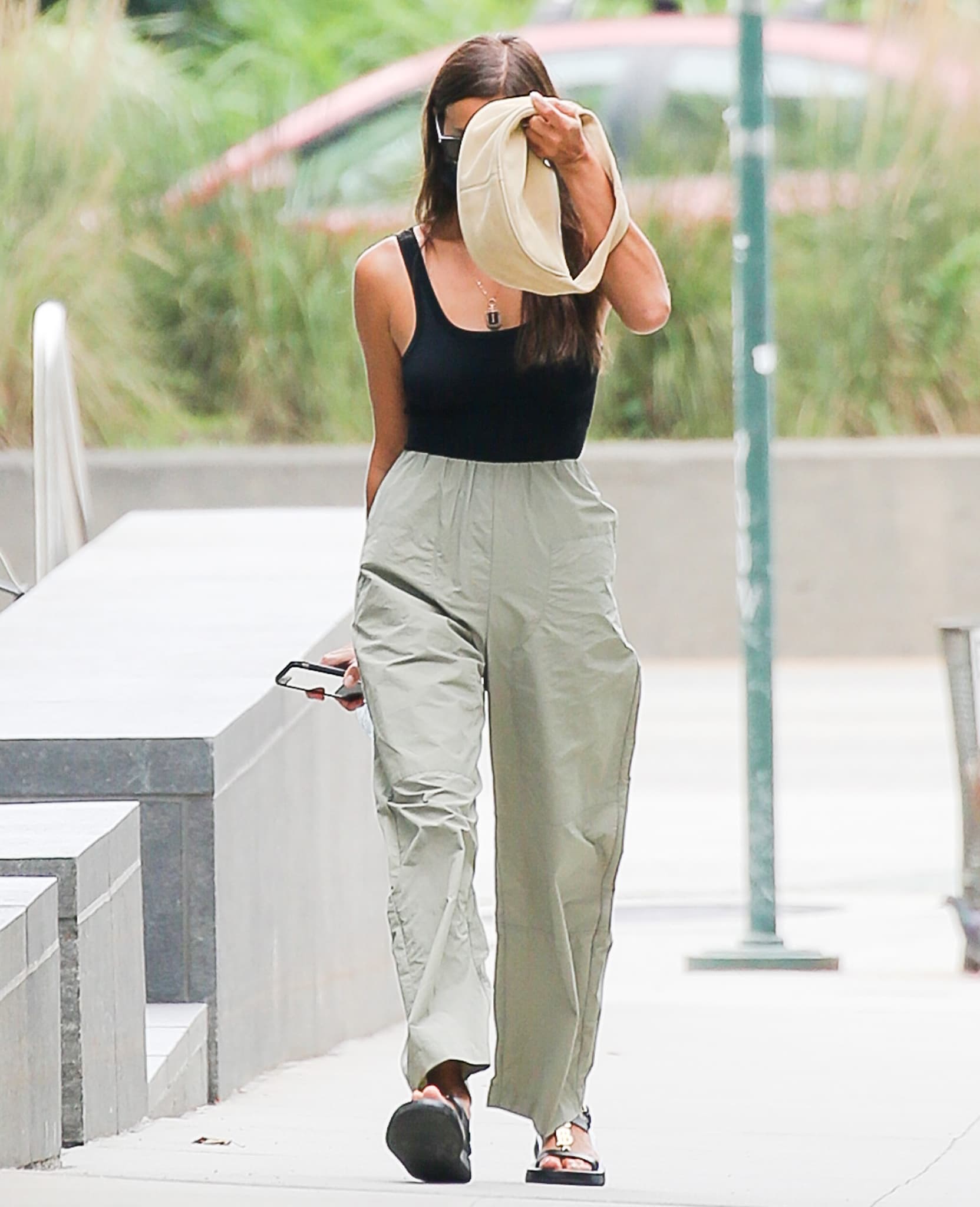 Hiding her face from the paparazzi with her beige suede bag, Bradley Cooper’s ex looked chic as usual, styling her sexy casual ensemble with a large black pendant gold necklace.

She let her brunette tresses fall loose over her shoulder and hid her eyes behind a pair of Saint Laurent sunglasses. 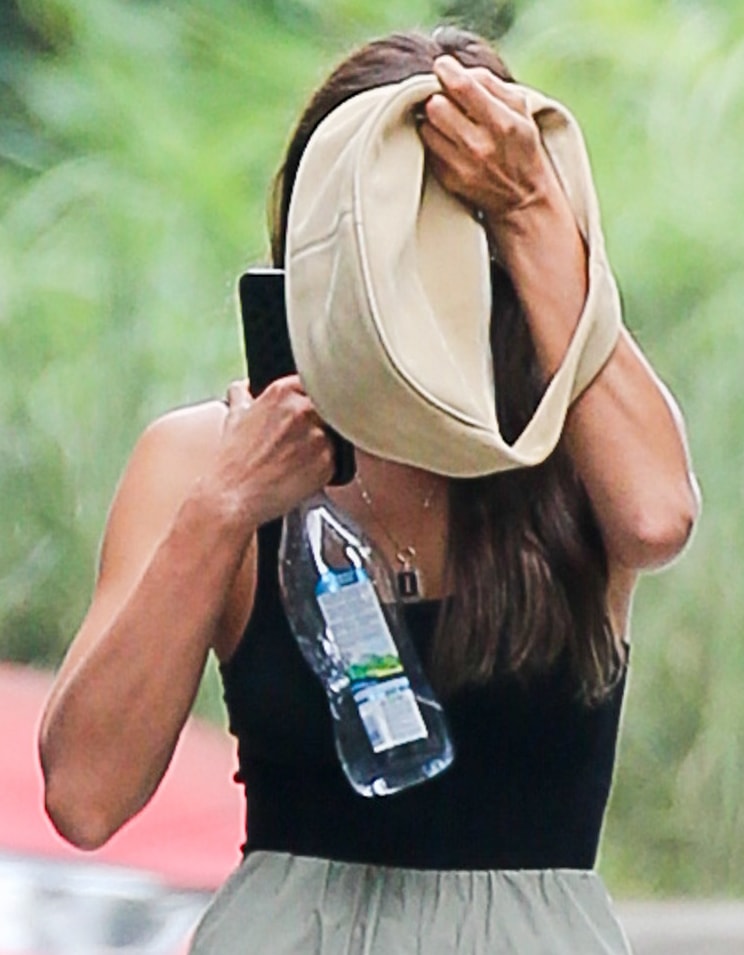 Irina Shayk hides her face from the paparazzi behind her beige suede bag (Credit: Mega / WENN) 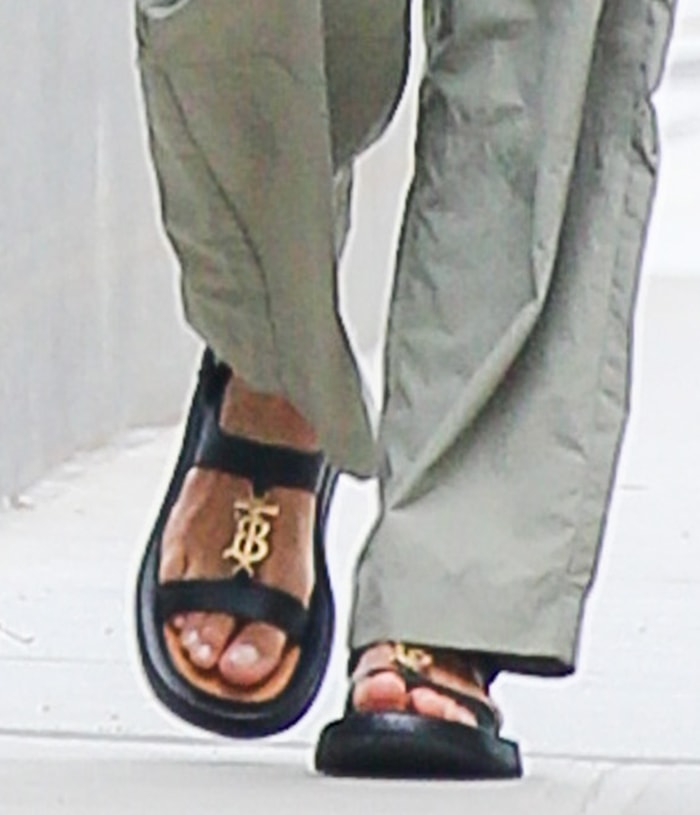 Her latest outing came a month after rumors surfaced that her relationship with Kanye is cooling off. Sources told Page Six that Irina turned Kanye down when he invited her to go to Paris for a couture show with him.

Explaining why Irina said no, the source said: “She likes him as a friend, but doesn’t want a relationship with him. She doesn’t want the association that they are dating, which is what would have run in the press if she showed up [in Paris with him].”

However, another insider told People that the two are “very much still dating” and that Irina isn’t happy with the “lies about her and Kanye [cooling off].”

“Irina is so upset at the lies about her and Kanye.” The source also dismissed rumors that the model turned down Kanye’s invitation to Paris, saying: “That’s just not true. Kanye went to Paris for the Balenciaga show to support Demna [Gvasalia]. He was in and out, only there for 3 hours.”

We haven’t seen Kanye and Irina together in weeks, but it’s most likely because Kim Kardashian’s ex has been busy finishing his long-awaited tenth studio album, Donda, at Atlanta’s Mercedes-Benz Stadium, where he has been staying.

According to a Page Six insider, the Grammy winner already “has a contract in place with the venue to stay there while he finishes up his music.” The source added that he has brought a private chef in the stadium along with a twin bed, a TV, and a small closet.

Donda was originally scheduled to be released on July 24 but was later delayed indefinitely.