The couple bought the property, previously owned by Rihanna, in 2016 for $14.1 million and listed it in August last year for $23.9 million.

They dropped the price to $17.9 million in April, with listing agent Marshall Peck of Douglas Elliman Real Estate saying: “We had an offer within a week of the listing, but that feel through. Once it went into an escrow, people thought it was sold. It just lost its momentum.” 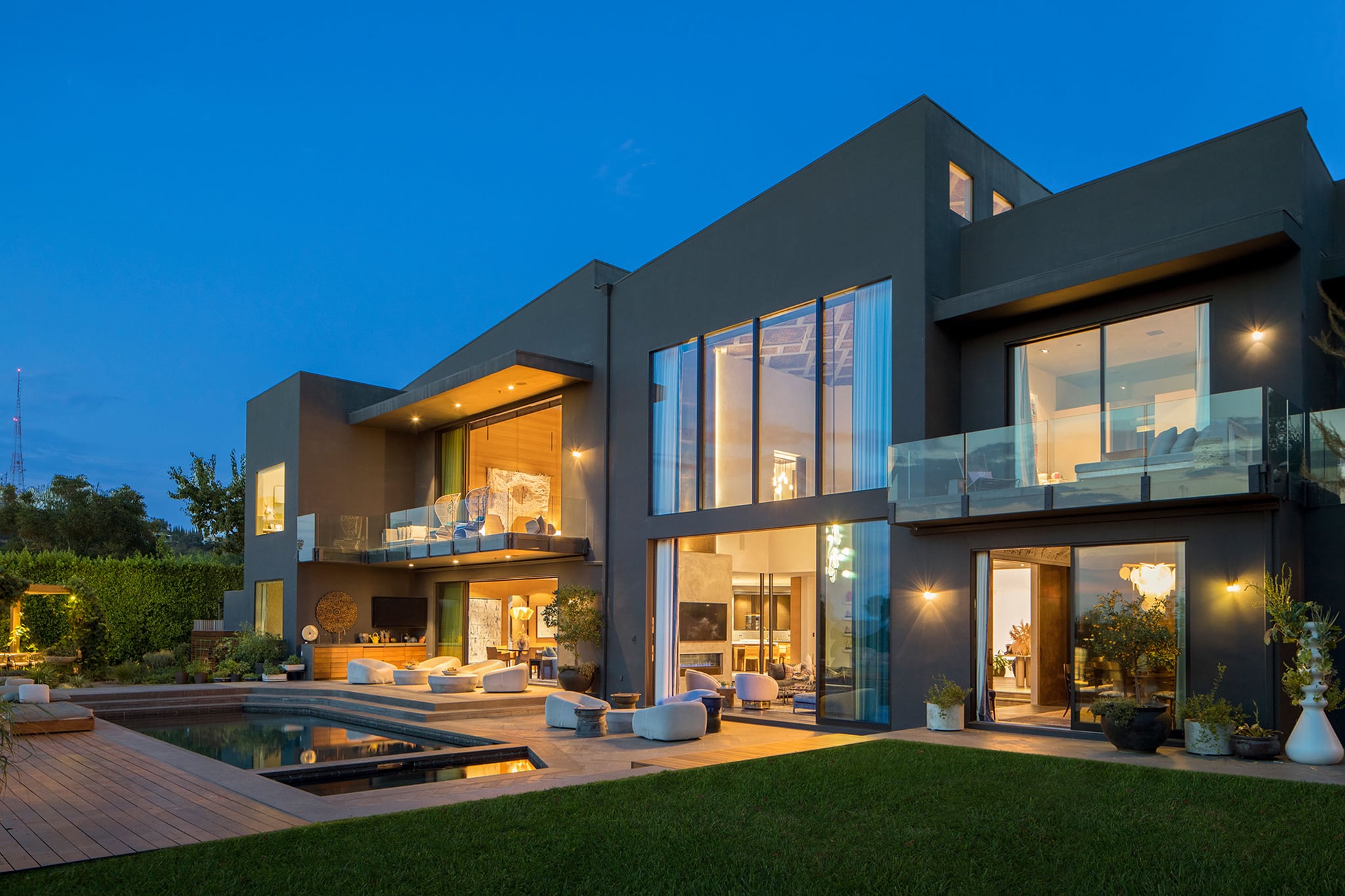 Chrissy and John made significant changes to the house, including the installation of Chrissy’s state-of-the-art professional-grade kitchen.

They also transformed the color palette from cool to warm tones and added a movie theater and a gym. 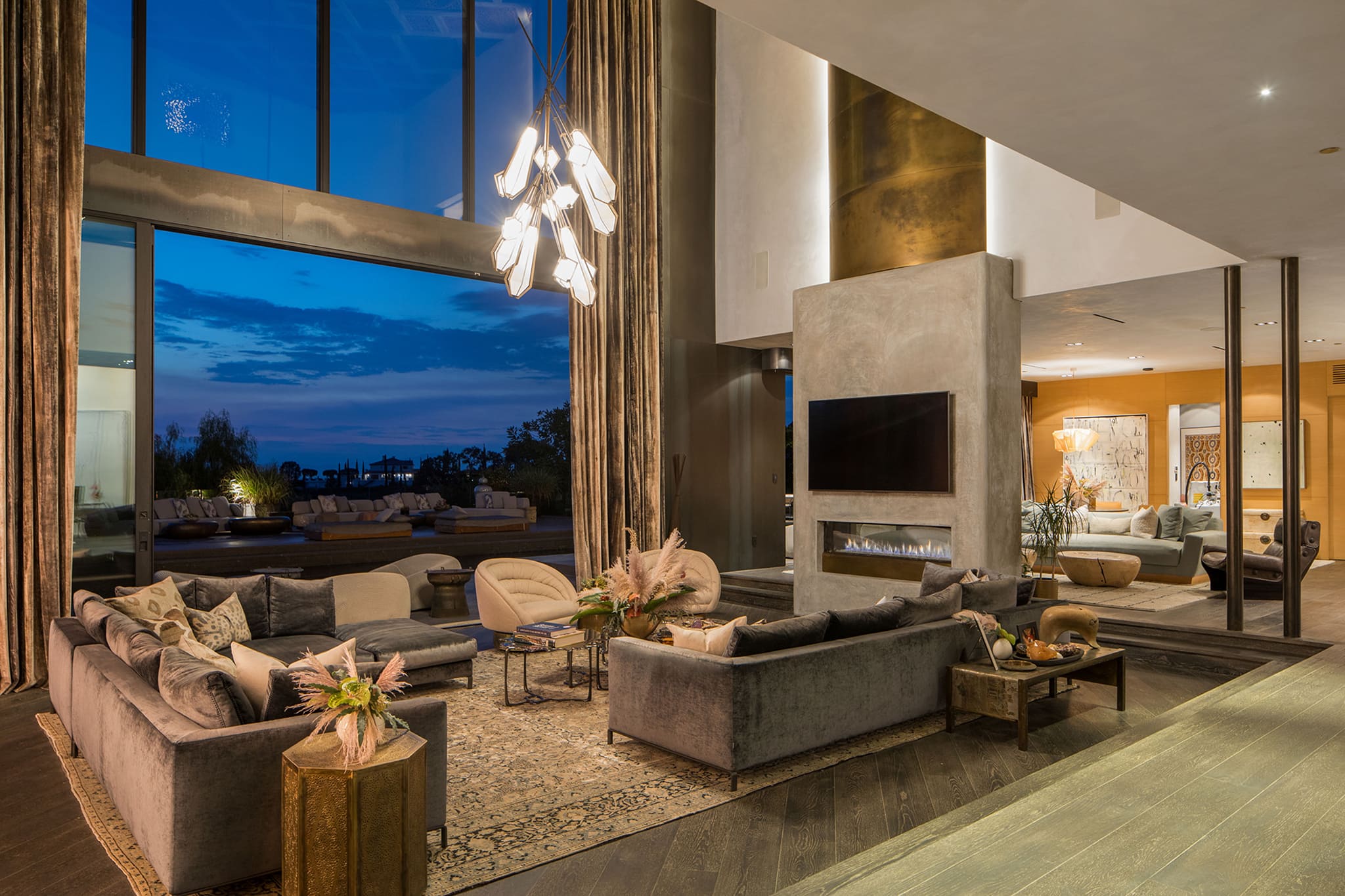 The 8,520-square-foot mansion has seven bedrooms, nine bathrooms, a professional-grade kitchen, a movie theater, and a gym (Credit: Mega / WENN)

Soon after listing their home, the couple moved to a 10,700-square-foot ultra-modern mansion, which they purchased for $17.5 million, in the Benedict Canyon area.

Their new abode, which was reportedly built in 2019, has six bedrooms, 11 bathrooms, 24-foot ceilings, a Boffi kitchen, a fitness center with a steam room and sauna, 100-foot-long saltwater infinity pool, a sunken firepit, an 8-car subterranean garage, and a wine cellar.

The 2019 Sexiest Man Alive told Wall Street Journal that they needed more room for their growing family as Chrissy was pregnant with their third child at that time. However, in October, Chrissy suffered a miscarriage, and she announced in December 2020 that she won’t be pregnant again. 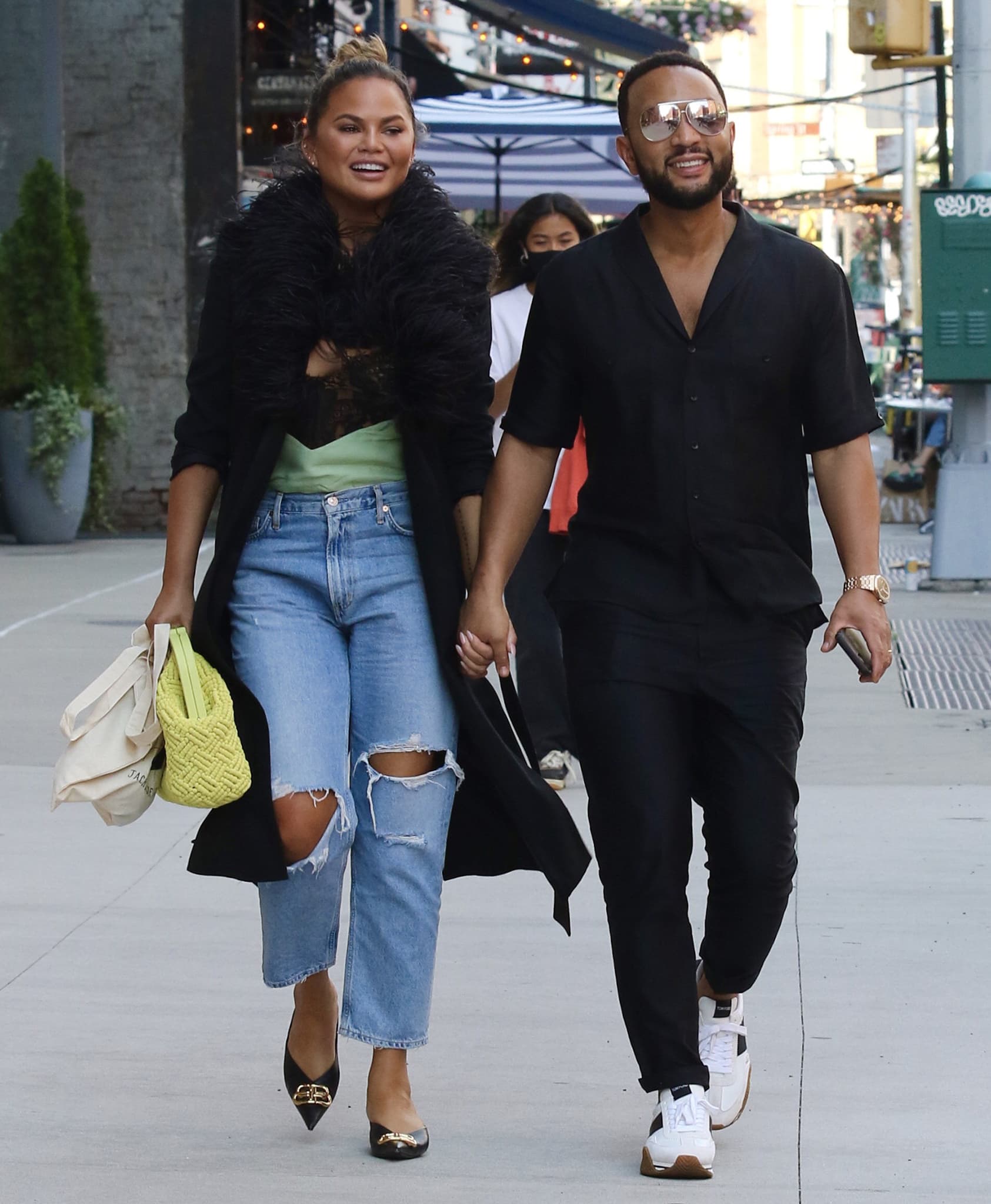 Early this year, the All of Me hitmaker told Architectural Digest that they still expect to expand their family. Chrissy also told People that “there are so many ways to have a child nowadays… whether it’s surrogacy or adoption.”

Just days after their previous home was sold, Chrissy and John Legend stepped out for a lunch date in New York City.

The 42-year-old EGOT winner rocked a black shirt with black pants and a pair of Tom Ford “James” low-top sneakers, available to buy at Farfetch for $990.

He looked cool with his aviator sunglasses as he held his wife’s hands while walking around the Soho neighborhood. 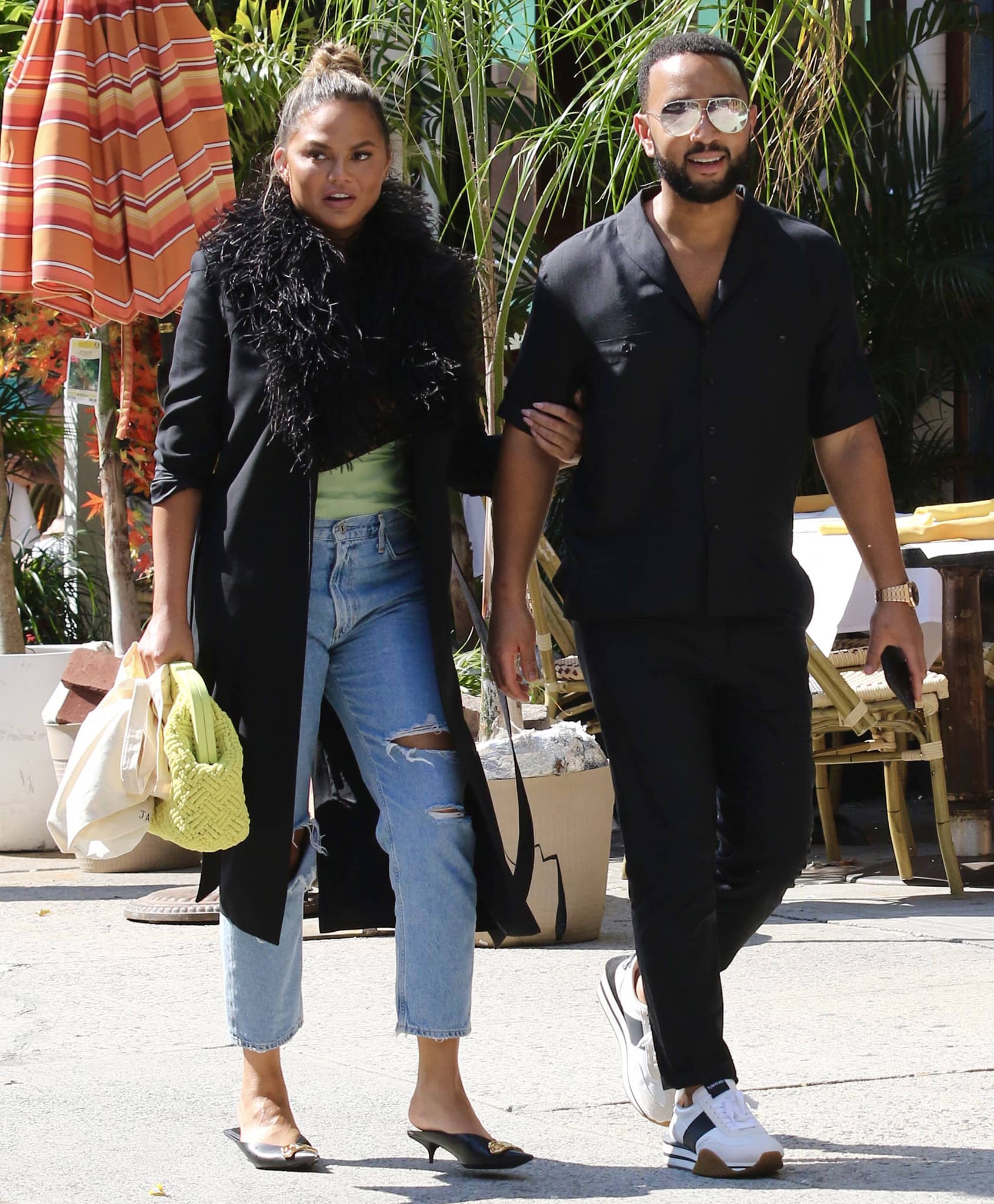 Amid her cyberbullying scandal, the 35-year-old model was all smiles for their outing.

Putting her sartorial prowess on display, Chrissy wore a ‘90s-style loose-fitting pistachio green camisole that features a black lace panel and pin-thin straps. It’s called the “Theophilia” from the French label Gauchere and can be purchased for $790 at Net-A-Porter.

The mom-of-two tucked her top into a pair of Citizens of Humanity “Charlotte” high-rise straight jeans with distressed knees that added edge to her look. They are now on sale for $104 (from $208) at Shopbop. 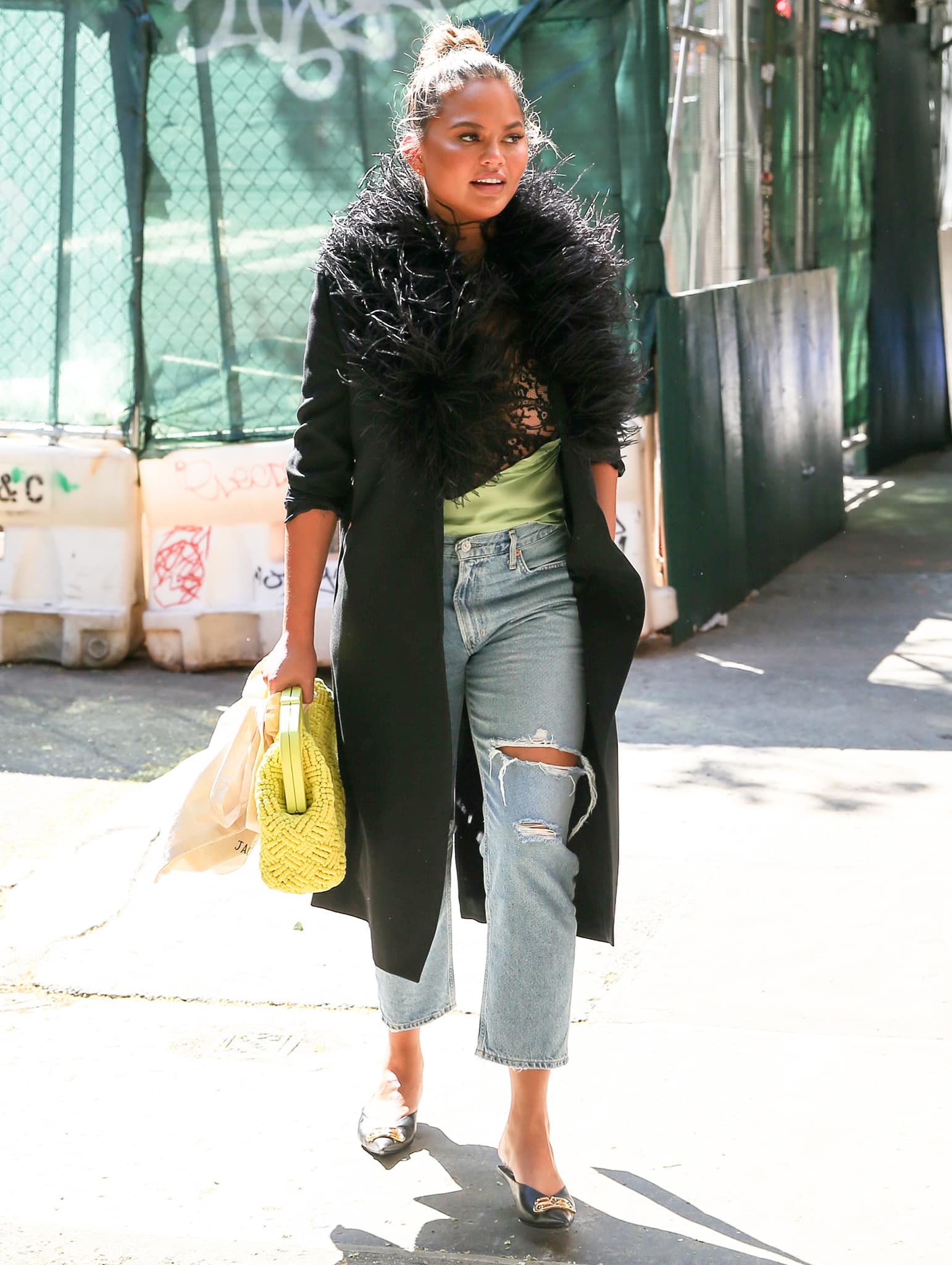 Adding a touch of glamour to the casual outfit, Chrissy layered her look with a Saint Laurent wool coat, available for $4,890 at Net-A-Porter.

It features a dramatic feathered collar with long sleeves and internal padded shoulder pads. It’s designed for a slightly loose fit and comes with a tie belt to cinch in at the waist. 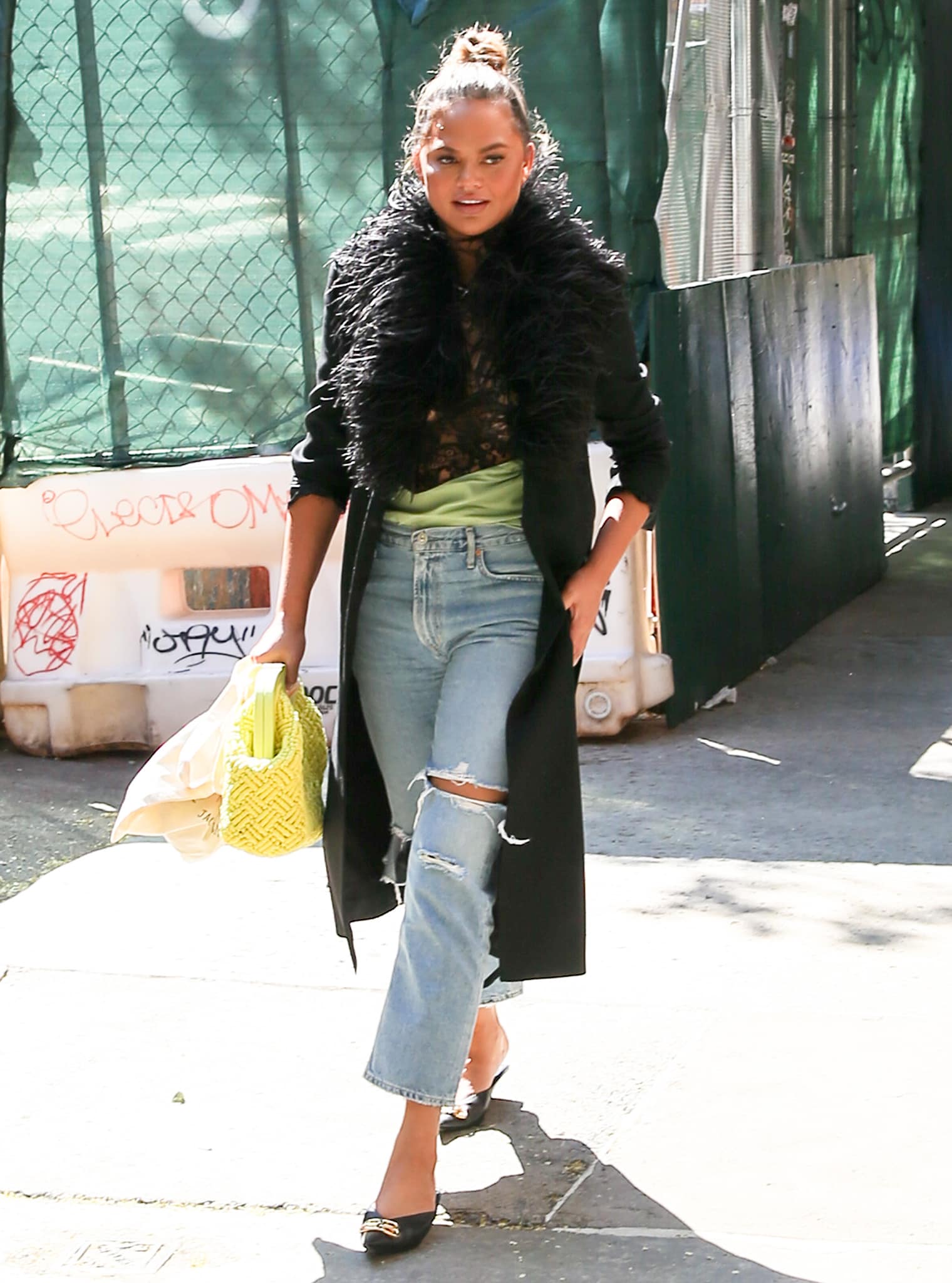 The Cravings cookware founder pulled her tresses into a top knot, showcasing her multiple stud earrings. She further glammed up with neutral makeup, highlighting her eyes with mascara and defined brows and adding a swipe of pink lipstick.

She then carried her essentials in a $7,100 Bottega Veneta Point bag in Intreccio macramé Seagrass color with a top handle and a magnetic frame closure. 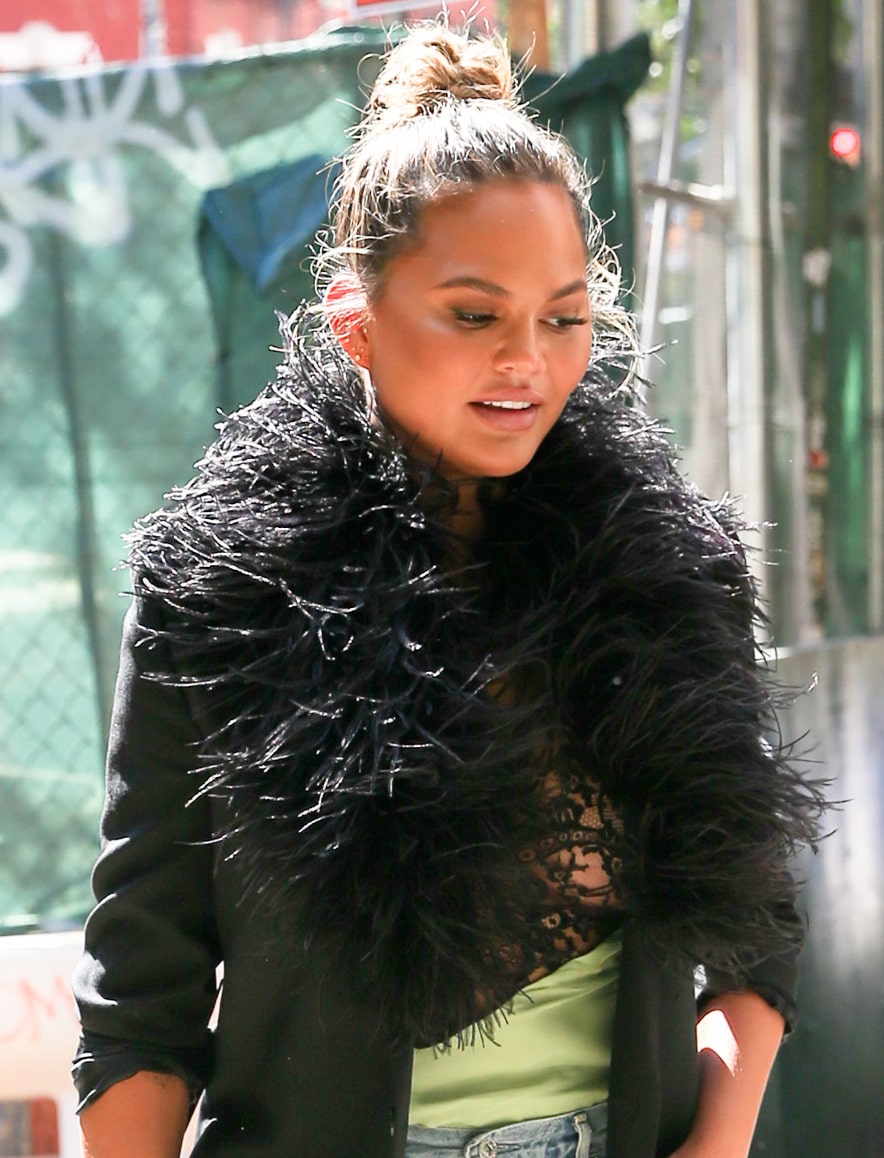 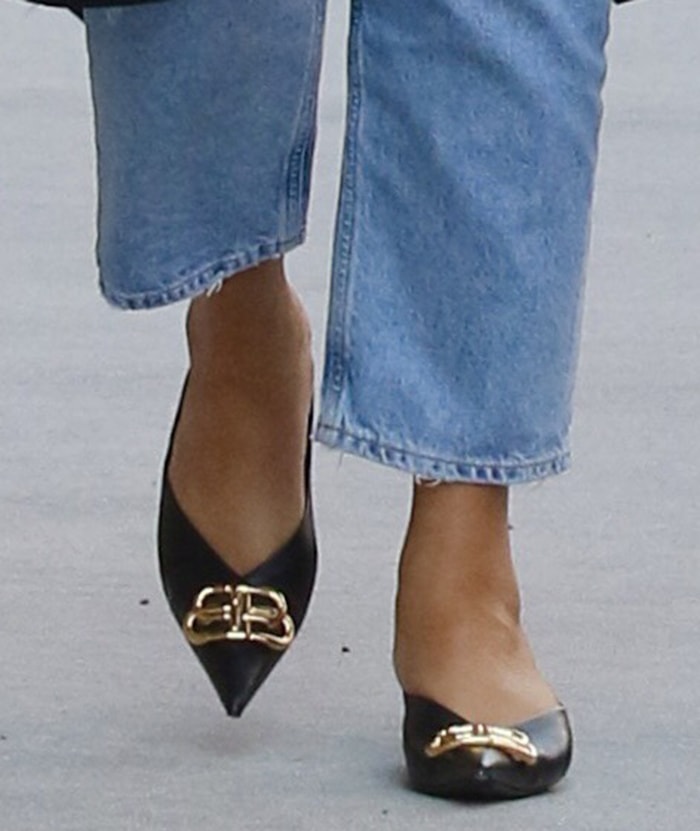 Made in Italy from black lambskin leather, these mules have polished gold-tone BB-logo hardware and about 1.5-inch kitten heels.

Later in the day, Chrissy was pictured leaving her apartment building in Soho.

The Lip Sync Battle host kept things low-key in a multicolored patchwork flannel shirt worn over a black bra top and a pair of black leggings. 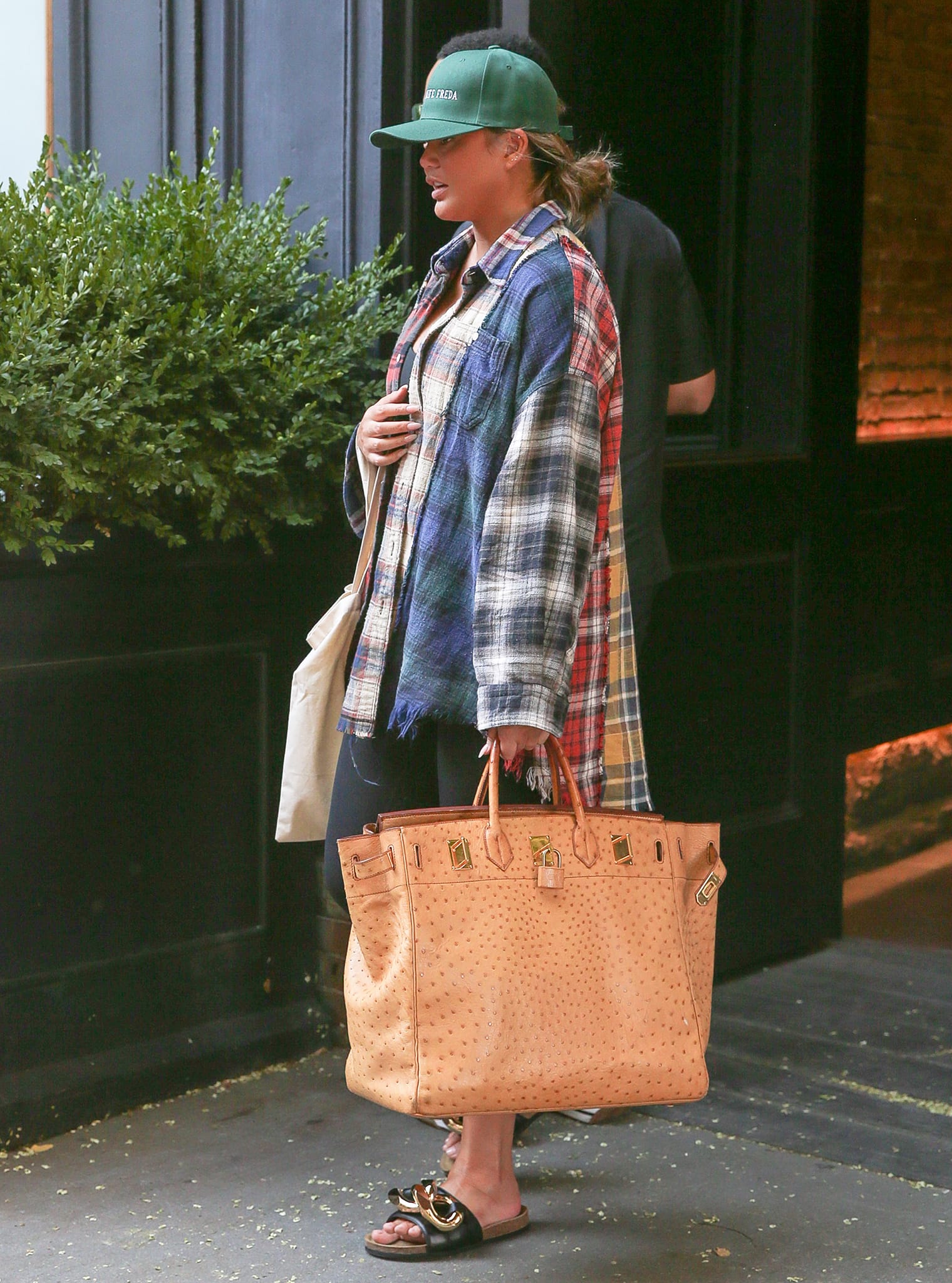 Keeping her accessories simple, she wore multiple stud earrings and hid her low-bun underneath a green baseball cap.

She then carried a canvas tote over her arm and a large orange Hermes Birkin bag in one hand. 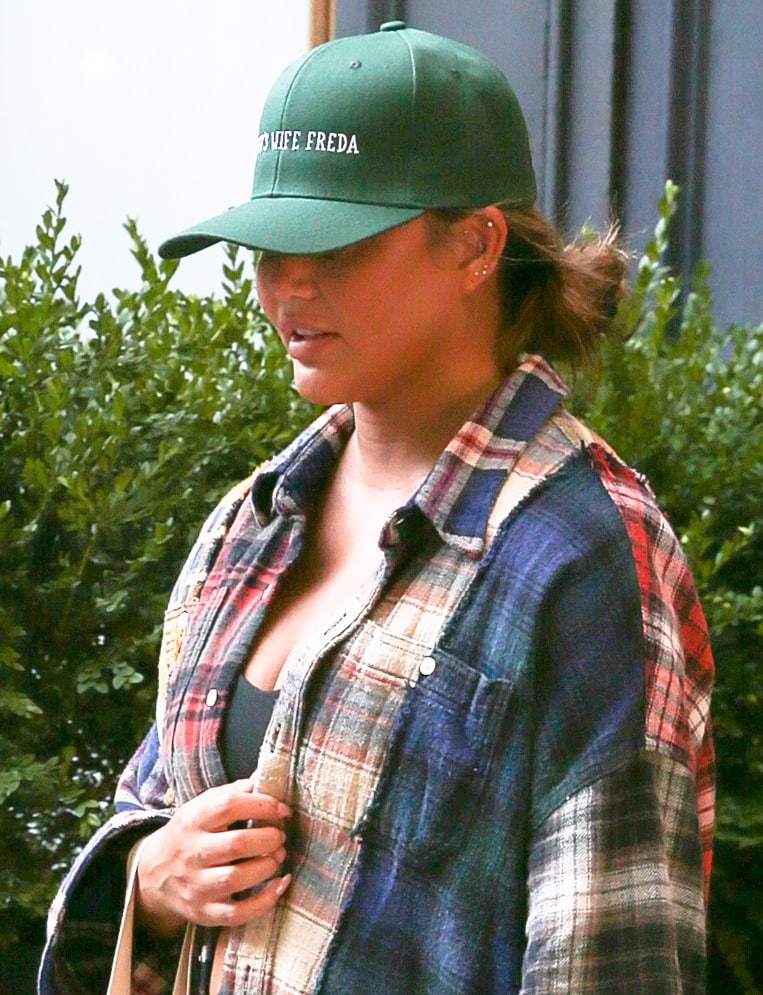 A pair of JW Anderson Chain leather slides completed her rather laid-back ensemble. 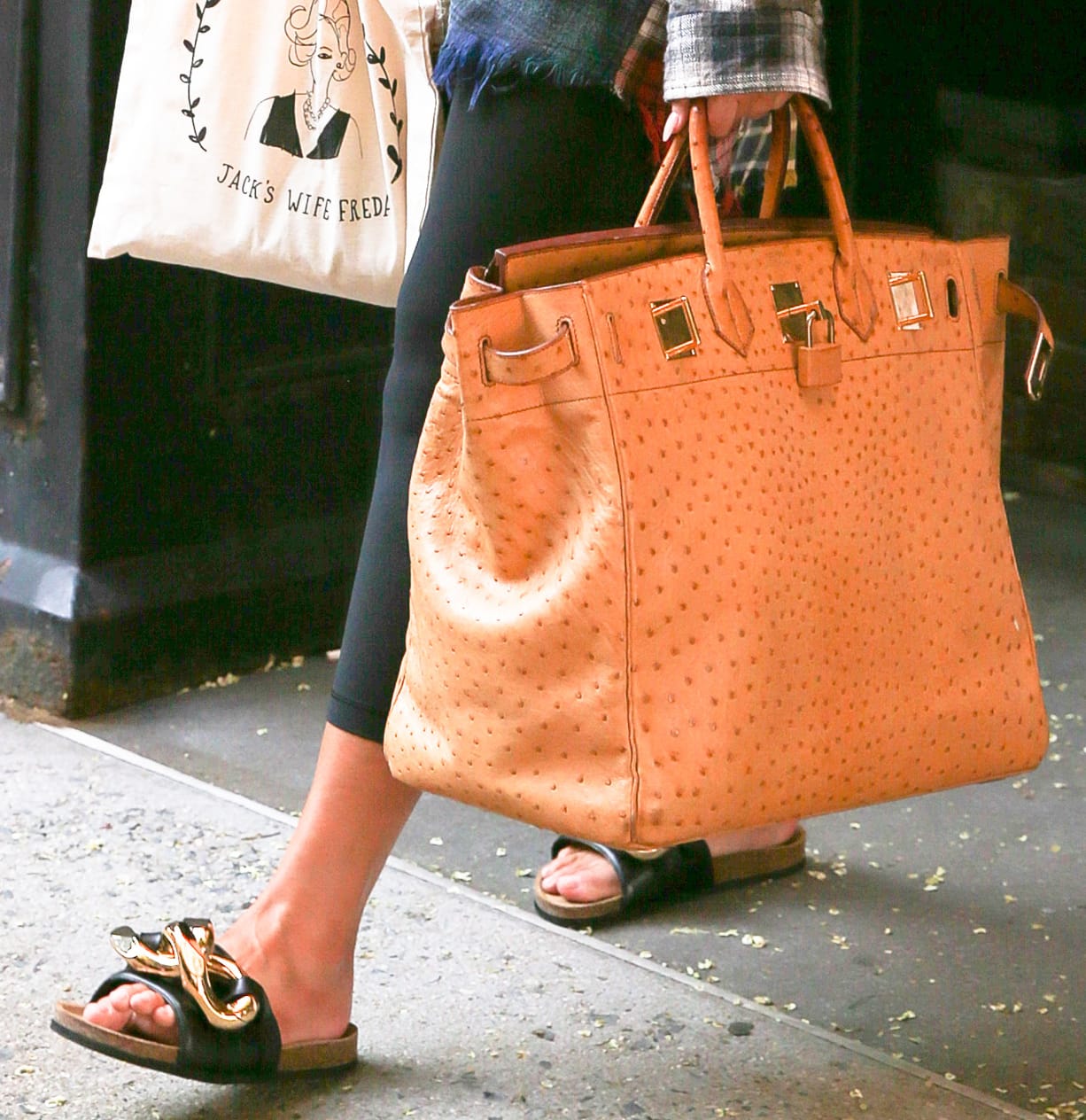 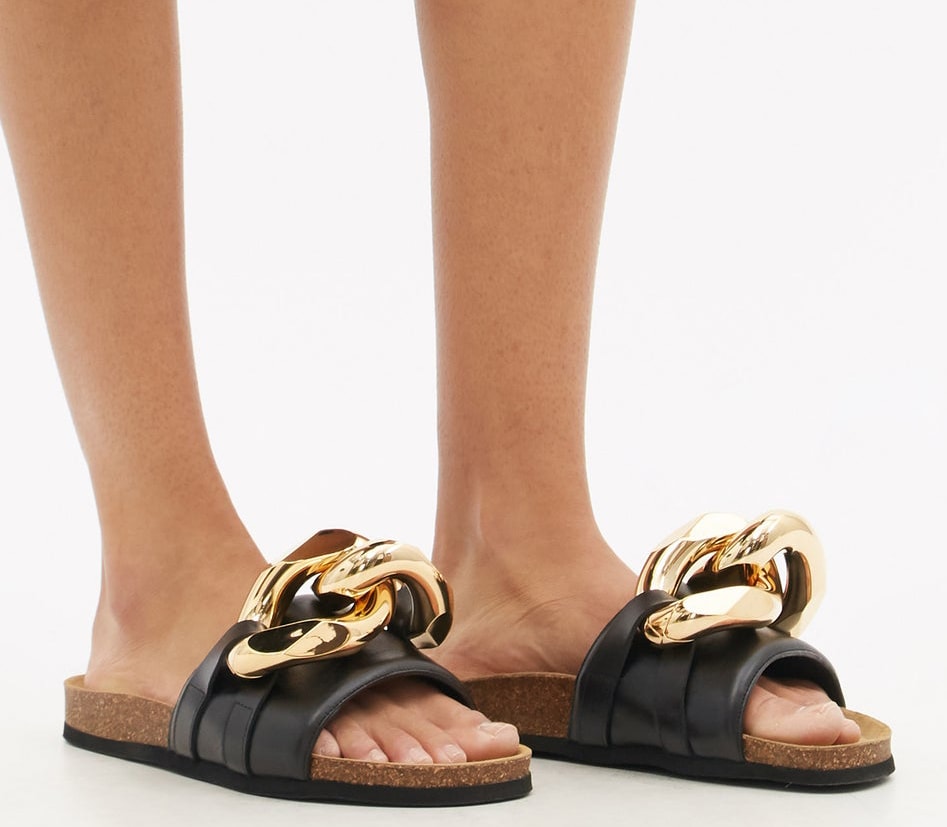 Litra Studio vs Kickasspanel by Lupo, which is a better buy?