Menswear-inspired silhouettes like the French tuck shirt style trick have become one of her favorite signature styles over the years.

Last Tuesday, Katie Holmes was at it again, showing a chic casual menswear look while out and about in New York City. 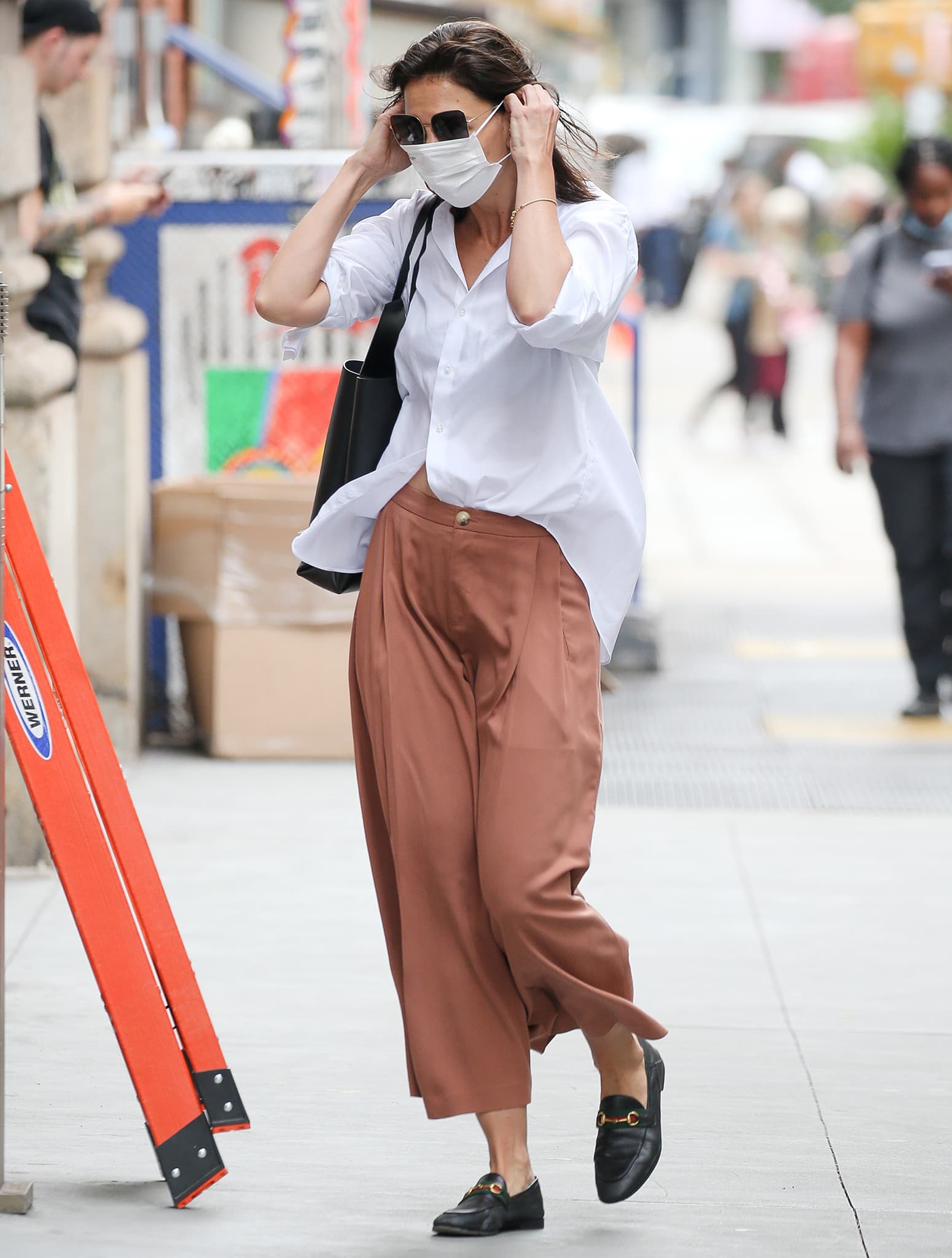 While oversized clothes can make one look frumpy, Katie managed to create a more flattering look by half tucking her loose-fitting shirt into her pants. 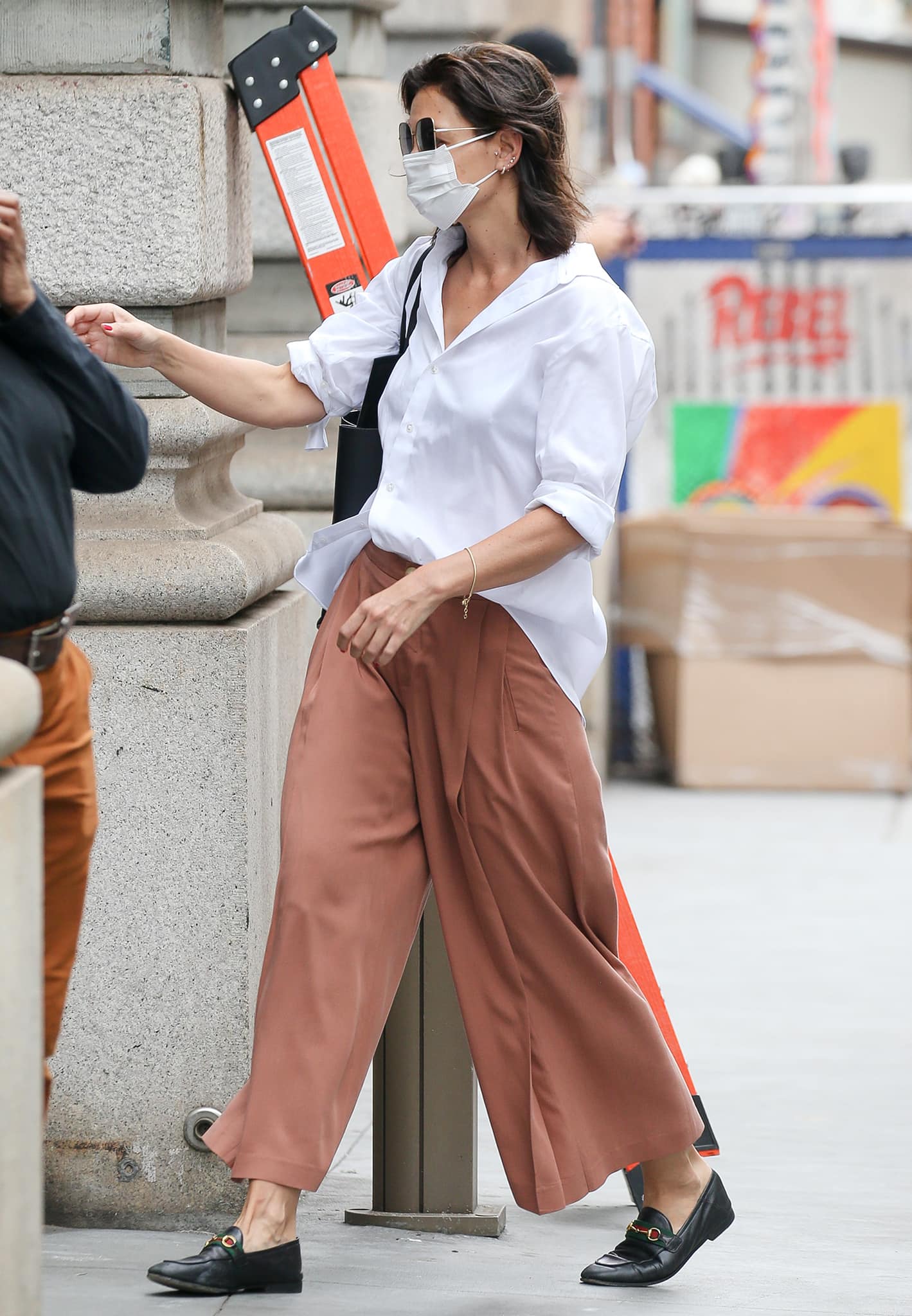 This styling hack has been around for years, but it was popularized by Queer Eye’s resident fashion expert Tan France, who called the trick “French Tuck.” It’s also known as the “half-tuck” or “one-hand tuck.”

“If you want to appear taller, you have to use every trick in your arsenal.” Tan added that French tuck “makes my legs look longer and so, therefore, it gives the illusion of length and height.”

The British-American fashion designer clarified that the term wasn’t named after him. He said he found it in a story online and added: “I thought, ‘Oh, that sounds cute. We’ll call it the French tuck’—never thinking people would assume that I called it that because I’m Tan France. I so wish I was that smart! I’m not.”

Tom Cruise’s ex kept her accessories simple with a single bracelet, a ring, hoop earrings, and several stud earrings. She then hid her eyes behind a pair of oversized sunnies and stayed low-key with a white EvolveTogether face mask.

Letting her damp hair air-dry naturally, the mom-of-one carried her belongings in a $720 black leather Medium Triangle tote from Sharkchaser. 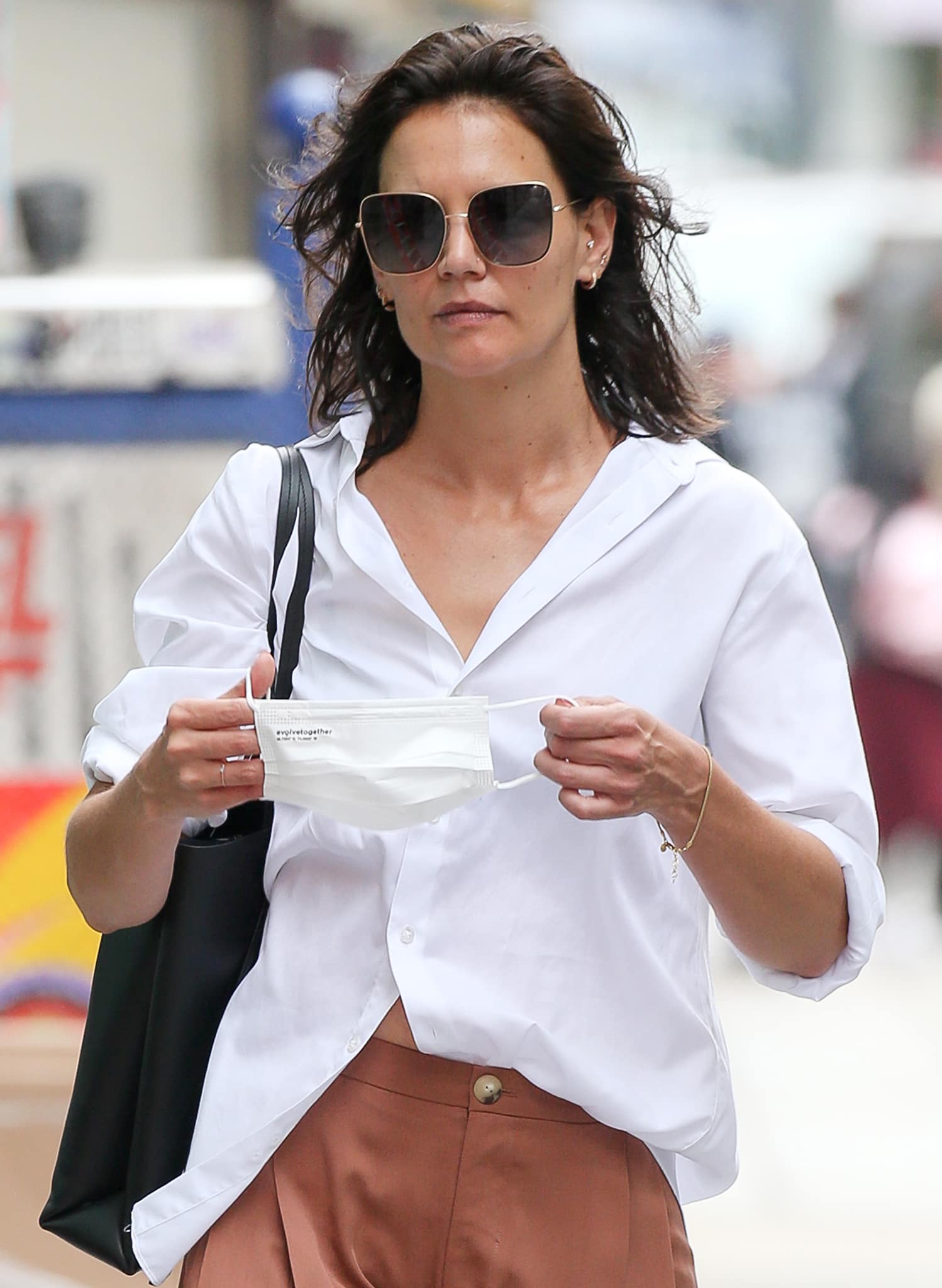 A pair of black loafers from one of her favorite footwear brands rounded out her look.

She chose the Gucci Brixton web-detail loafers that boast a leather construction with almond toes and the fashion house’s signature horse-bit detail. 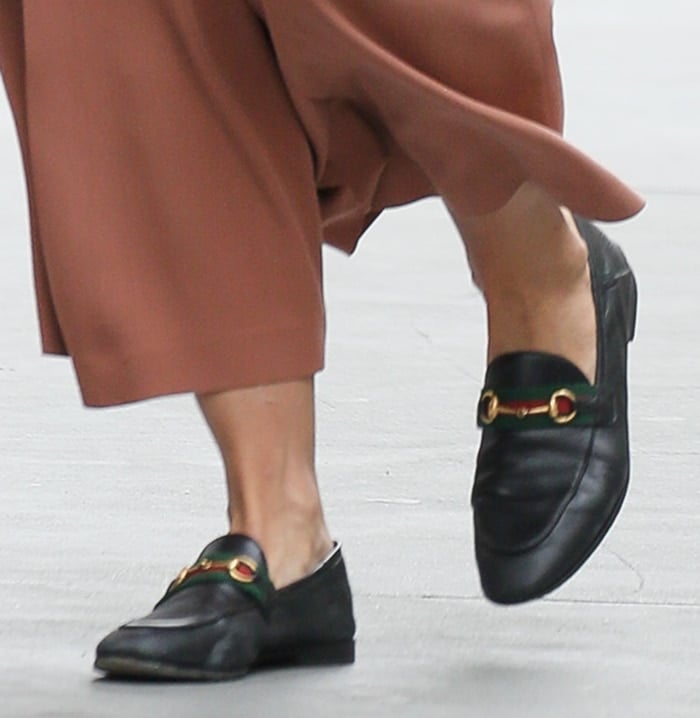 New deal til August 20: Save $125 on the entire Topaz bundle