Katy Perry Believed Wearing a Bra Would Crush Her Boobs


In March 2018, Katy Perry was caught switching out her Versace Medusa-medallion ankle-strap sandals for comfy UGG slippers during her guest appearance on Jimmy Kimmel’s late-night talk show. It was revealed that she used to believe that wearing a bra would crush her boobs! 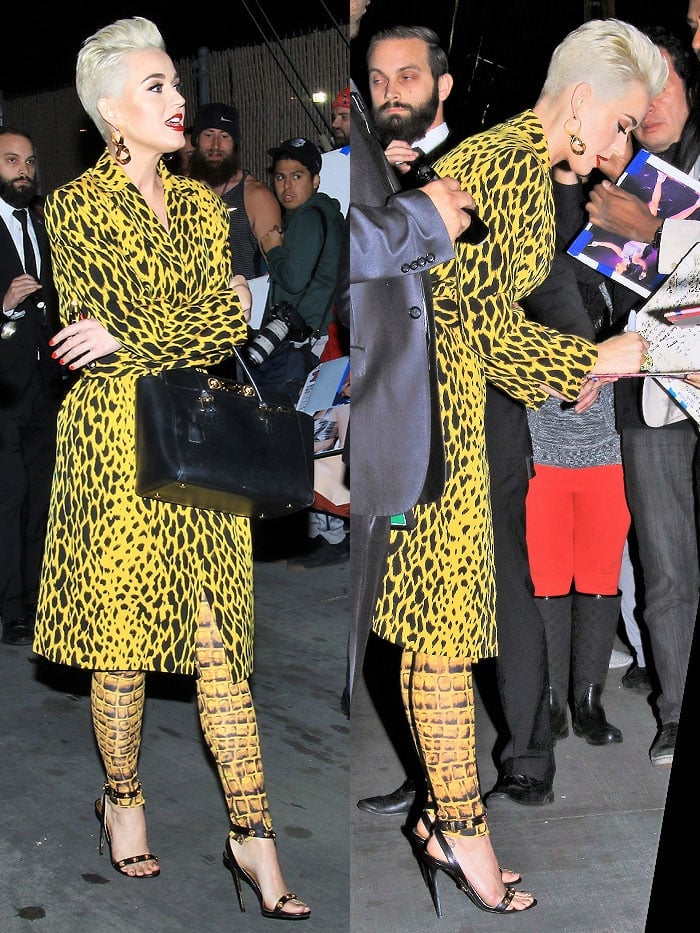 Playing a game called “Blast from the Past,” Perry had to figure out which of the six people on FaceTime were old friends of hers.

After first picking a total stranger, she nailed it on the second shot, picking out her sixth-grade school friend “Erica” (actually Ahnika) from Santa Barbara Christian School.

Her childhood pal went on to tell a couple of fun stories from the past. Perry, who got suspended for three days for humping a tree, also gave her friends medical advice regarding their breasts.

“You had a sleepover once at our house,” said Ahnika. “You were telling my younger sister and me that we could not wear a bra to bed because if we did, it would crush our boobs and they would never grow.” 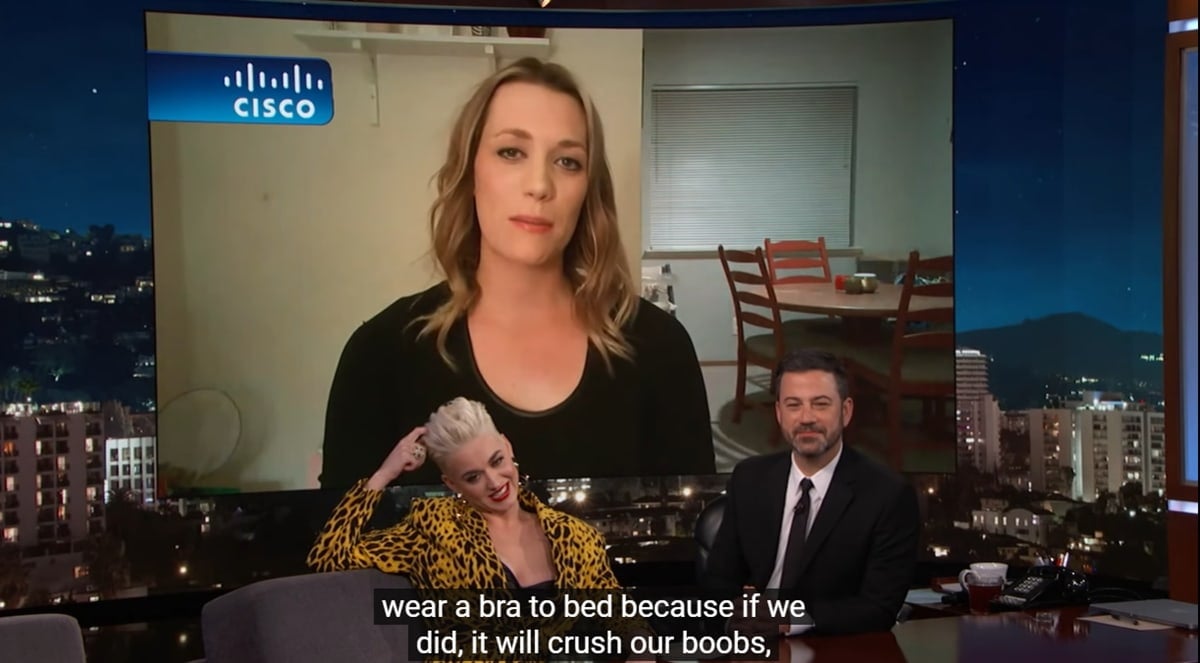 Katy Perry told her friend not to wear a bra as it’d stop her boobs from growing (Credit: ABC)

Perry also bragged she had to wear two bras because her “boobs were so big.” In sixth grade, she was suspended from school for “making sexual motions” toward a tree while pretending it was Tom Cruise.

“At the 2:00 p.m. recess, Katy and four other students were in an ‘off-limits’ area (behind the backboards) practicing a skit. Katy pretended that a tree was Tom Cruise and began making sexual motions (pelvic thrusts) to the tree,” her suspension letter stated. 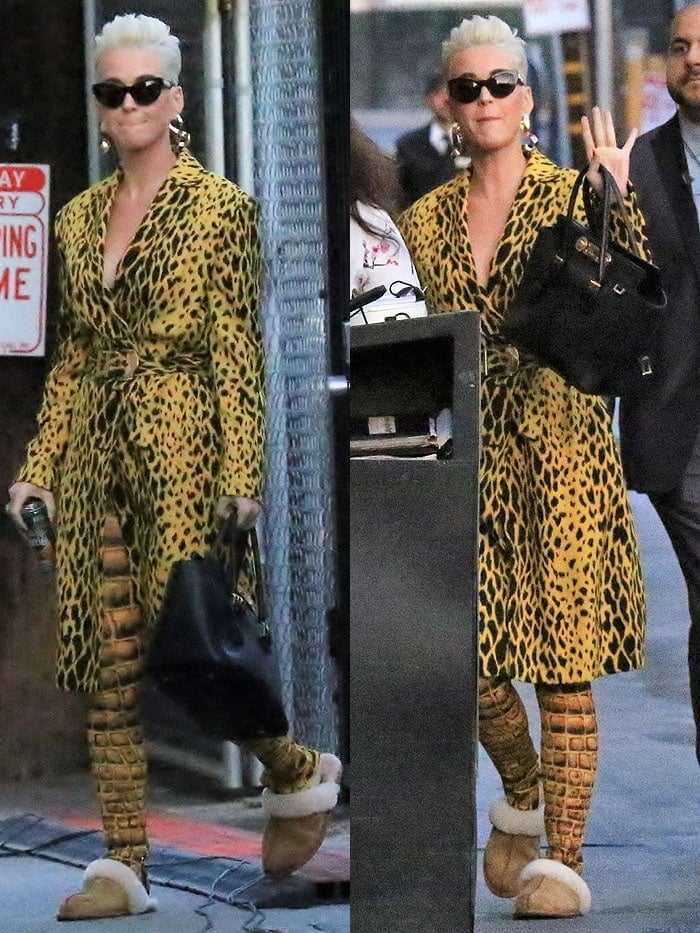 Just the day before at the 2018 Academy Awards, Tiffany Haddish also ditched her Stuart Weitzman heels and walked the Oscars stage in a pair of fuzzy UGG slippers.

Do you think this could be the start of a new UGG slipper trend? 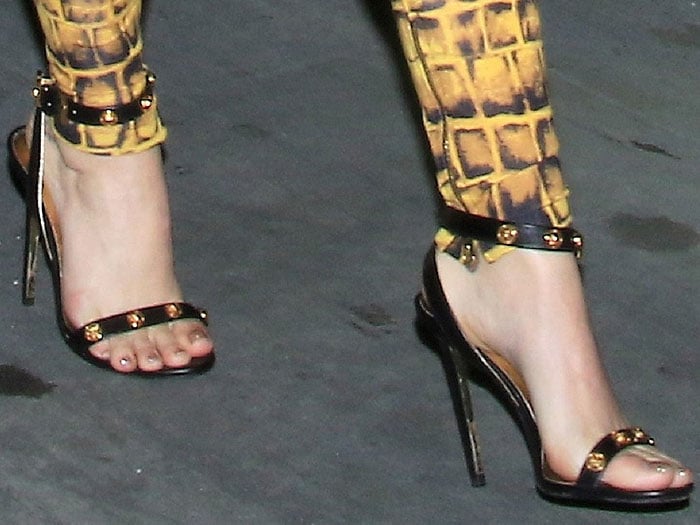 About a month earlier, Katy wore a very similar yellow outfit to have dinner with friends at Craig’s Restaurant in West Hollywood. 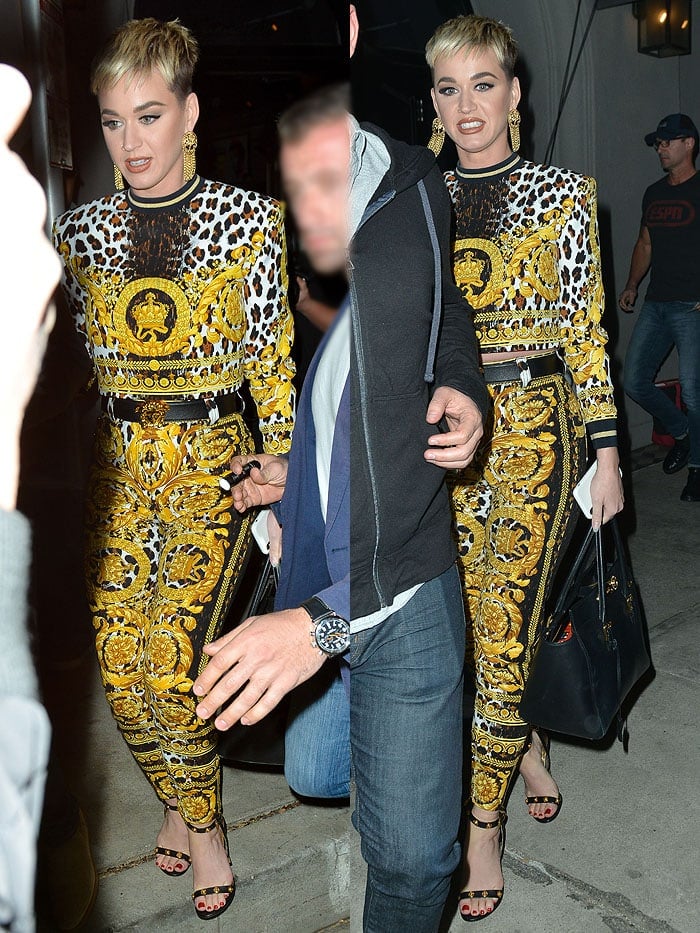 The then 33-year-old singer donned a Versace sweatshirt and coordinating pants that featured a leopard-and-gold-scrollwork print pattern.

She completed her head-to-toe Versace look with gold Medusa medallion dangling earrings, the same handbag, and the same medal-studded sandals. 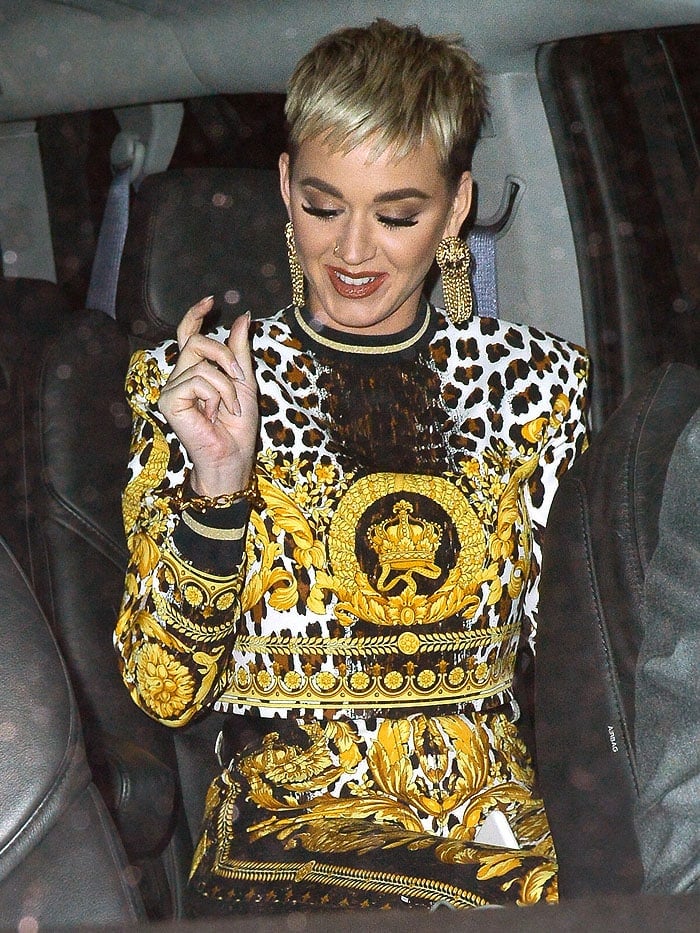 Which of Katy Perry’s two Versace looks do you like more? 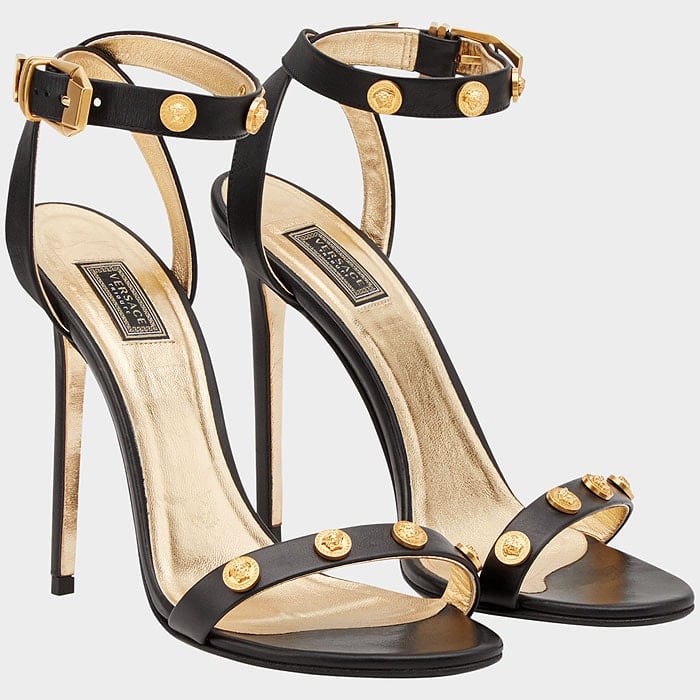 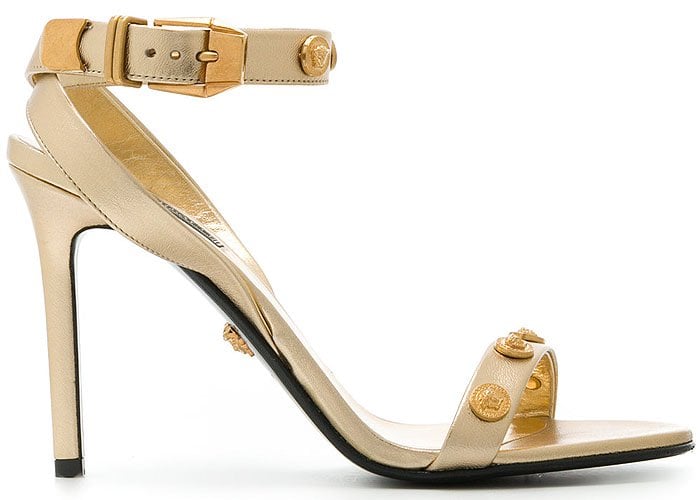 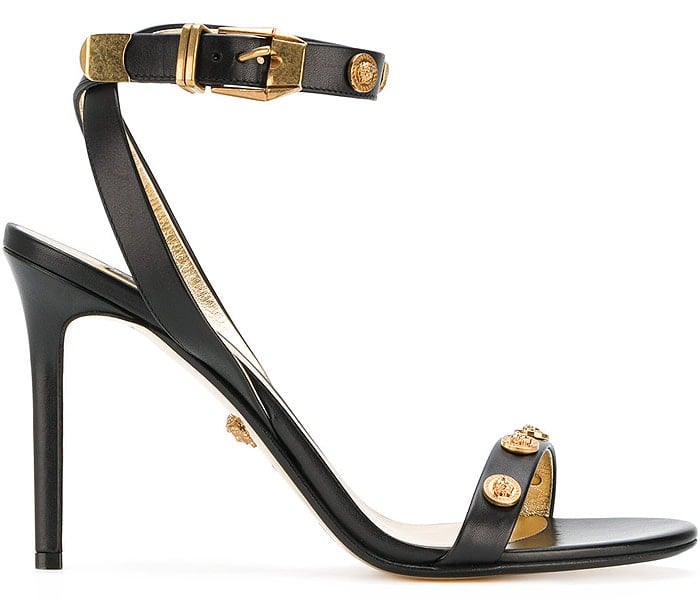 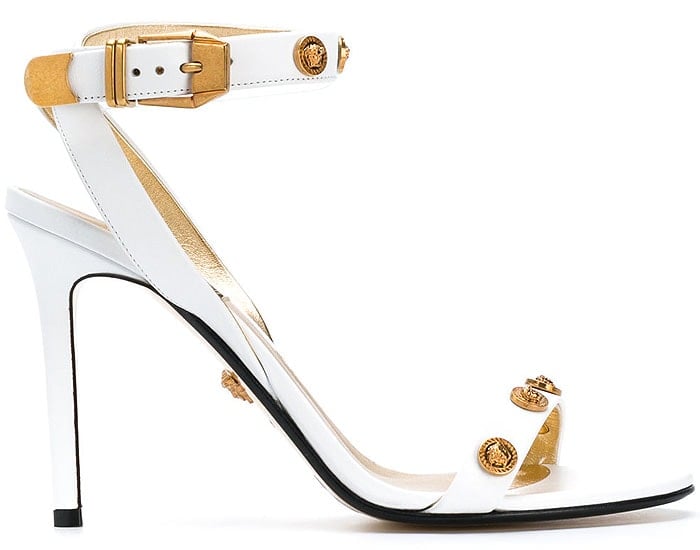 I Bought 7 Risky Amazon Fashion Items—Here Are My Reviews

Inside My Camera Bag | Andoni Lubaki