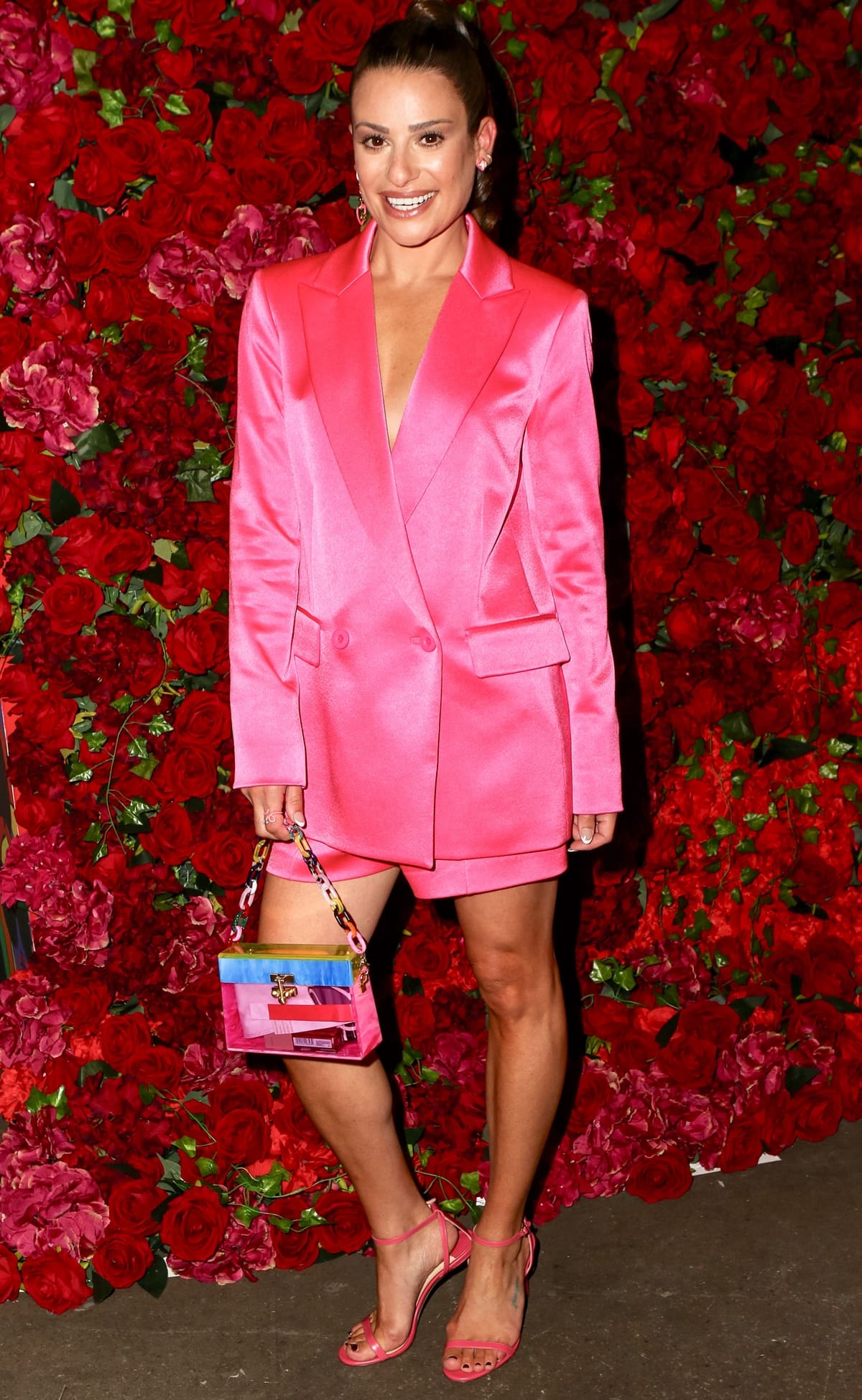 The former Glee actress welcomed her son, Ever Leo Reich, into the world on August 20, 2020. He is the first child of Lea Michele and entrepreneur Zandy Reich, whom she married on March 9, 2019, in Napa, California. 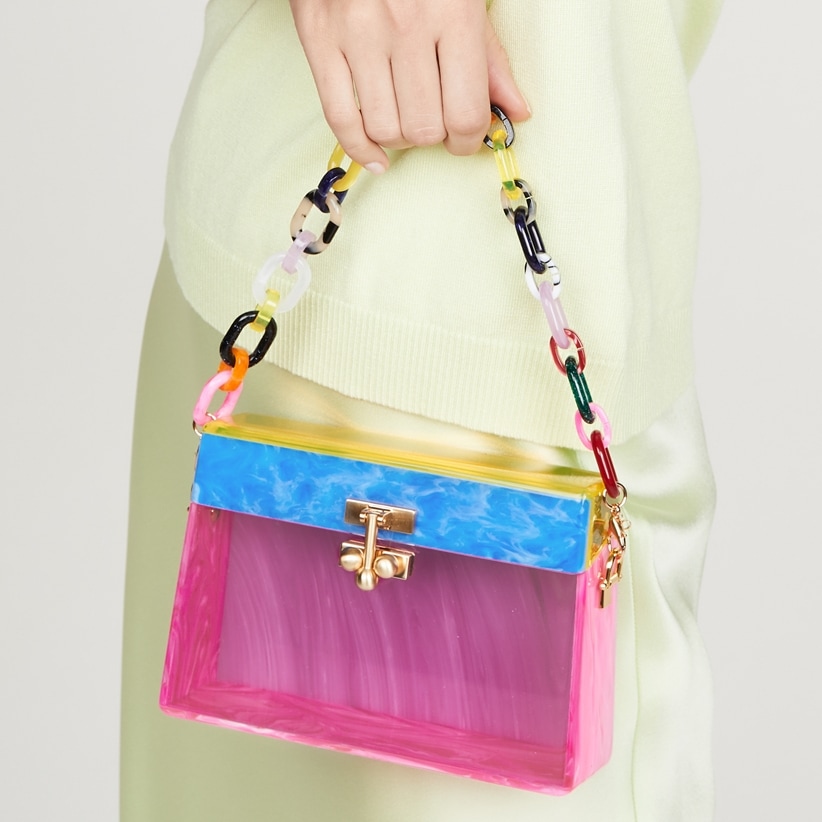 You can find similar handbags from the same brand of vintage-inspired clutches and handbags at Shopbop. 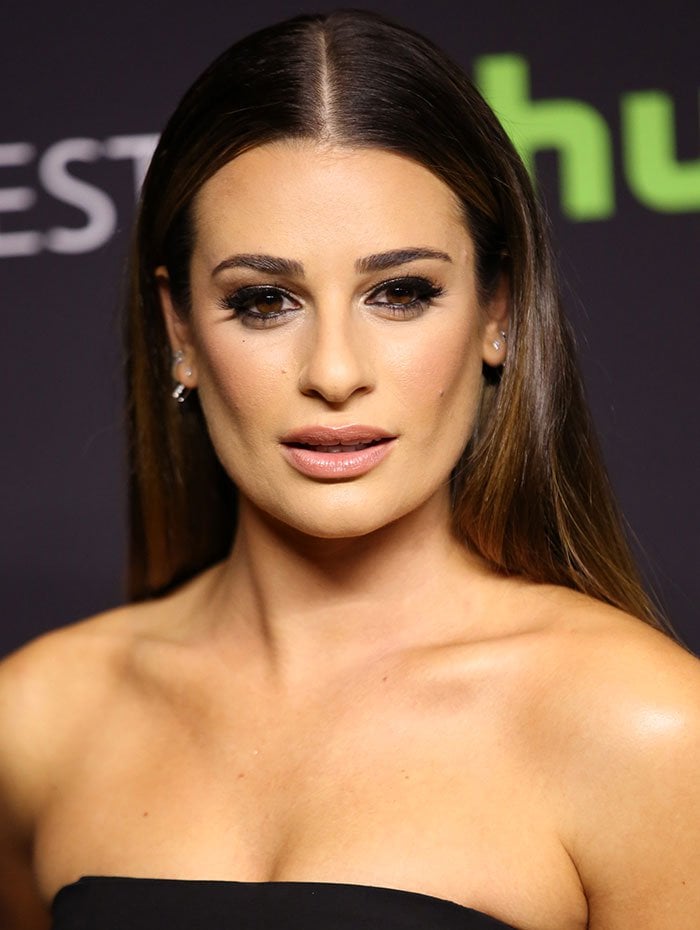 Lea Michele center parts her hair for the “Scream Queens” panel held on March 12, 2016, during the 2016 PaleyFest Los Angeles event held at the Dolby Theatre in Hollywood (Credit: Brian To / WENN)

Lea Michele rarely makes a misstep when it comes to her sartorial choices.

In March 2016, the then 29-year-old actress proved her styling prowess once again as she attended the “Scream Queens” panel held during the 2016 PaleyFest Los Angeles in Hollywood. 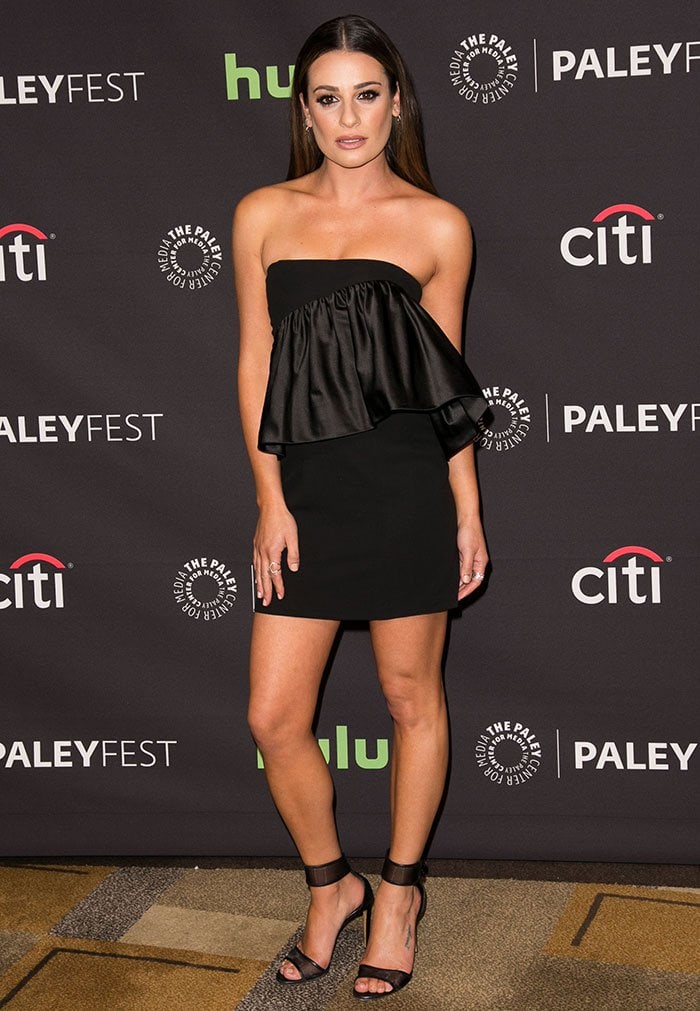 Lea flashed both her legs and a hint of cleavage in a little black dress from Jill Stuart’s Fall 2016 collection.

The strapless frock had an unusual frilly satin detail that provided a surprising twist on the classic LBD silhouette. 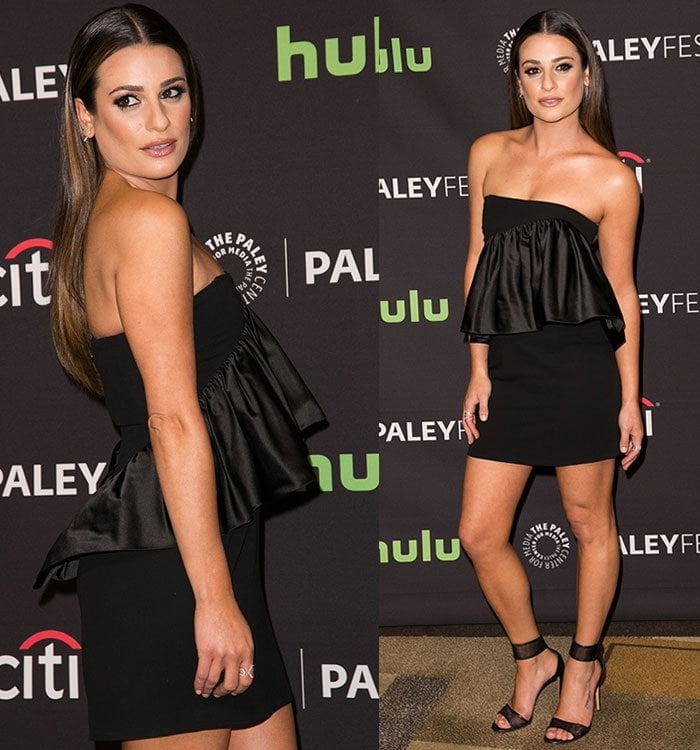 She finished off her simple look with a few pieces of jewelry by EF Collection and a pair of black sandals by Casadei. 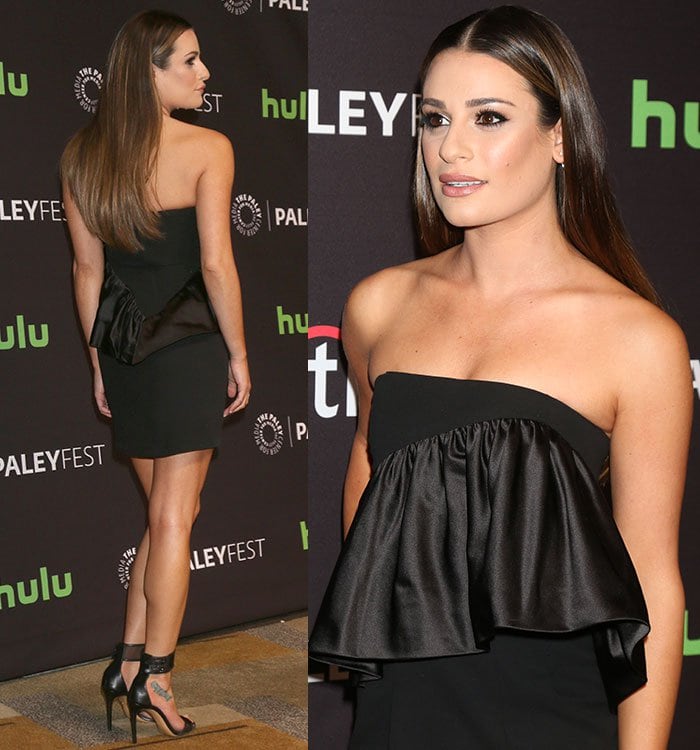 Lea Michele shows off her shoulders and legs in a black Jill Stuart dress at PaleyFest (Credit: Nicky Nelson / WENN)

Lea vamped up her look with smokey eye makeup, sculpted cheekbones, and sleek, straight hair with a center parting. 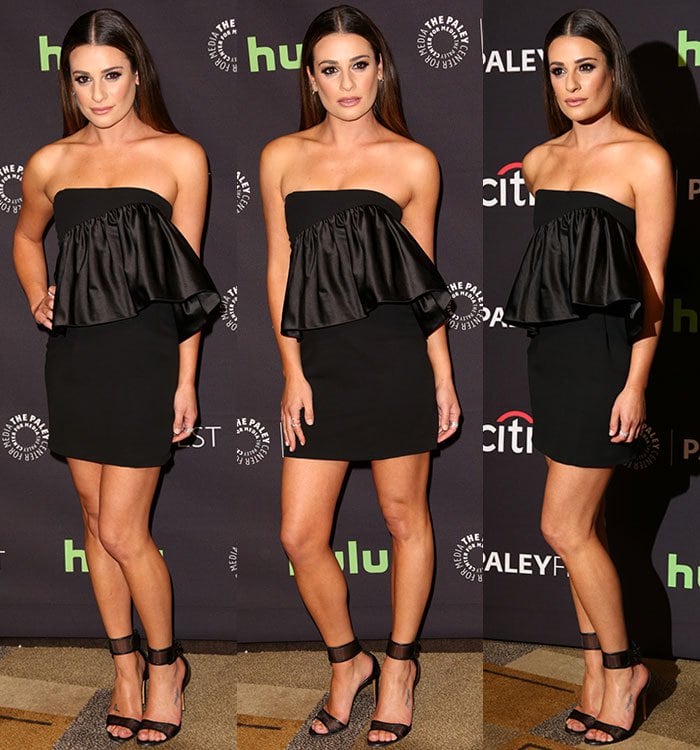 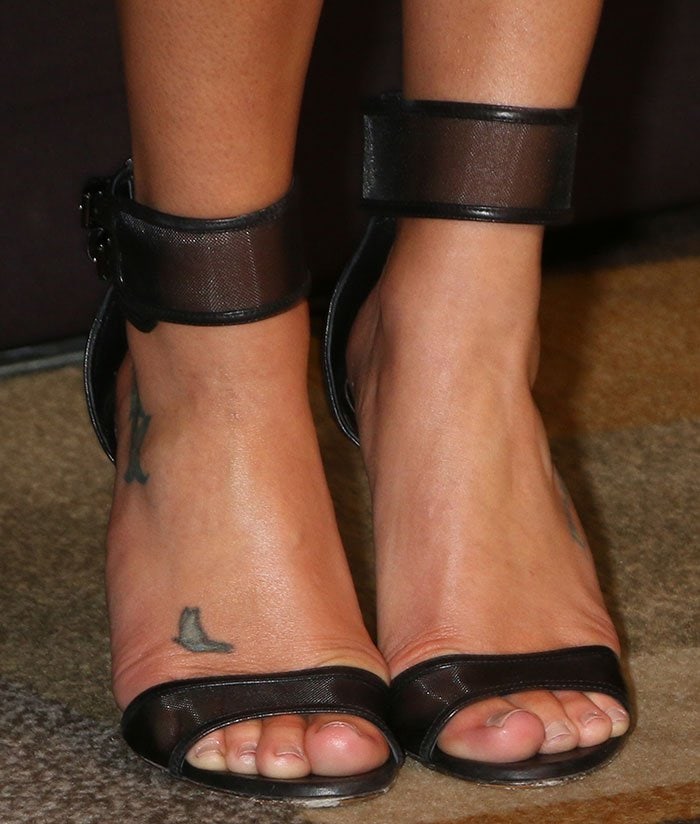 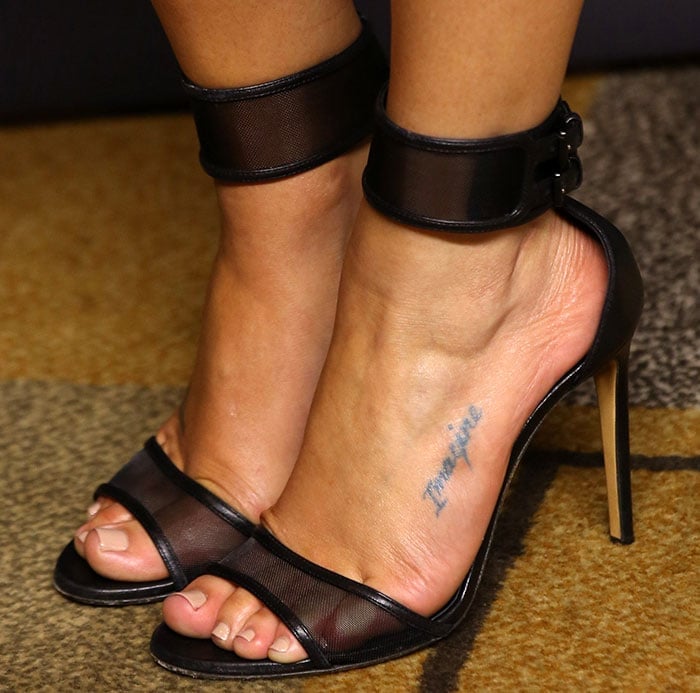 These Casadei sandals are on sale and are available in limited sizes at Farfetch. 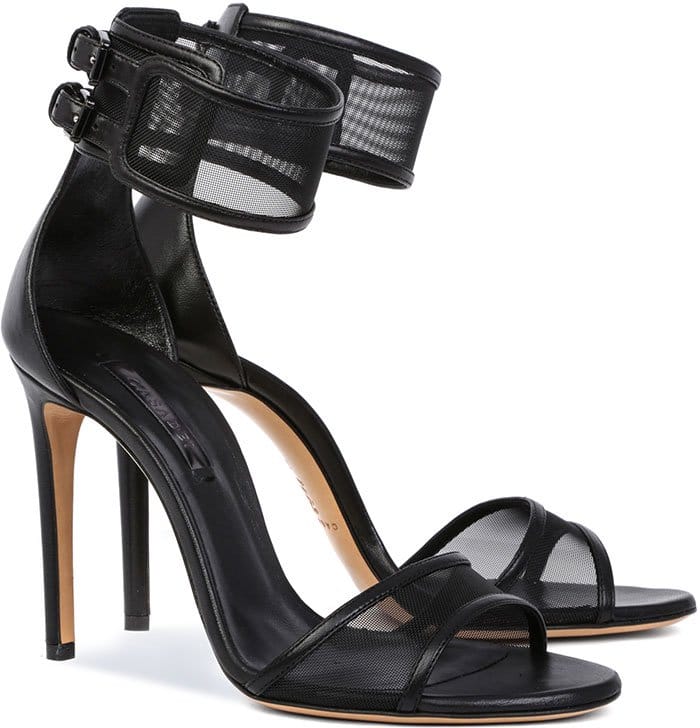 The Denim Trends Celebs in L.A. and NYC Are Loyal To