Giuliana Rancic has been a long-time staple of the E! Network, starting out as an E! News correspondent in 2002 and later becoming an anchor in 2005. A decade later, she took a three-year break from her position as co-anchor.

She also co-hosted Fashion Police from 2010 until its cancelation in 2017. In October 2019, Giuliana officially stepped down from her full-time anchor role but remained with the network for red carpet coverage.

However, just last May, the Daytime Emmy-nominated host announced her official departure from the network’s Live From the Red Carpet after nearly two decades of hosting the event TV series.

Her exit came just three months after her co-host Ryan Seacrest left the show after 14 years “to move on to new adventures.” 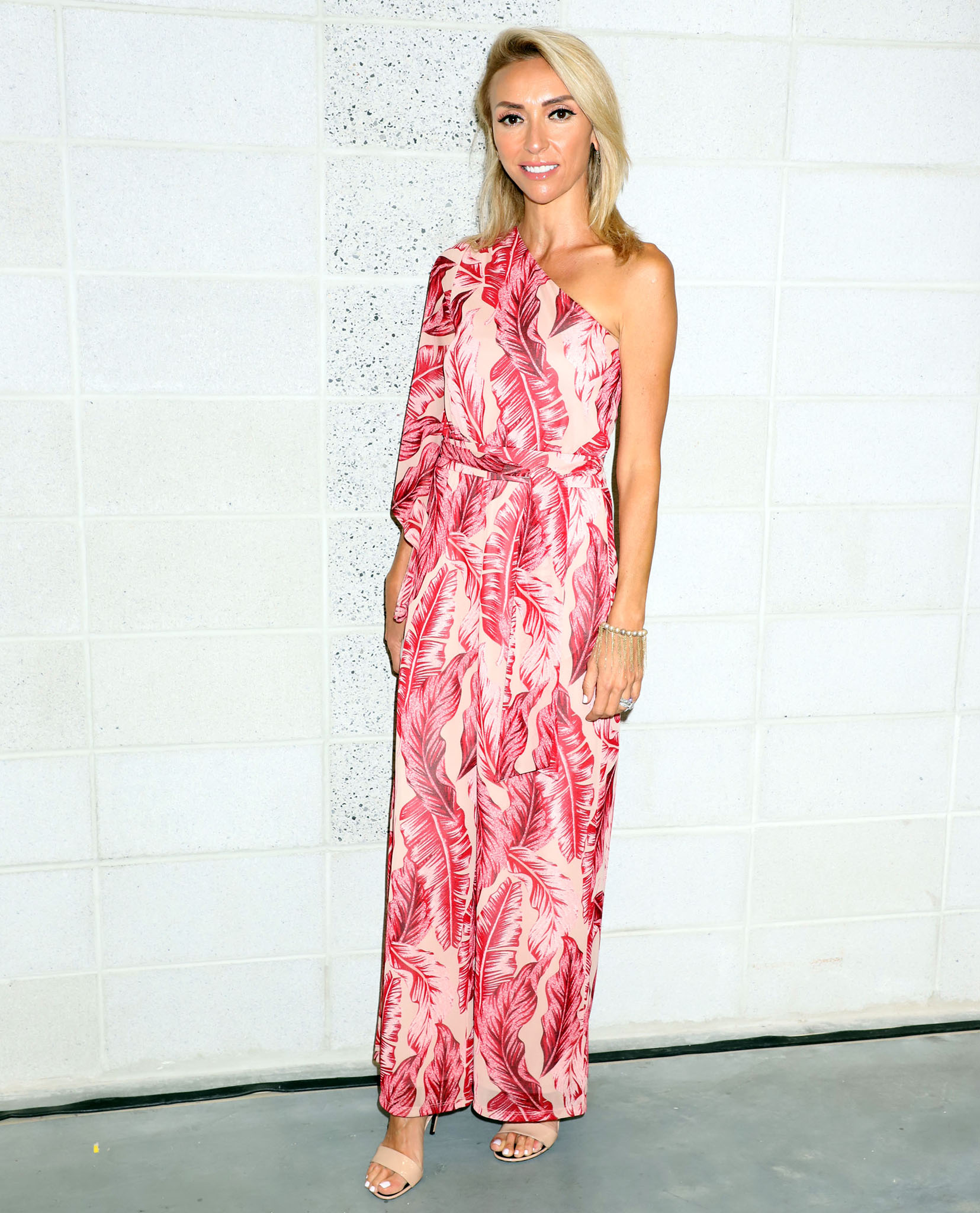 While waiting for her next career move, Giuliana has been busy promoting her skincare line Fountain of Truth.

On Tuesday, she demonstrated her products during the second day of the MAGIC Fashion Trade Show in Las Vegas.

Showing off her styling prowess, Giuliana wore a tropical-themed jumpsuit pink jumpsuit from her clothing line G by Giuliana. 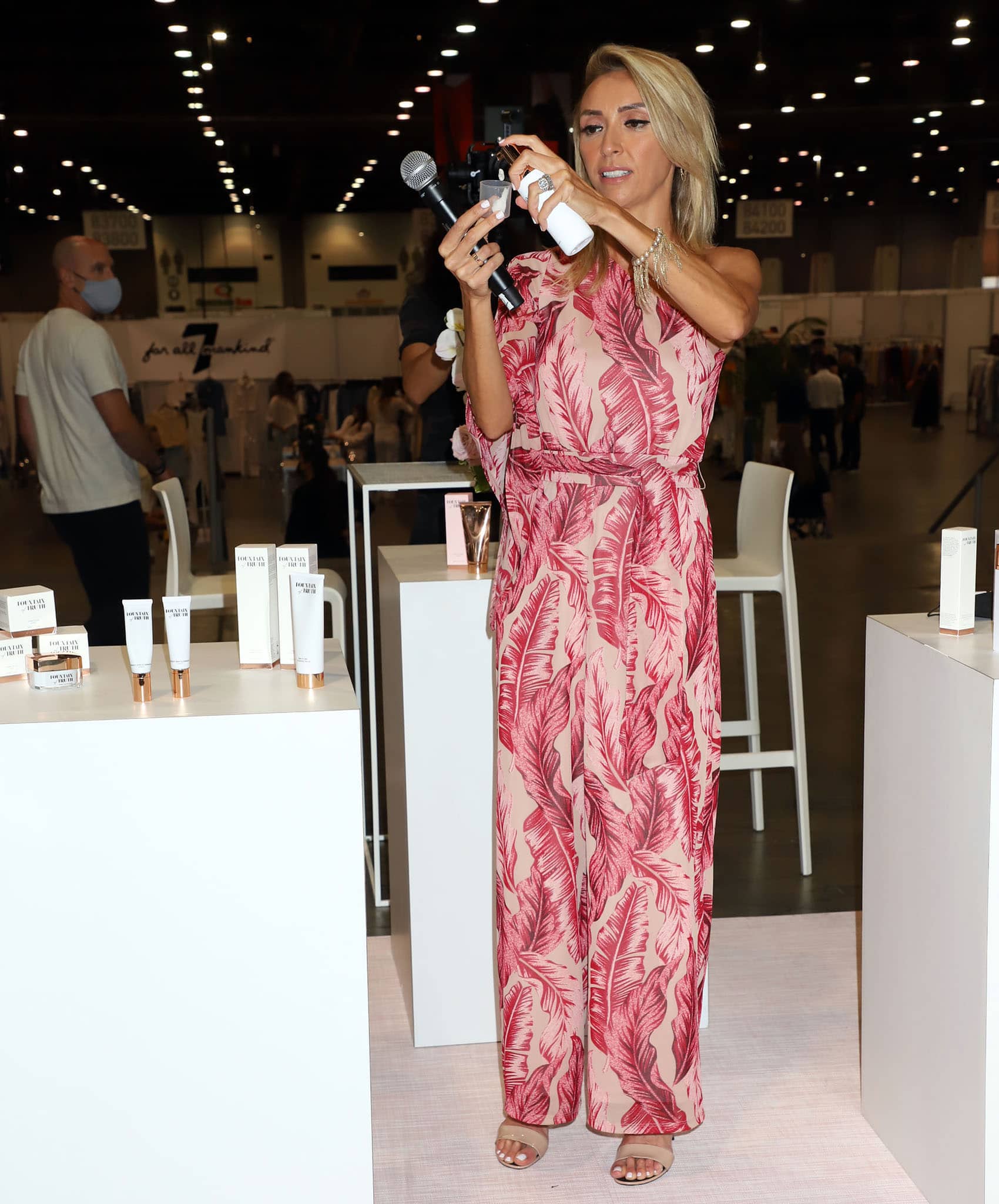 Also a fashion designer, the TV personality released her fashion brand on Home Shopping Network (HSN) in 2013, offering chic and modern styles with price tags that don’t break the bank.

“One of my main goals when I started G by Giuliana was to combine my fashion upbringing with all the fashion knowledge I obtained from being on every major red carpet in Hollywood to fashion week in New York and beyond,” Giuliana told E! News.

“I love to create clothes that are beautiful, well-priced, and in a range of sizes from XXS to 3X.” 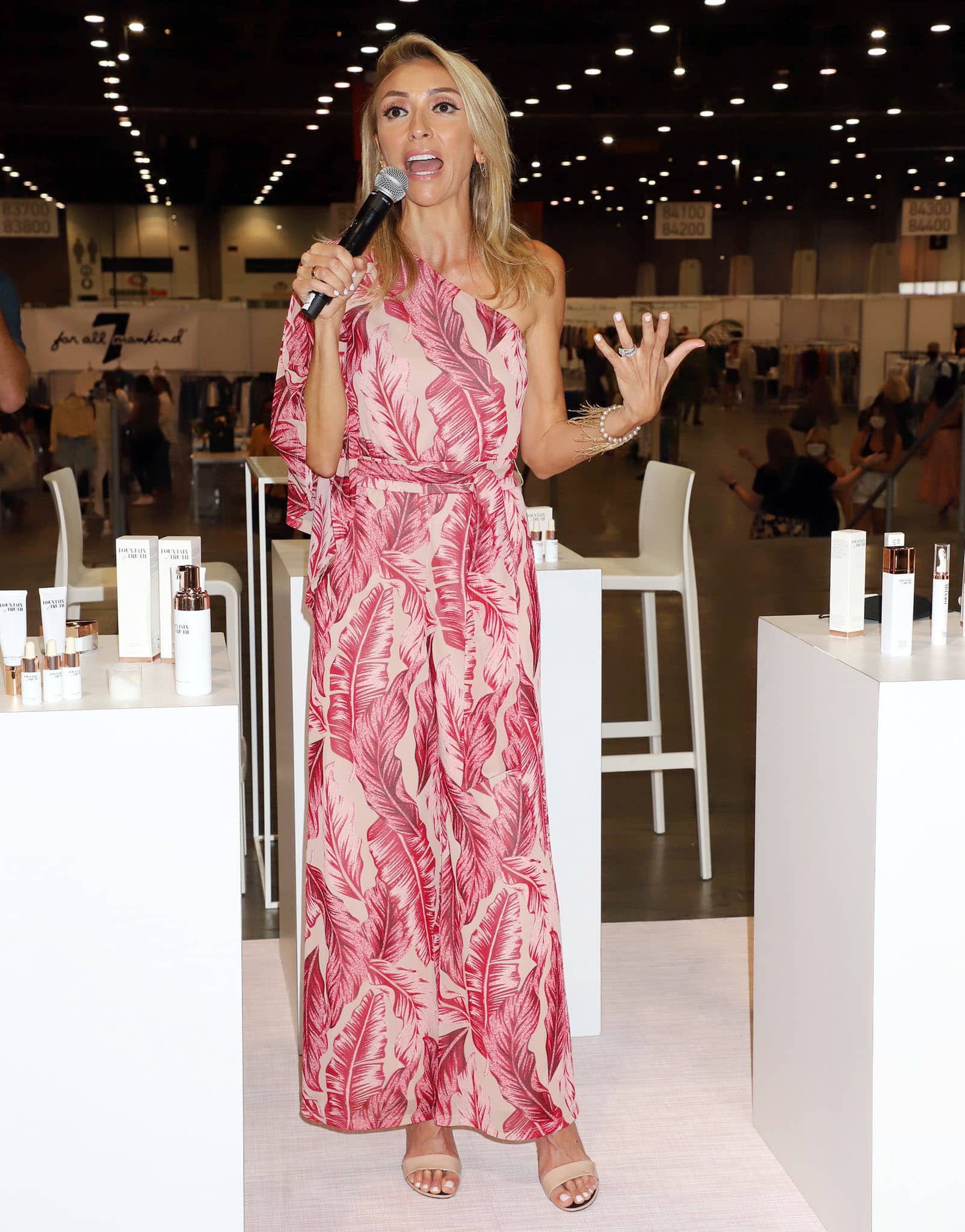 Available for $61.25, Giuliana’s “Drama” jumpsuit features a one-shoulder silhouette with pink banana leaf prints all over. It also has an elastic waist seam with a tie belt to accentuate the waist, a high-low long sleeve, and wide legs. 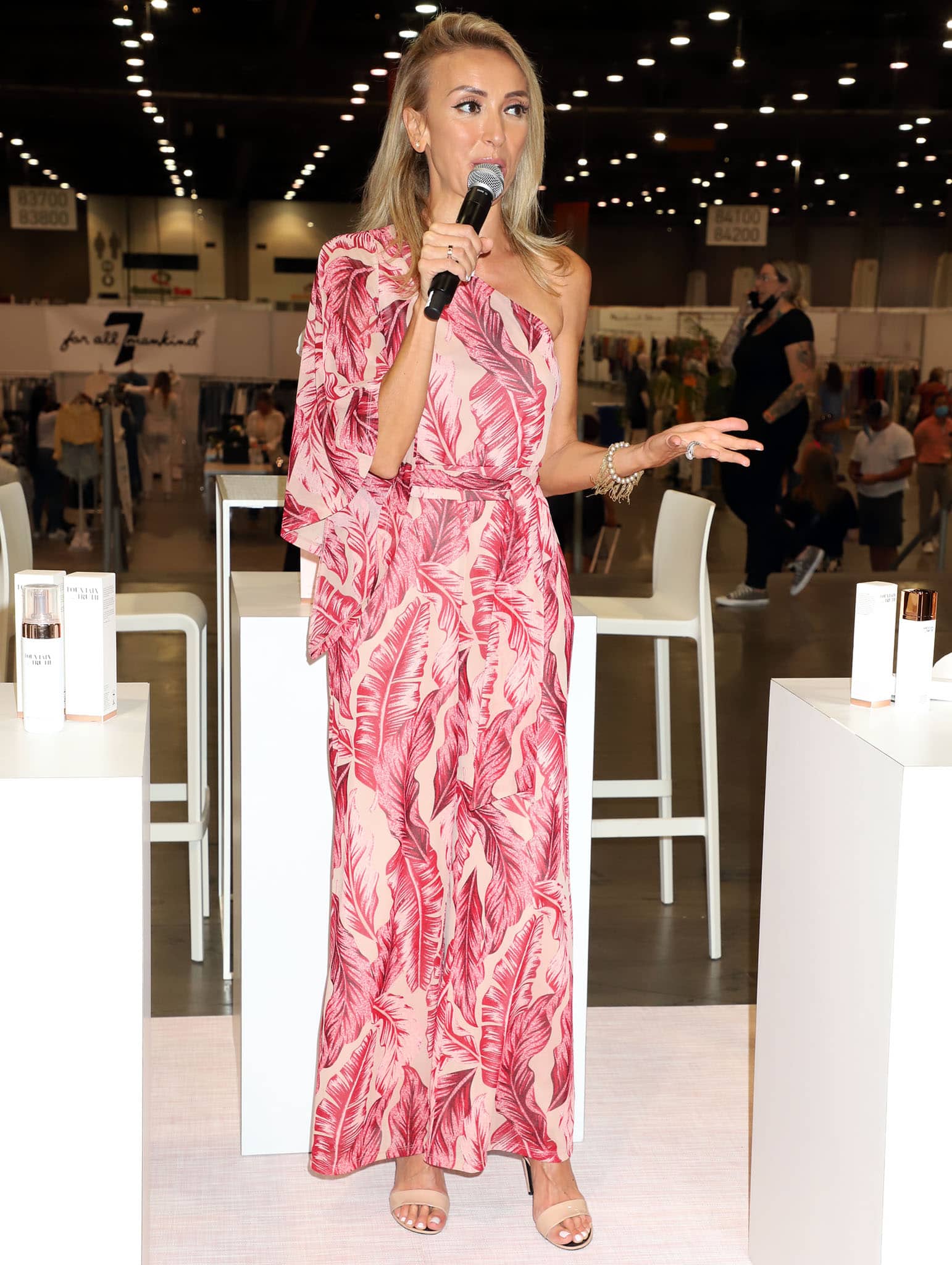 She then accessorized with dangling earrings, a beaded bracelet with chain fringe, and her cushion-cut diamond engagement ring from her husband, Bill Rancic. 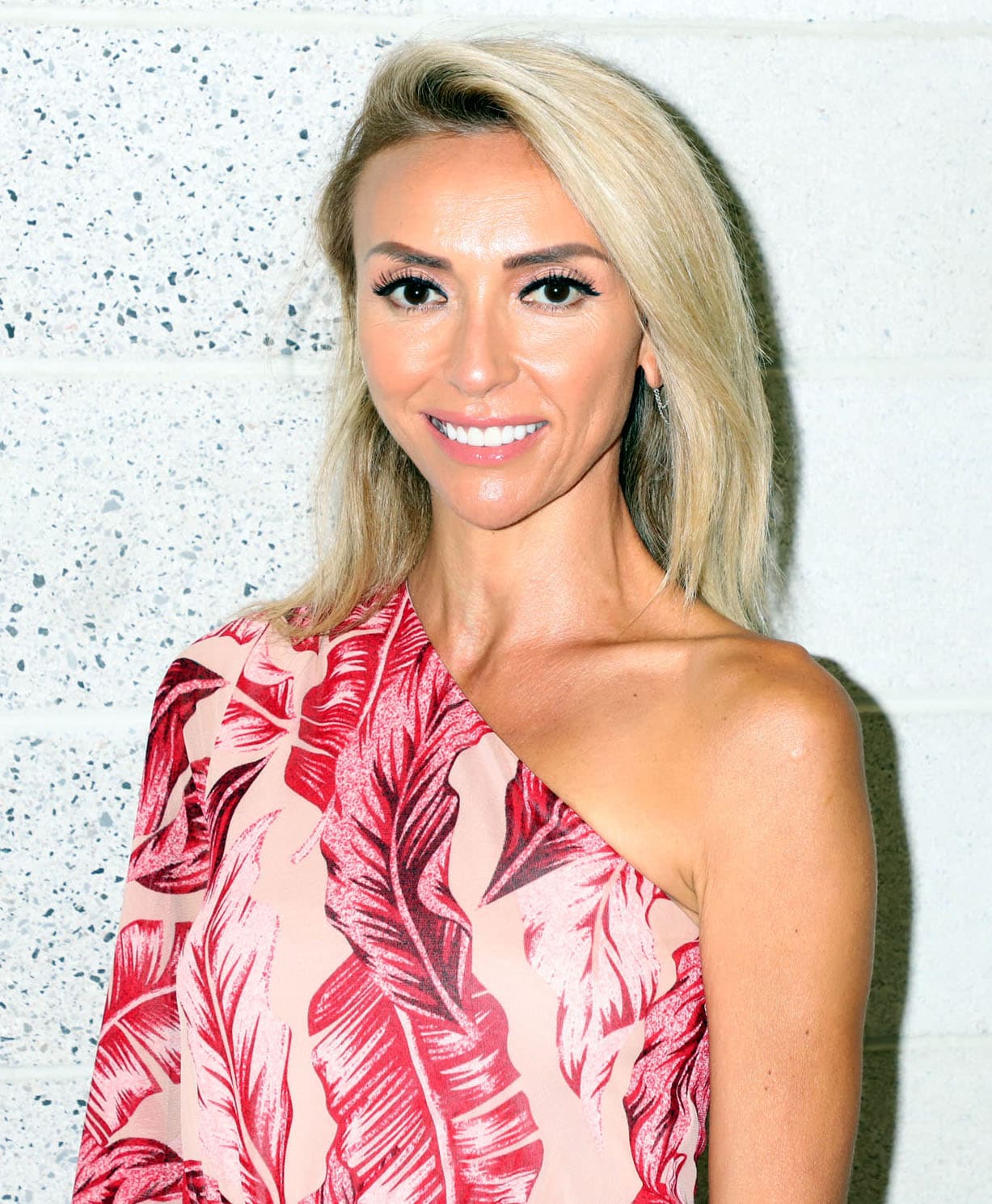 The 46-year-old host rounded out her chic look by showing off her feet in nude patent sandals with open toes and about 4-inch heels. 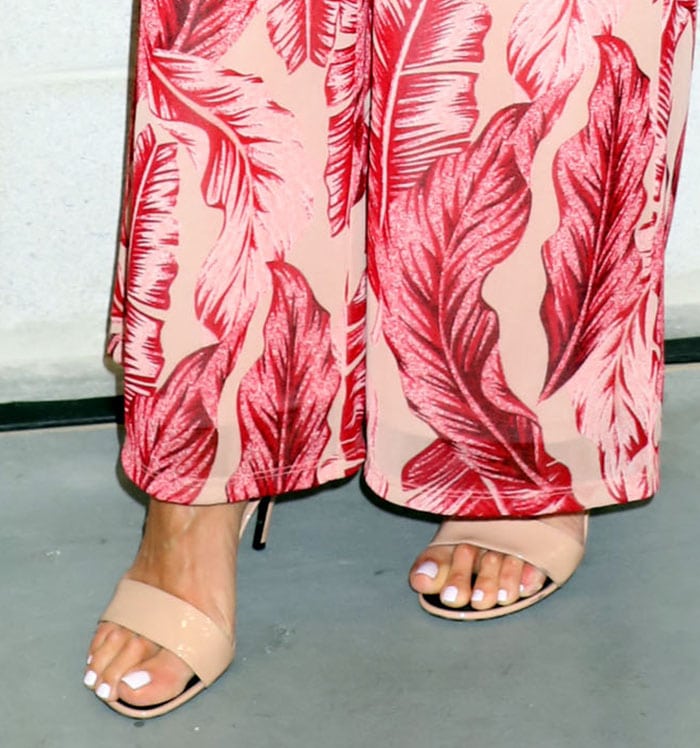 Why Did Giuliana Rancic Leave E!?

“To my E! family, thank you for allowing me to make my red carpet dreams come true for the past two decades. It has truly been a highlight of my career and life.”

Stepping behind the cameras, Giuliana decided to put her red carpet heels to rest and admitted she’s making a major career move that involves “producing and bringing stories to life” with E!’s parent company NBCUniversal.

She ended her post by acknowledging her production team and thanking her viewers for supporting her throughout her red carpet ride.