It’s over! Lucy Hale and Skeet Ulrich have ended their brief relationship less than two months after they were pictured kissing while on a lunch date in Los Angeles.

The two met through mutual friends in the Archie Comics Universe. Skeet played Jughead’s father FP Jones in the CW series Riverdale, while Lucy played the titular role in the Riverdale spinoff Katy Keene, which was canceled after only one season.

Why Did Lucy Hale and Skeet Ulrich Split?

But while their relationship raised eyebrows because of their huge age gap, Lucy and Skeet were reportedly unbothered. 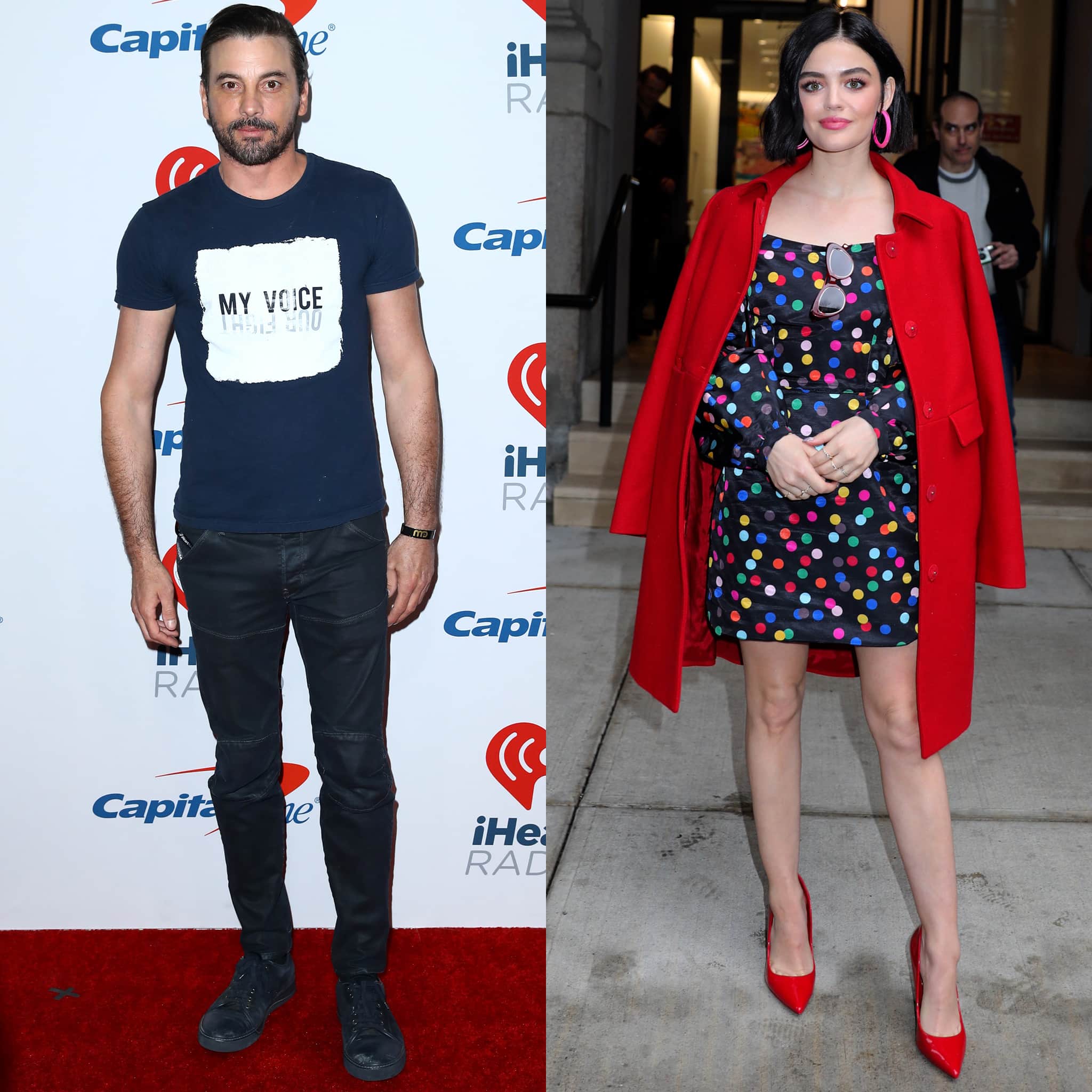 A source close to Lucy told E! News that the Pretty Little Liars alum is currently focusing on herself and that the two have remained in touch with each other.

“She and Skeet had a very brief romance and were seeing each other for about a month, but aren’t dating.”

The source added: “They are still friendly and in touch, but it’s nothing serious. They aren’t consistently seeing each other, and Lucy is focusing on herself right now. She’s very much single but thinks Skeet is a great guy.”

Another insider told US Weekly that the May-December pair’s romance was “more of a trial run.” “They wanted to see if they could be more than friends, but it didn’t feel right. Skeet was pushing harder, but he was cool with it ending.” 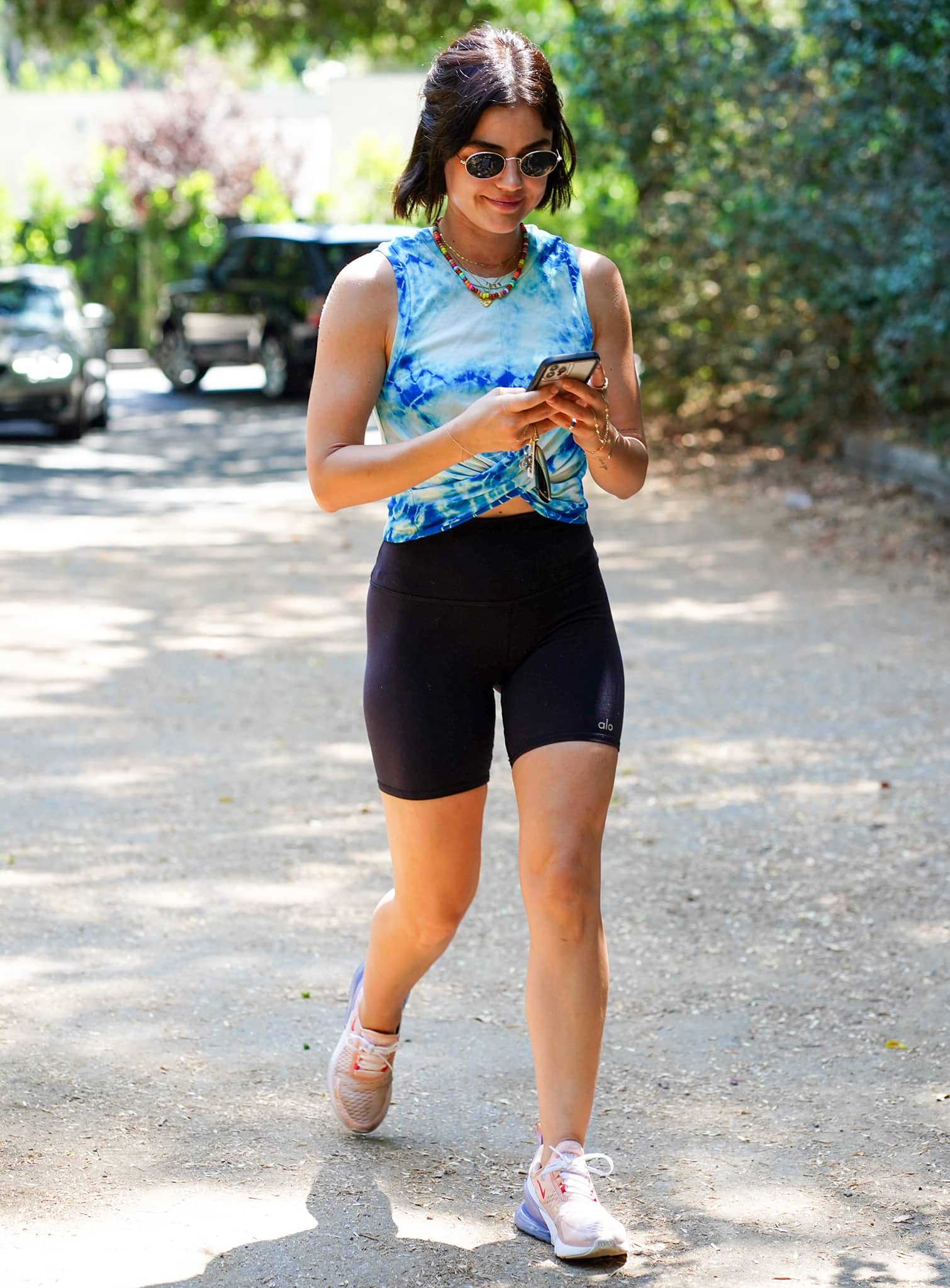 Before her fling with Skeet, Lucy was rumored to be dating The Bachelor alum and former NFL player Colton Underwood, who publicly came out as gay on Good Morning America in April.

Lucy Hale seems just as cool as Skeet with their breakup. She has just recently wrapped up filming for her upcoming thriller series, Ragdoll, and has been keeping herself busy by working out.

On Friday, the fitness enthusiast appeared to be in high spirits while on a solo hike in Studio City. 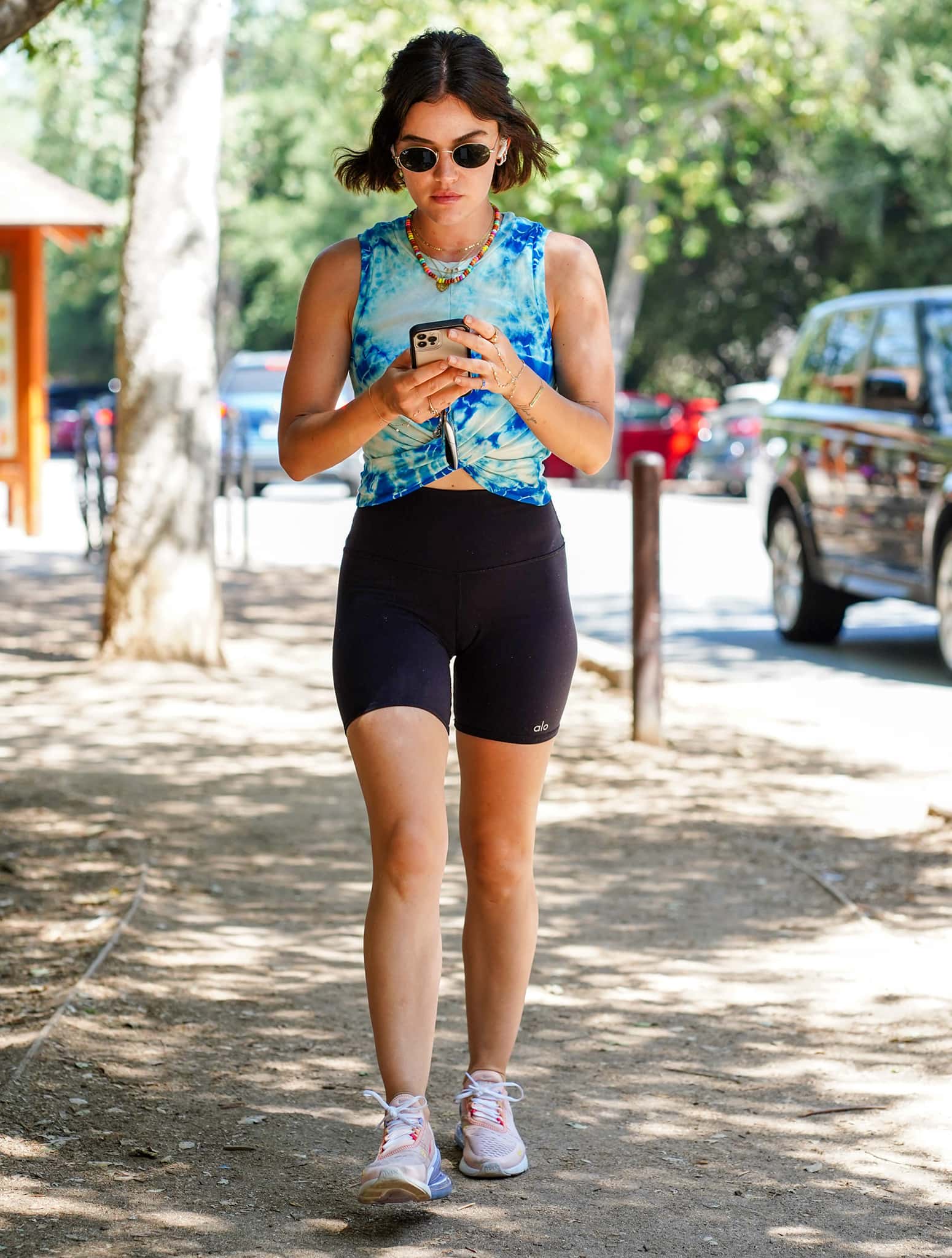 She was hard to ignore in her $59 Year of Ours “Anne Marie” blue tie-dye tank top that features a high-cut muscle tee silhouette with a twist in front. She teamed it with a black pair of $56 high-waist biker shorts from celebrity-approved activewear label Alo Yoga.

She wore her short brunette tresses in a half-up style and shielded her eyes behind a pair of Ray-Ban Oval Flat lenses. 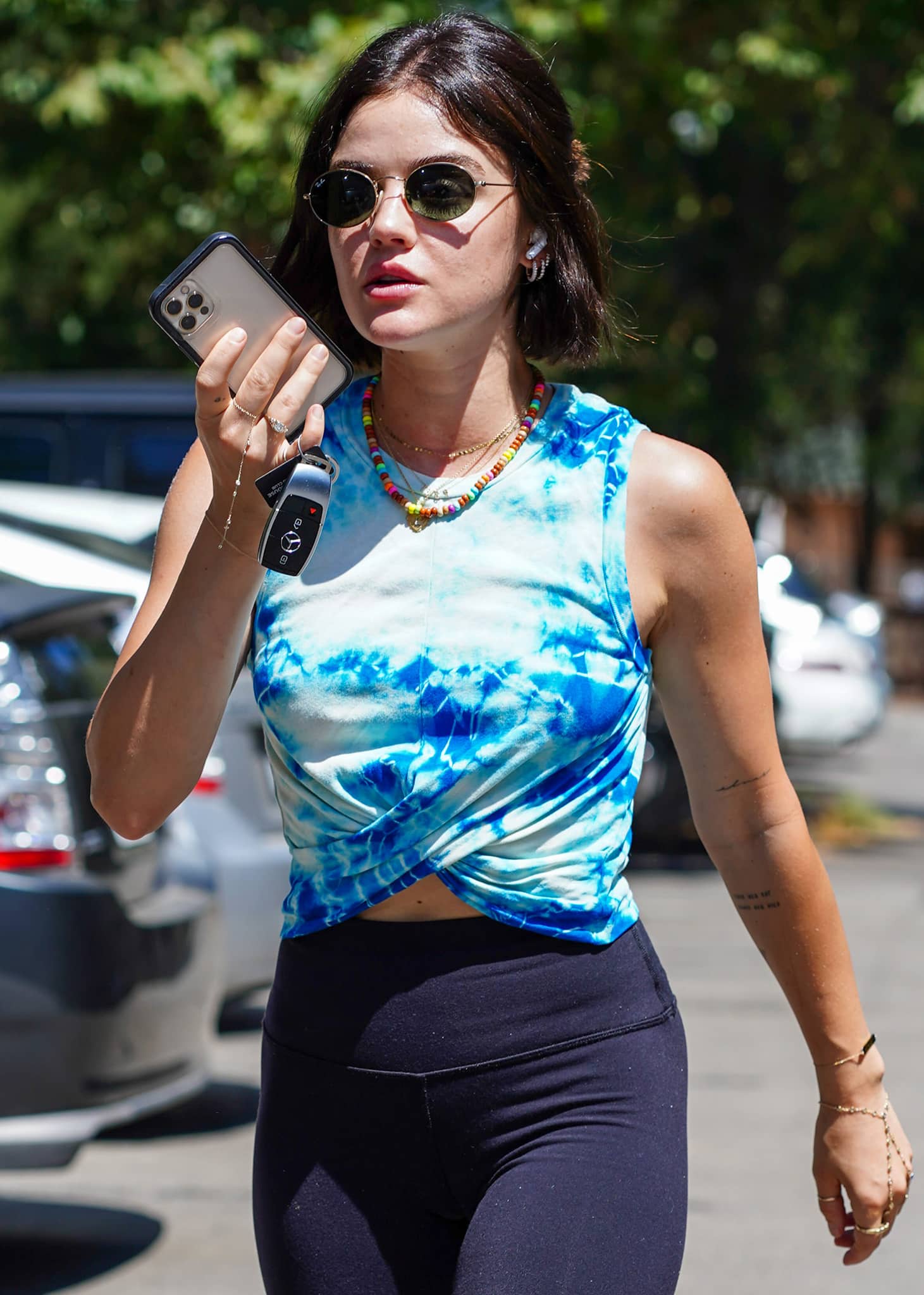 Lucy Hale wears her hair in a half-up style and shields her eyes behind a pair of Ray-Ban oval lenses (Credit: Mega / WENN)

To complete her hiking look, Lucy slipped into a pair of Air Max 270 shoes in pastel red, orange, yellow, and purple.

Released in spring last year, these shoes have an iridescent finish on the Max Air unit and Swoosh logo. They also have an extra-large Air unit, a plush foam midsole, and a stretchy inner sleeve for a sock-like fit. 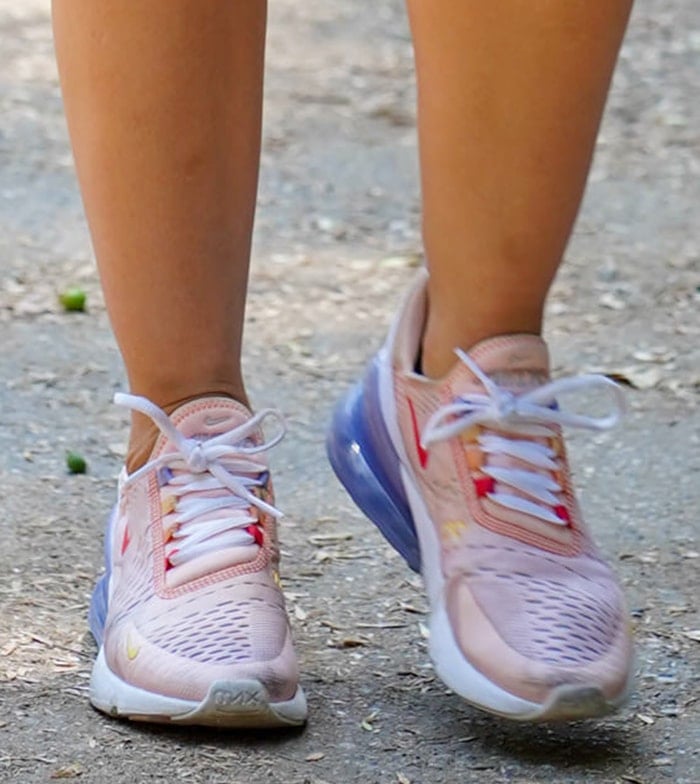 An Honest Review of the Hair Supplement Nutrafol