Bullied as a teenager for her voluptuous lips, Angelina Jolie suffered because of the way she looked while attending Beverly Hills High School. Wearing braces and glasses did not help, and she was also ridiculed for being too thin.

“At school I wasn’t that popular person; I was a punk. I loved leather, PVC, and fishnets. Those were my three favorite fabrics in my early 20s. I remember the first time I wore PVC pants,” she told Harper’s Bazaar in November 2019. 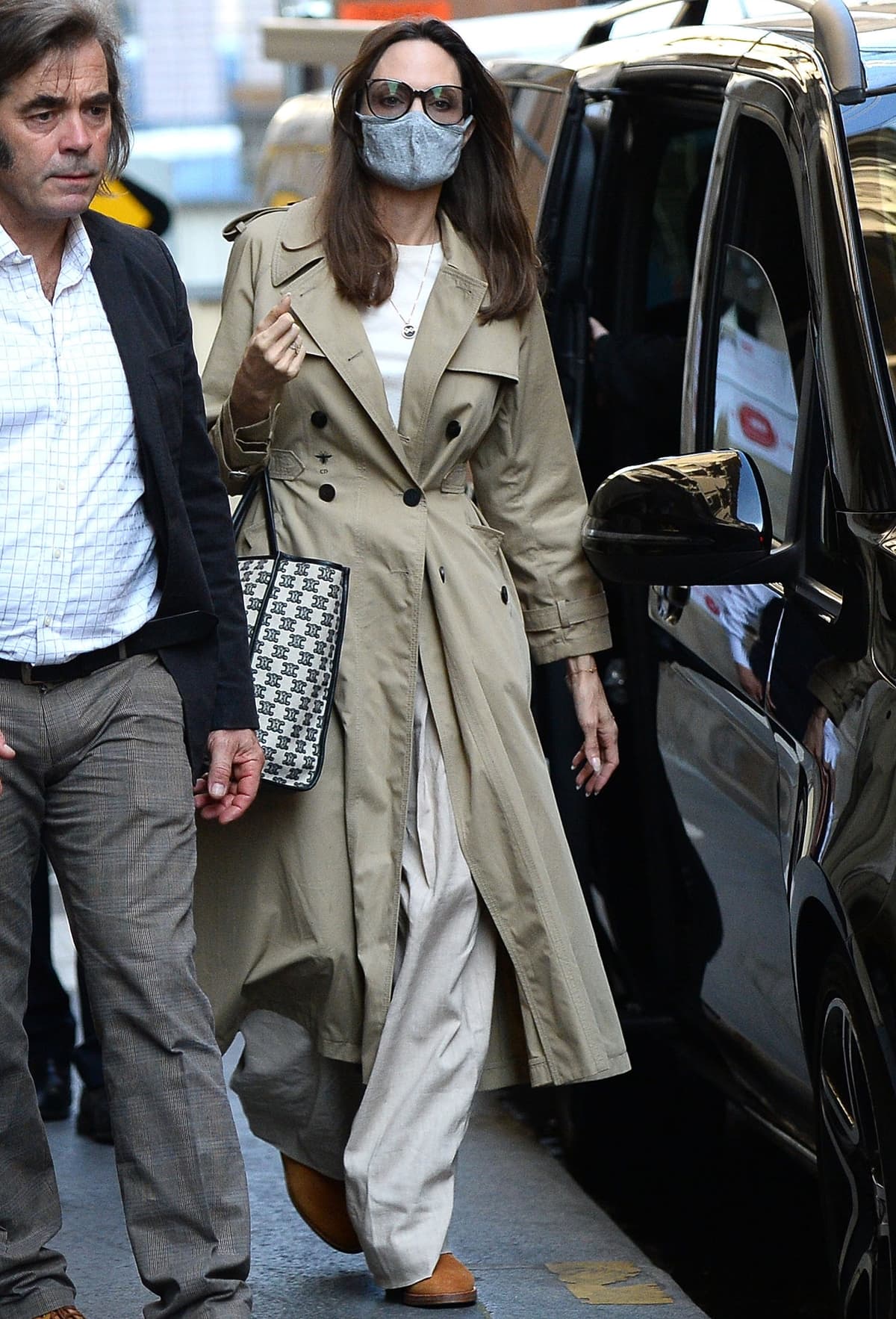 Angelina Jolie wears a Dior trench coat and totes a Celine Horizontal Cabas bag in textile with Triomphe embroidery outside her hotel in Paris on July 23, 2021 (Credit: MEGA / WENN)

“I was waiting for an audition, sitting in the sun in L.A. By the time it was my turn, my pants had fused together. I didn’t get the part. But I loved those pants. I wore something similar when I married Jonny [Lee Miller].”

According to Cis Rundle, a family friend who watched after Jolie for eight years, the future star was called “Ubangi Lips” and suffered from anorexia, a common eating disorder, during her teen years.

“She just liked that little bit of pain. She liked that edge,” Cis Rundle told Radar Online in September 2014 and added that Jolie loved to dip her fingers in wax. Following the separation of Agenlina’s parents Jon Voight and Marcheline Bertrand in 1976, Cis Rundle helped take care of Jolie. 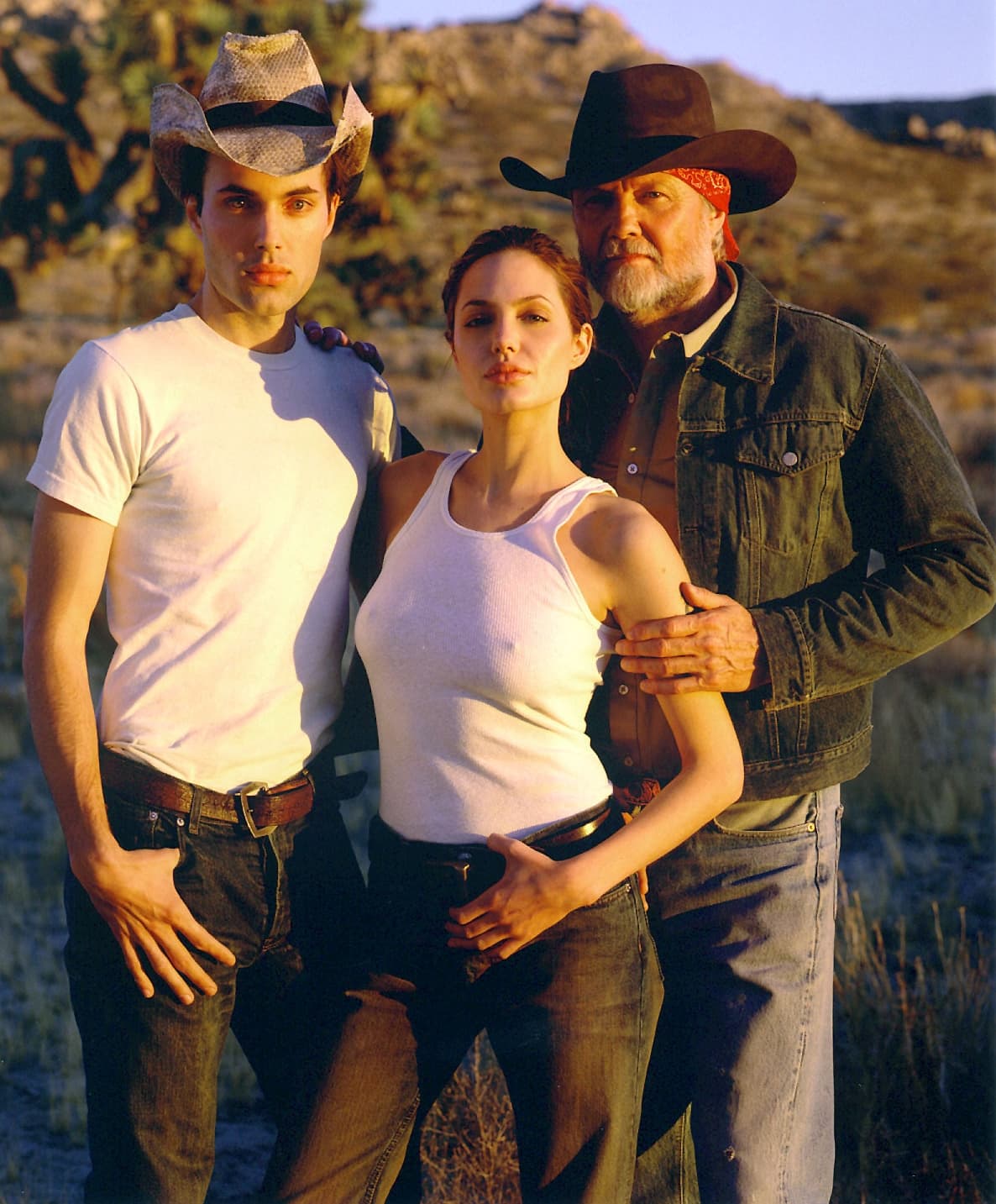 “I carried her into the hospital. She was in that anorexic stage…it was one of her stages. She didn’t stay, it got worked out,” Rundle said about Jolie’s anorexia eating disorder. “But Marcheline got scared that she wasn’t eating.”

“They made fun of her because of her lips and the girls were mean to her. She has these broad shoulders and long legs, she moved like a gazelle,” Cis Rundle said about Jolie’s fellow students at Beverly Hills High. 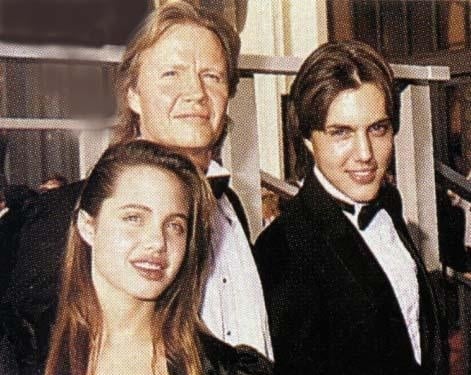 Pictured with her brother James Haven and her father Jon Voight, Angelina Jolie was bullied in high school and reportedly suffered from the common eating disorder anorexia (Credit: WENN)

In January 2012, the Original Sin star was seen at the 2012 Palm Springs International Film Festival Awards Gala in a nude gown and matching Jimmy Choos.

The American actress, film director, screenwriter, and author was also spotted at the American Cinematheque’s Foreign-Language Nominee Series in Hollywood in a pair of simple Pour La Victoire pumps. 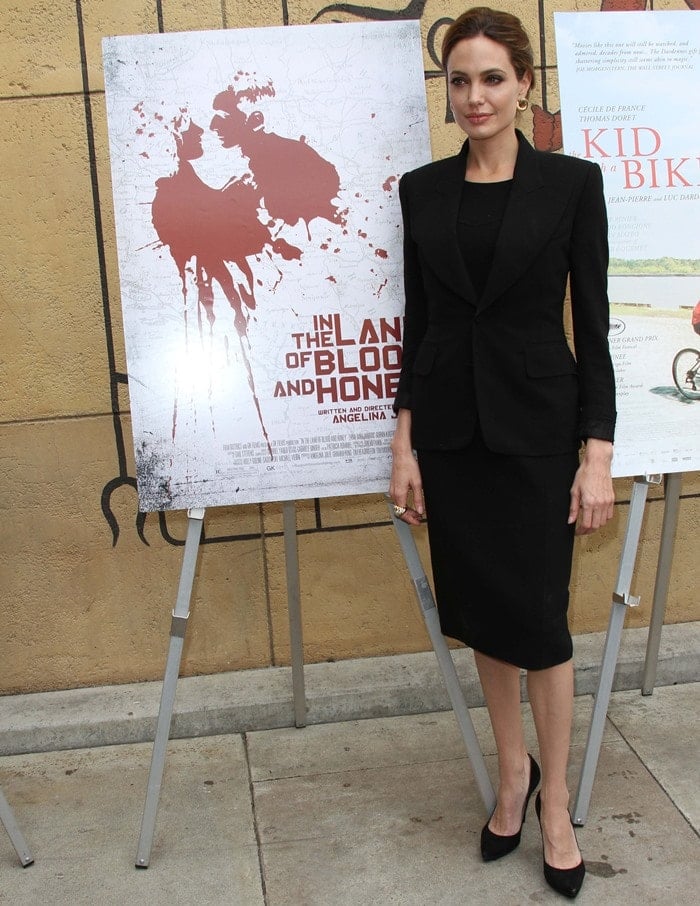 I love the simple sophistication that Angelina is known for, but I wish she would mix it up a little once in a while instead of always wearing boring shoes. Where’s the color? Where’s the sass? 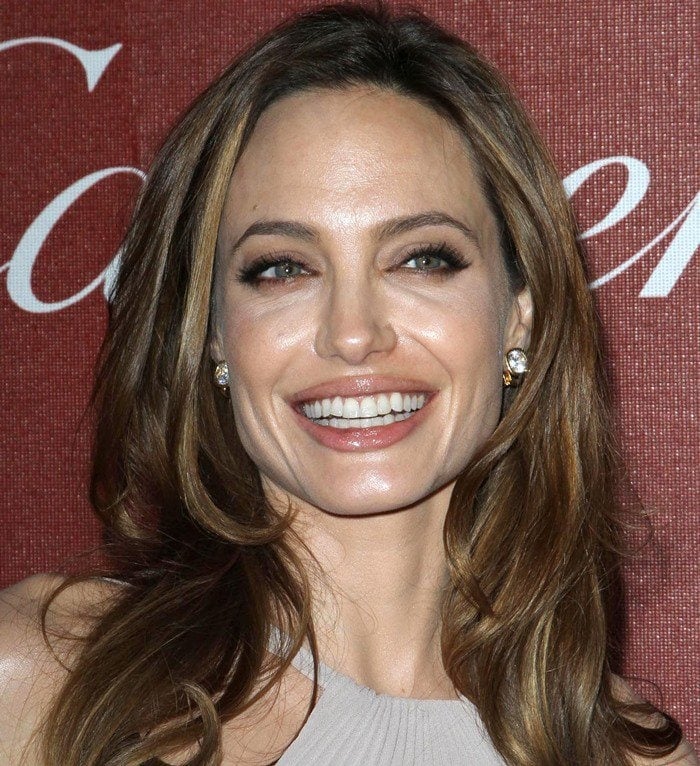 In our first example, Angelina wore Pour La Victoire pumps styled with an all black ensemble . Yes, Angie looked very polished and nice, but I think I feel a yawn coming on just from thinking about this ensemble for too long. Do you agree? 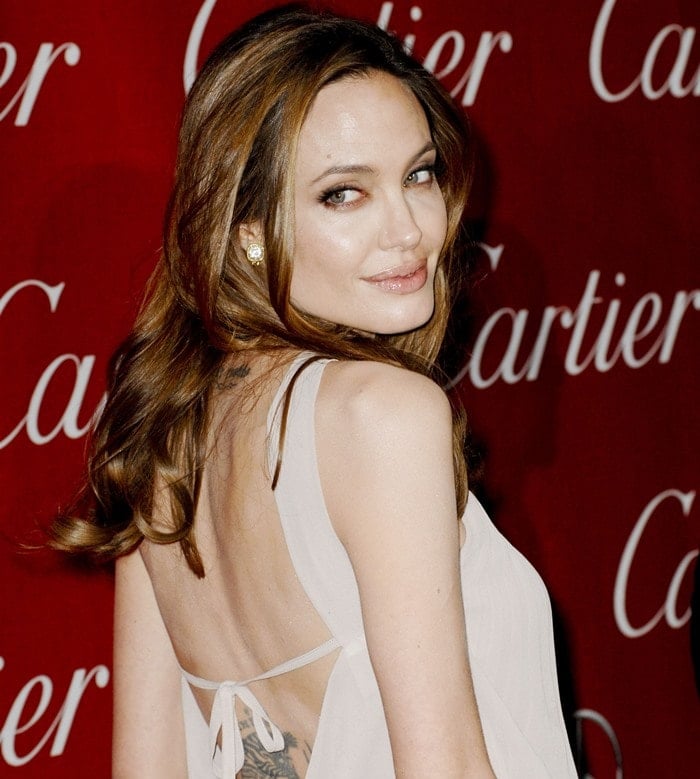 While I love the ethereal feel of her gown and the subtle yet glamorous look, I’m still bored to tears with her shoe selection. 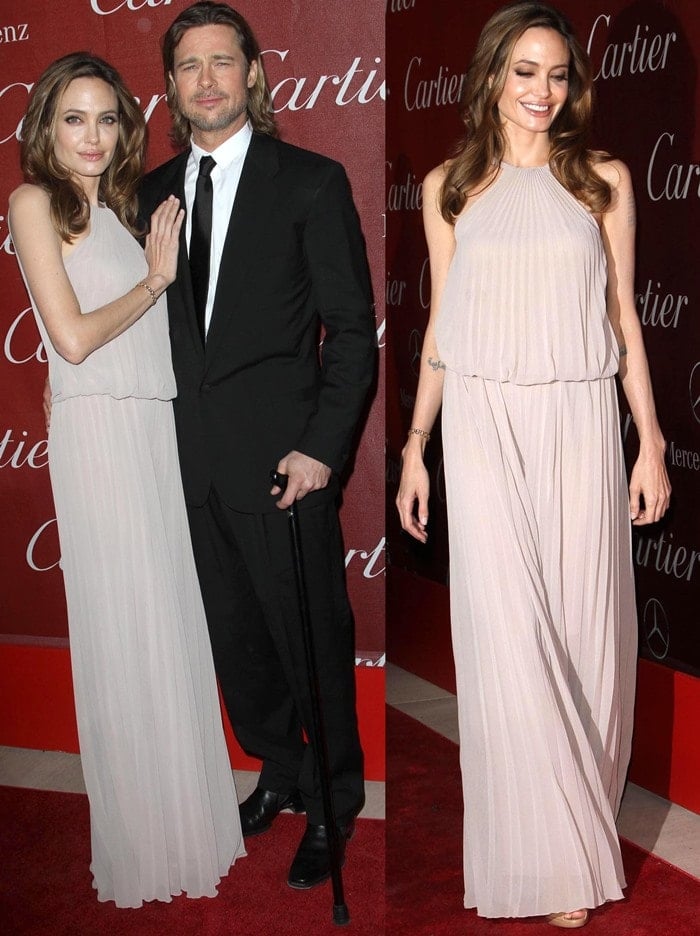 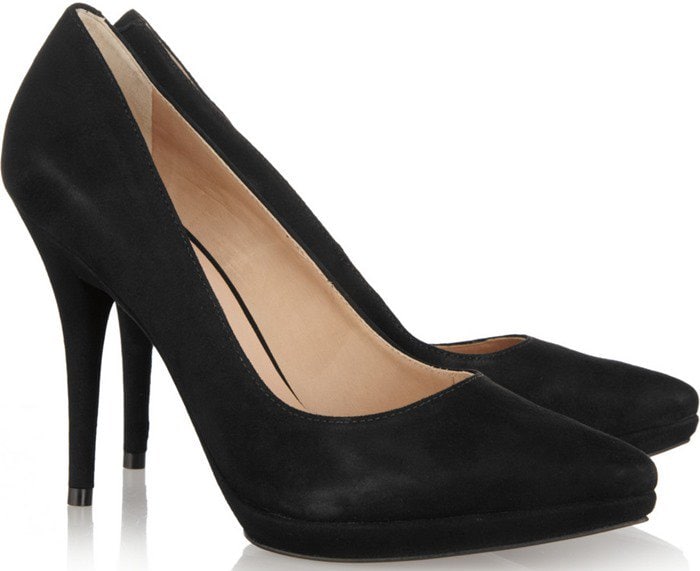 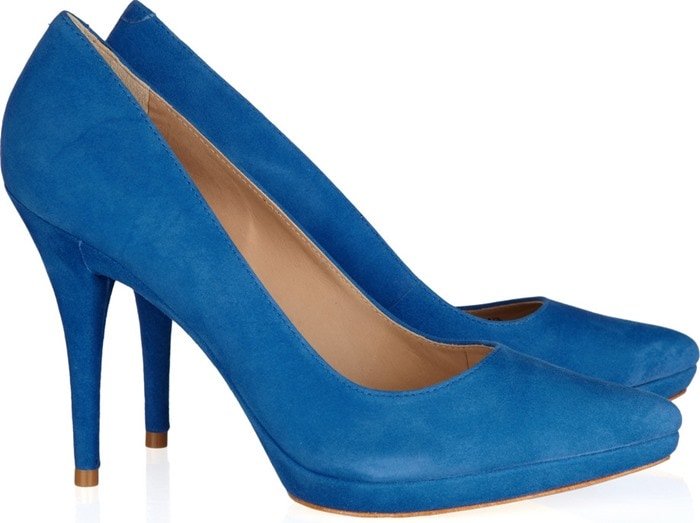 I would love to see Angelina in a more colorful pair of shoes. While I understand that the event she was attending was a very professional occasion, from time to time she should consider injecting a simple but vivid heel like this one: 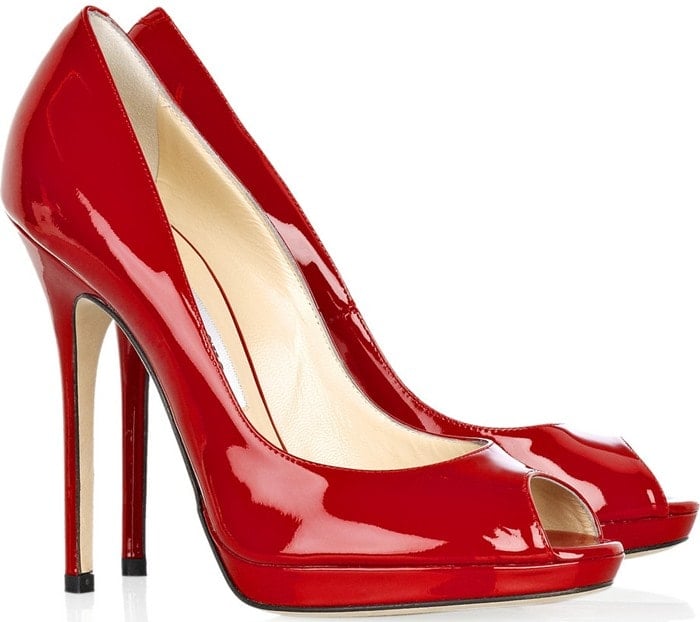 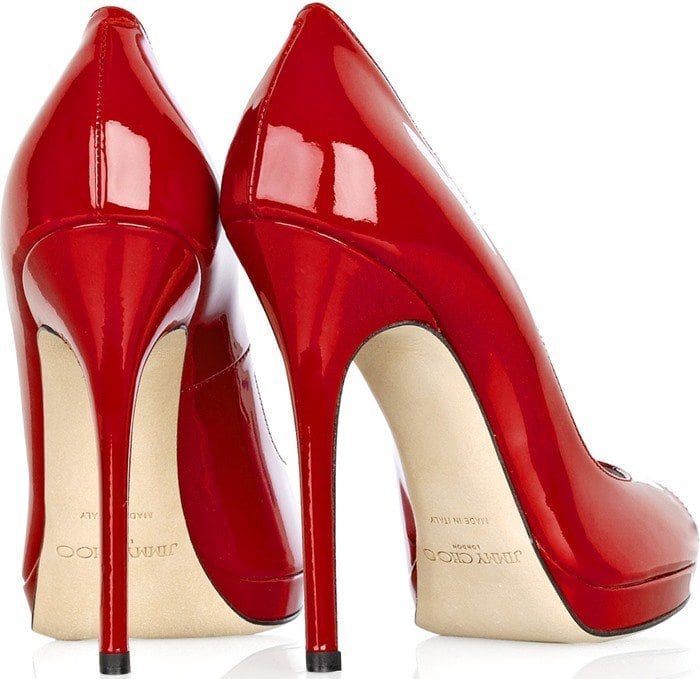 So, my fellow shoe experts, what is your verdict? Are Angelina’s shoe choices boring or do they work with her outfits?