In an interview published in The Sunday Times in August, Rosie Huntington-Whiteley addressed the controversy surrounding Victoria’s Secret.

The 34-year-old model and former Angel, who earlier the same month announced her second pregnancy, says her former employer failed to keep up with the times. 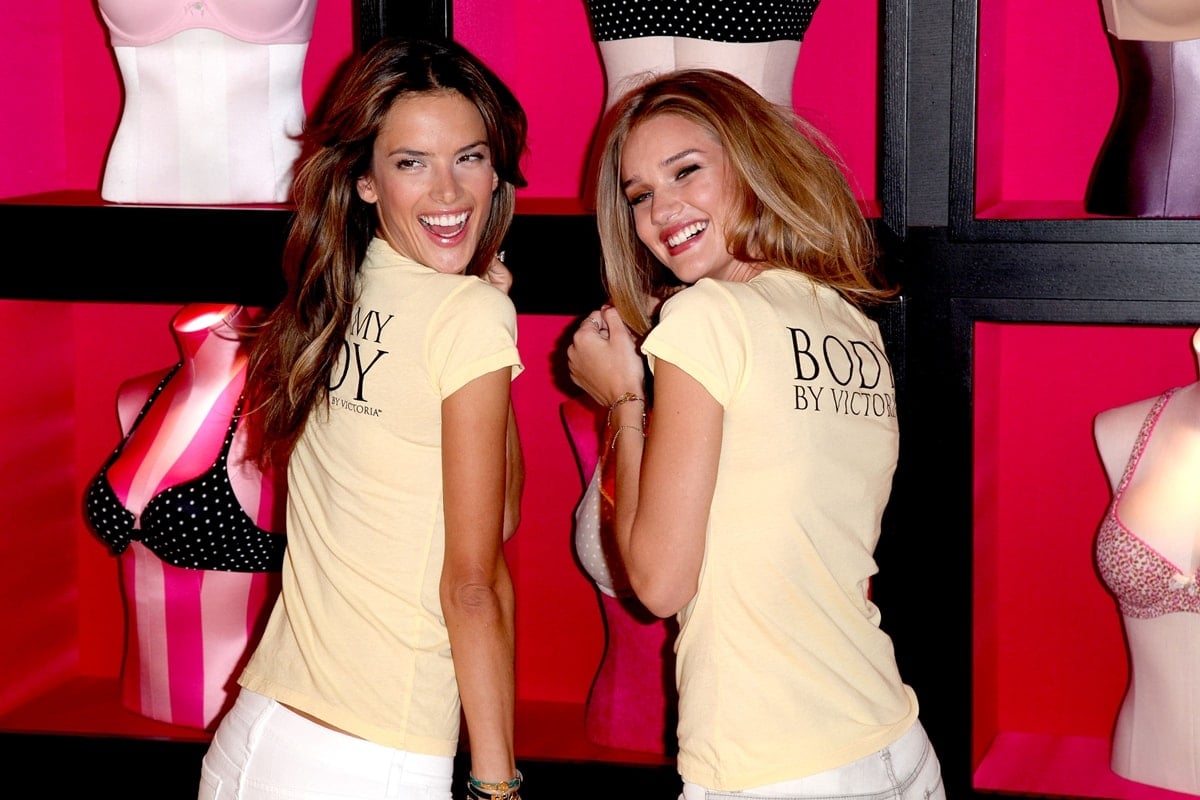 “It was a different time and it’s crazy [to say that] because it was 11 years ago,” Rosie told the British newspaper, “which is not that long ago.”

“I do feel Victoria’s Secret really missed the boat with broadening themselves out in the past few years,” Rosie said about the lingerie company, “and really listening to the cultural shift of what people are looking for from their brand.” 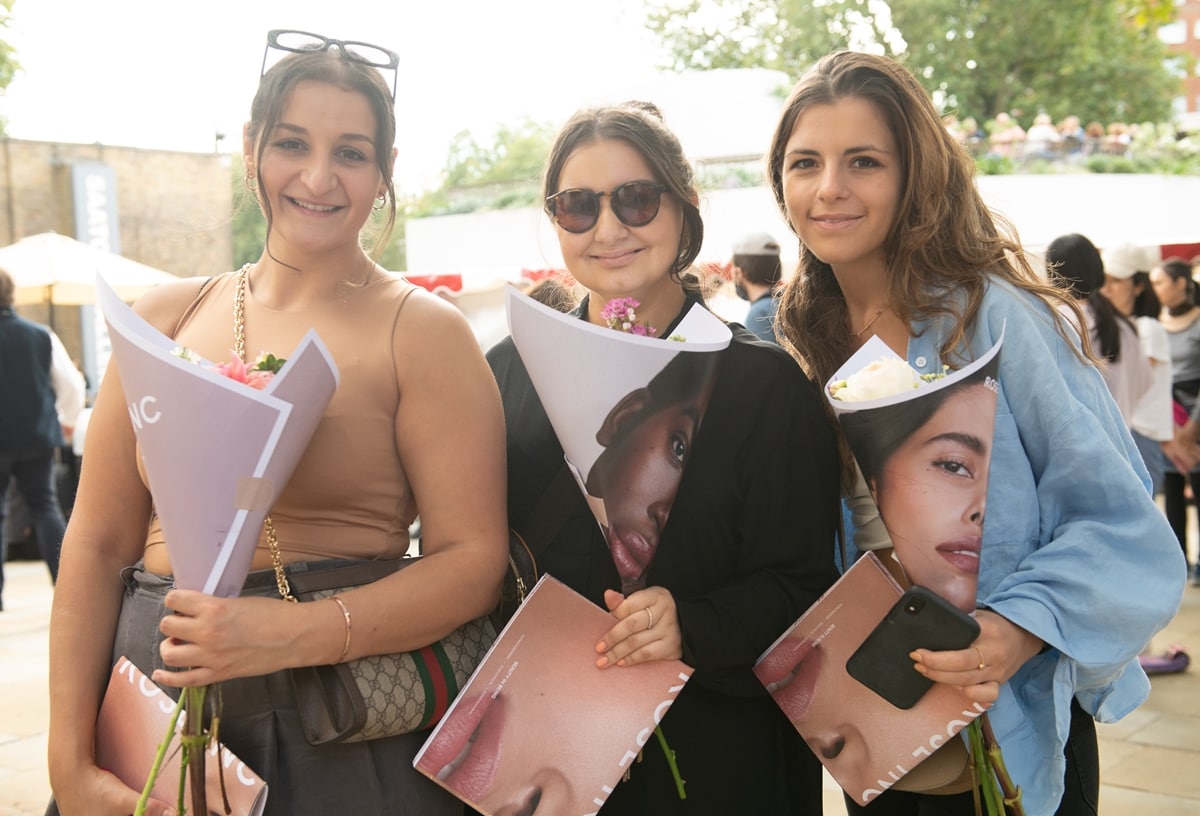 Visitors pose with their free flowers at a pop-up flower stall for Rose Inc, the make-up and skincare range of model/actress Rosie Huntington-Whiteley, to coincide with the placement of Rose Inc products at Space NK’s nearby store on King’s Road in Chelsea, London, on September 11, 2021 (Credit: WENN / Avalon)

Currently undergoing an image overhaul, Victoria’s Secret is saying goodbye to Angels. Instead of attractive models, the company will be represented by a group of seven women who will serve as ambassadors and brand advisors. 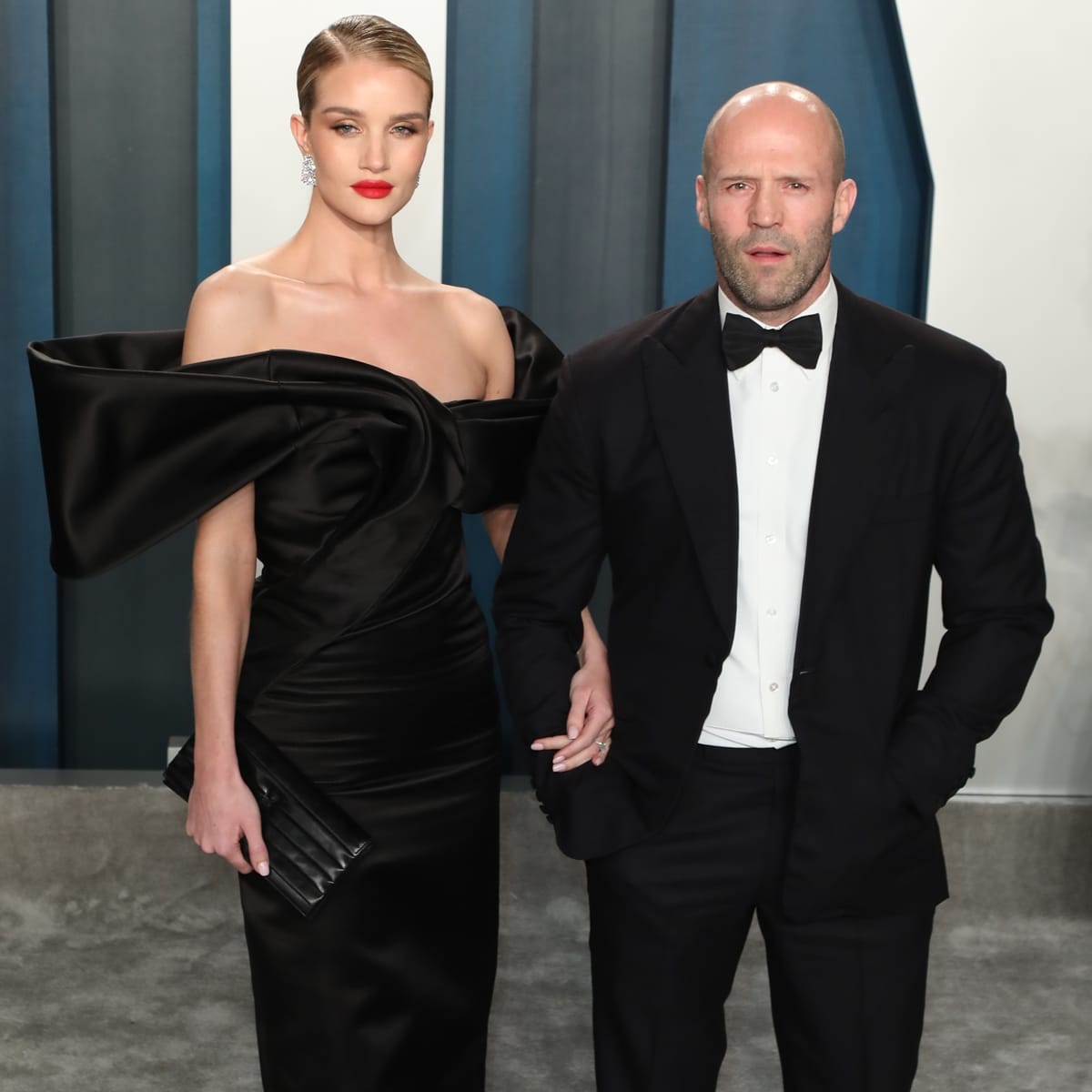 In a relationship since 2010 and engaged since 2016, Rosie Huntington Whiteley and Jason Statham announced their second pregnancy on August 20, 2021 (Credit: Sheri Determan / WENN)

“Taaa daahhh !! #round2,” she captioned photos on Instagram on August 20, 2021, to announce her second pregnancy.

Working out is important, but so is the recovery process. If you don’t believe us, just ask Rosie Huntington-Whiteley. 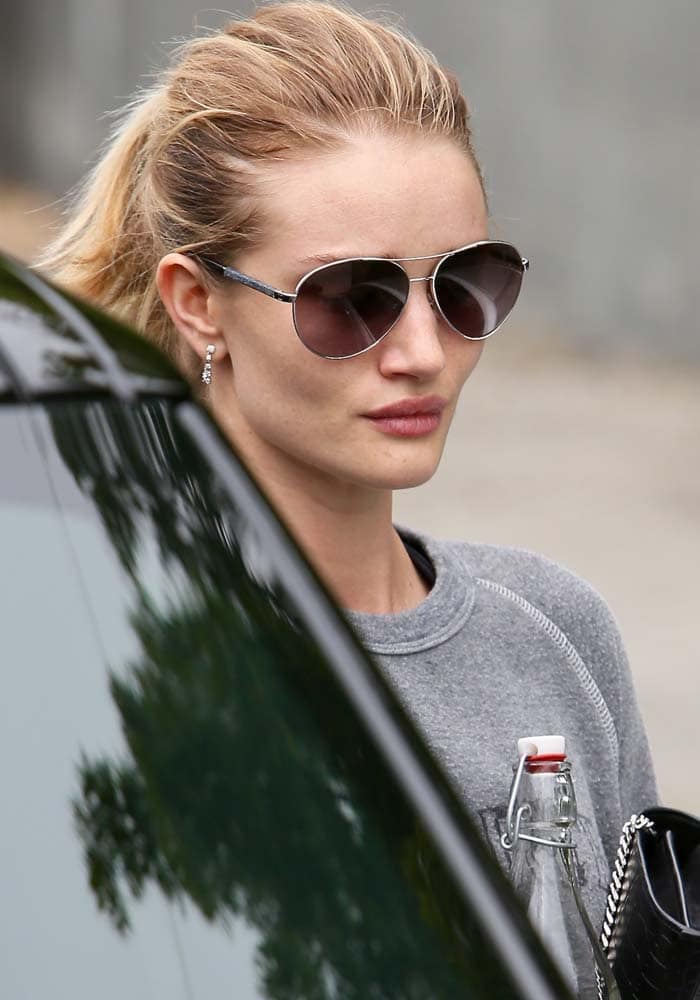 Rosie Huntington-Whiteley keeps her hair up as she leaves a Los Angeles gym on March 21, 2016 (Credit: Michael Wright / WENN)

In March 2016, the former Victoria’s Secret model uploaded a photo of her post-workout stretch after one of her usual grueling Body by Simone workouts in Los Angeles.

Rosie wore a gray sweatshirt by Rodarte, which she paired with Nike compression leggings and the Nike Free “4.0 Flyknit” running shoes in light blue. 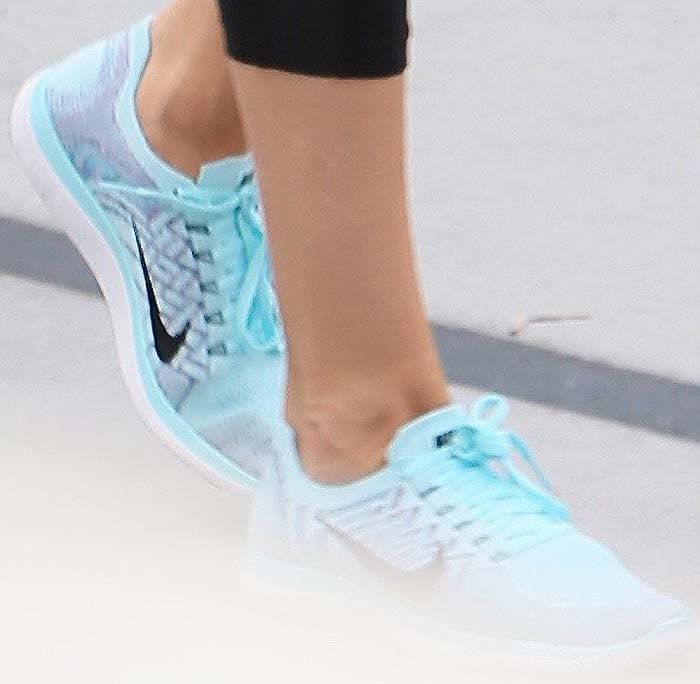 The model also wore earrings by American jewelry designer Anita Ko, sunglasses by Burberry, and a ring by Neil Lane. 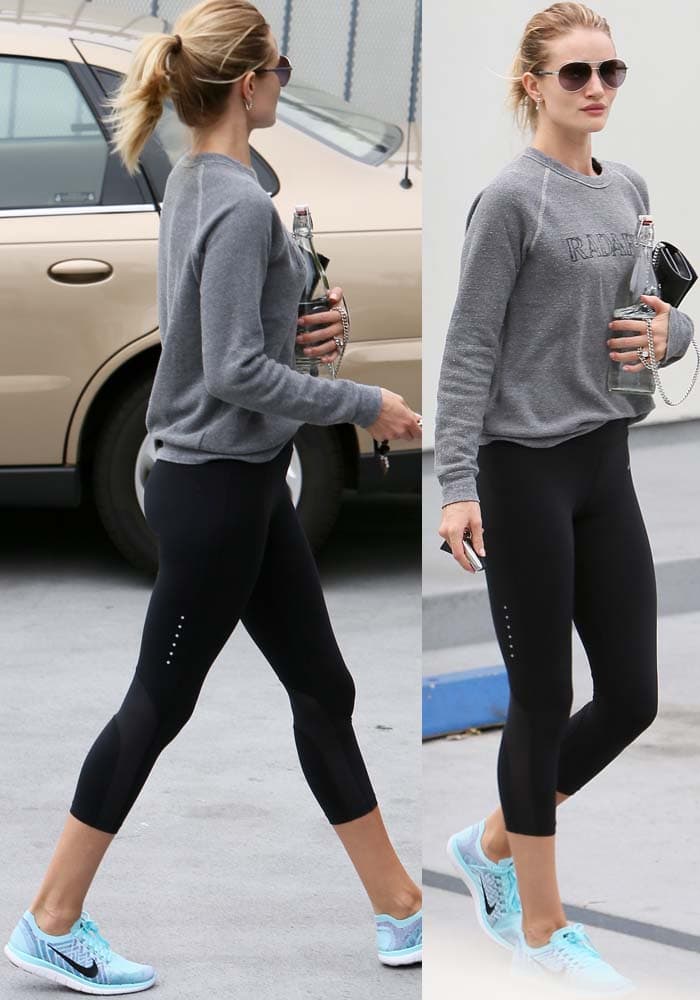 As it turns out, stretching after a workout helps elongate the muscles to keep from bulky toning. But of course, we probably need to be born with Rosie’s killer genes to get her Victoria’s Secret body.

Check out her post-workout stretch below: 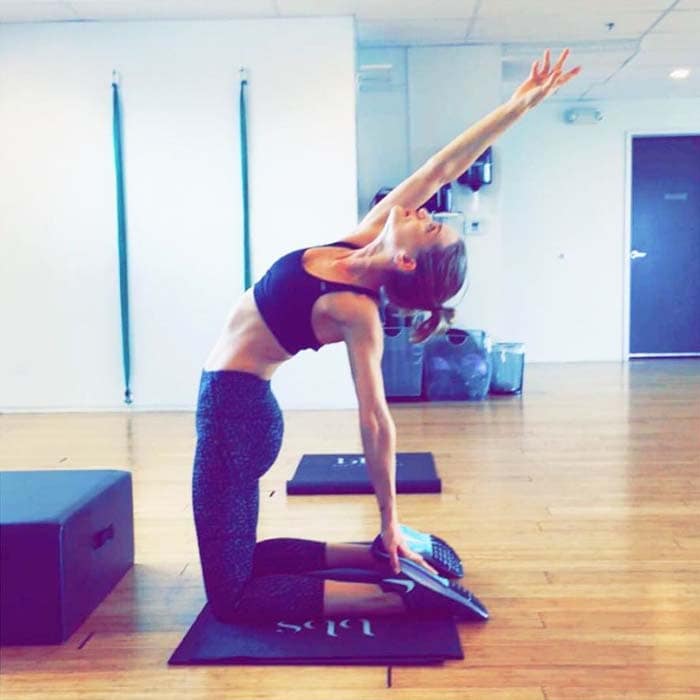 You can order Rosie’s cool-colored workout shoes from Nike at Zappos and Nordstrom.

Jennifer Lawrence Showed Off Her Baby Bump in a Minidress

The Joy is in Capturing the Journey