Why Zoe Kravitz Will Portray Catwoman in The Batman


In October 2019, it was announced that Zoë Isabella Kravitz will portray Selina Kyle / Catwoman in director Matt Reeves’ The Batman, which is scheduled for release on March 4, 2022. 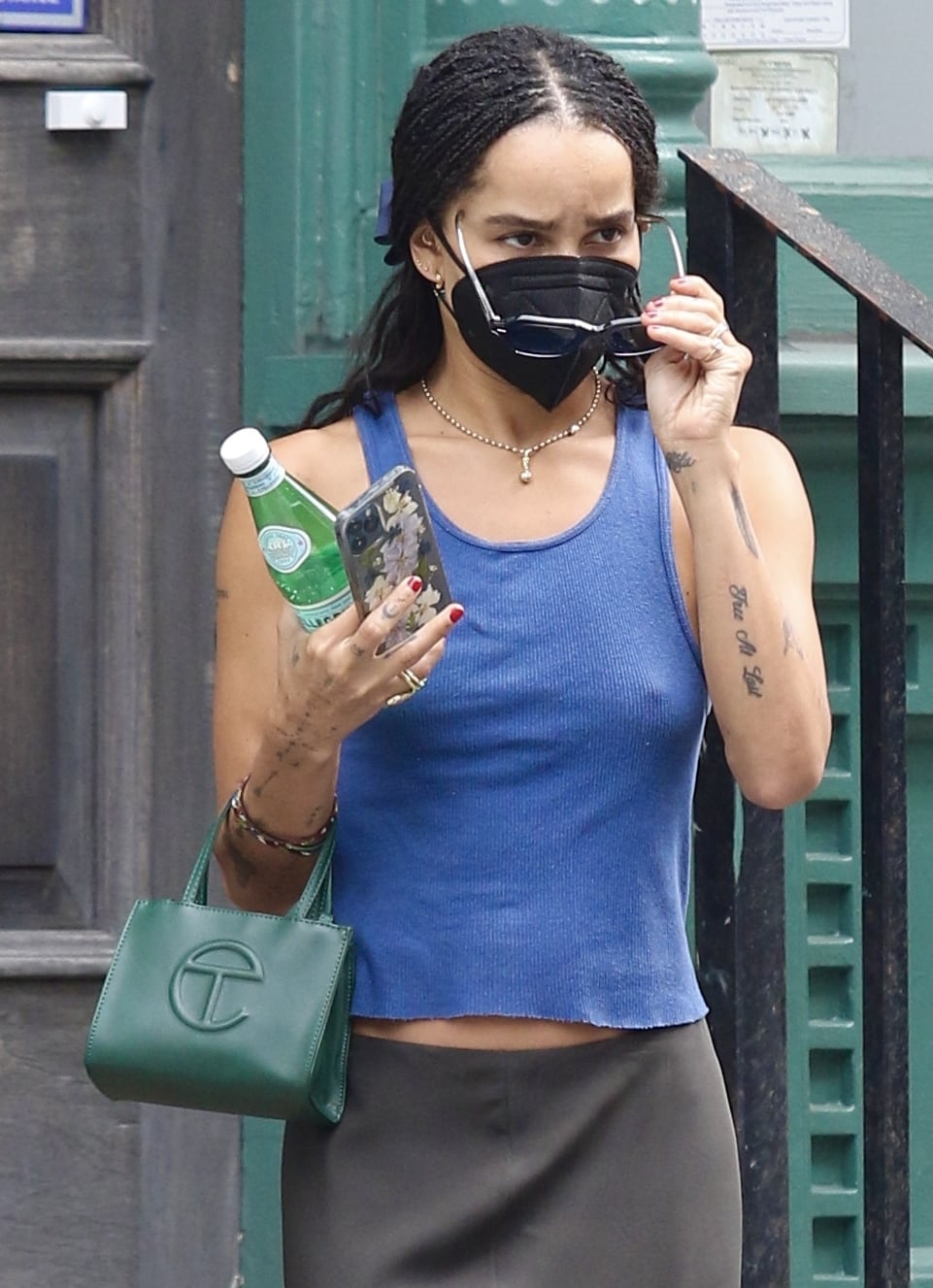 Michelle Pfeiffer portrayed the character in Tim Burton’s 1992 American superhero film Batman Returns, while Halle Berry made a lot of money playing Catwoman in the 2003 box office bomb of the same name. Anne Hathaway also got a chance to play the superhero in Christopher Nolan’s The Dark Knight Rises.

“I think Catwoman, Selina Kyle represents really strong femininity, and I’m excited to dive into that,” Zoe said in January 2020 about taking on the role of Catwoman in The Batman during the Winter Television Critics Association Press Tour.

“I think femininity represents power, and I think it’s a different kind of power than masculine power. That’s something that’s really interesting about Batman and Catwoman. I think Batman represents a very kind of masculine power, and Catwoman represents very feminine power — slightly more complicated, and softer, too. I like the idea that you can be soft, you can be gentle and still be very powerful and still be very dangerous,” she added.

“I’ve never worked with him before, but we’ve been together for the last few weeks, I had to camera test with him and now we’ve been training together and rehearsing together and he’s just a delightful person and such a wonderful, thoughtful actor,” Zoe told Variety about Robert Pattinson, who will portray Bruce Wayne / Batman. 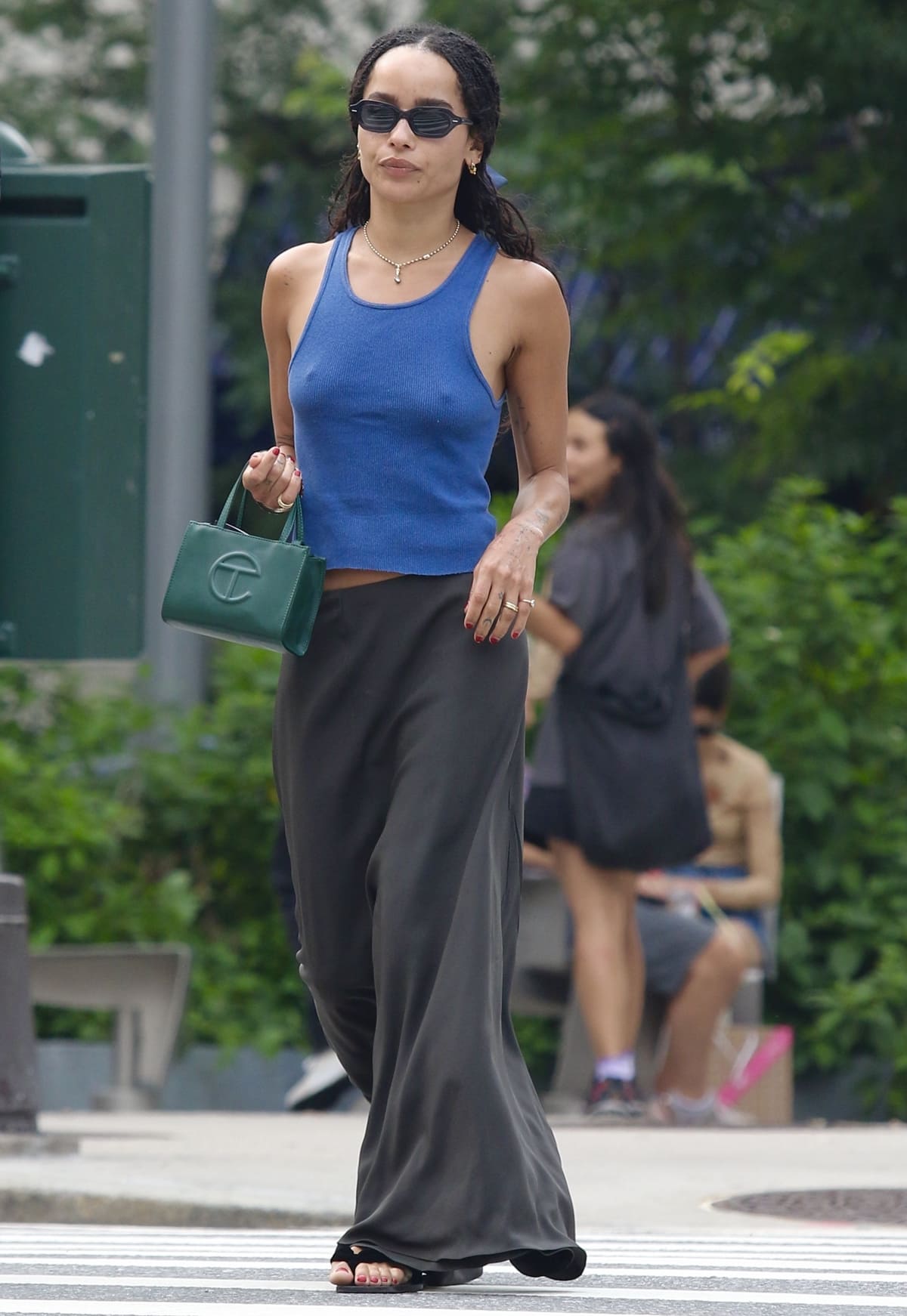 In March 2016, Zoe Kravitz decided to wear an absolutely atrocious outfit to the premiere of her latest film “Allegiant,” which was held at the AMC Loews Lincoln Square 13 Theater in New York City. 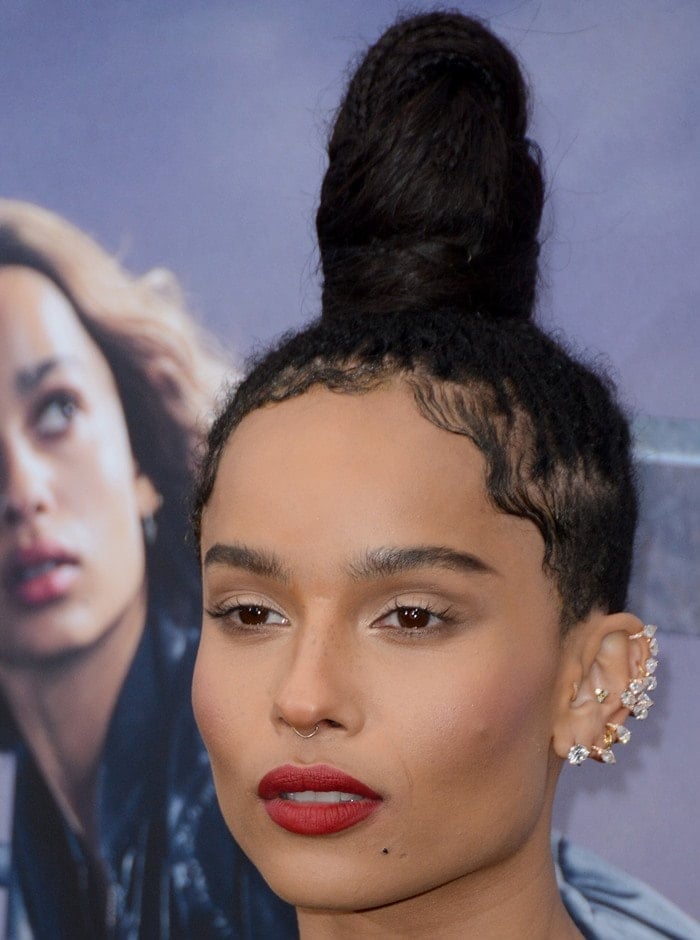 Zoe Kravitz wears her dark hair up at the premiere of her latest film “Allegiant” held on March 14, 2016, at the AMC Loews Lincoln Square 13 Theater in New York City (Credit: Ivan Nikolov / WENN)

The then 27-year-old American actress, singer, and model donned a sheer fishnet-lined dress paired with a black strapless romper from the Valentino Spring 2016 Collection.

The fishnet dress featured fringe that started at her collarbone and draped down over her bust. 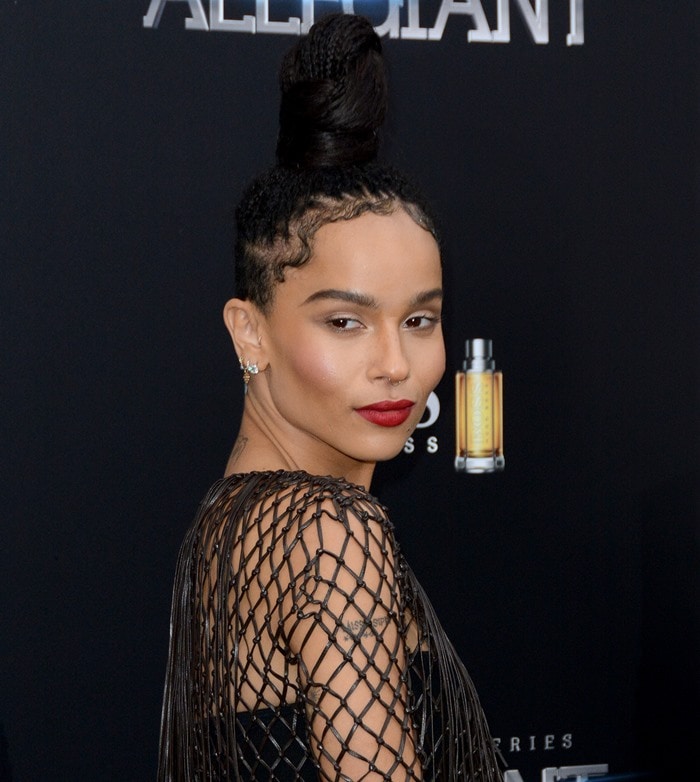 Lenny Kravitz’s daughter completed her head-turning ensemble with a pair of “Nudist” sandals by Stuart Weitzman, available at Nordstrom and Shopbop. 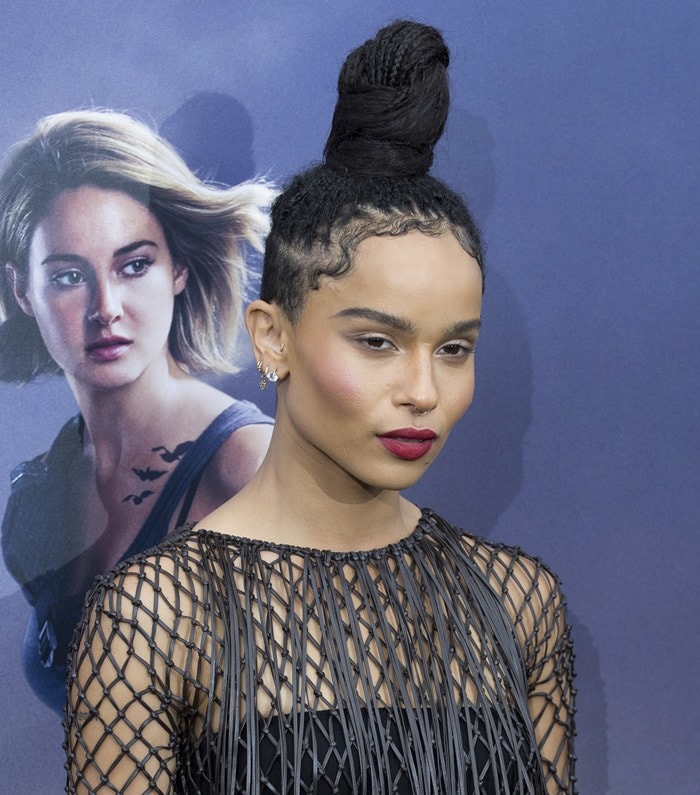 She was joined at the event by her co-stars Jonny Weston and Keiynan Lonsdale. 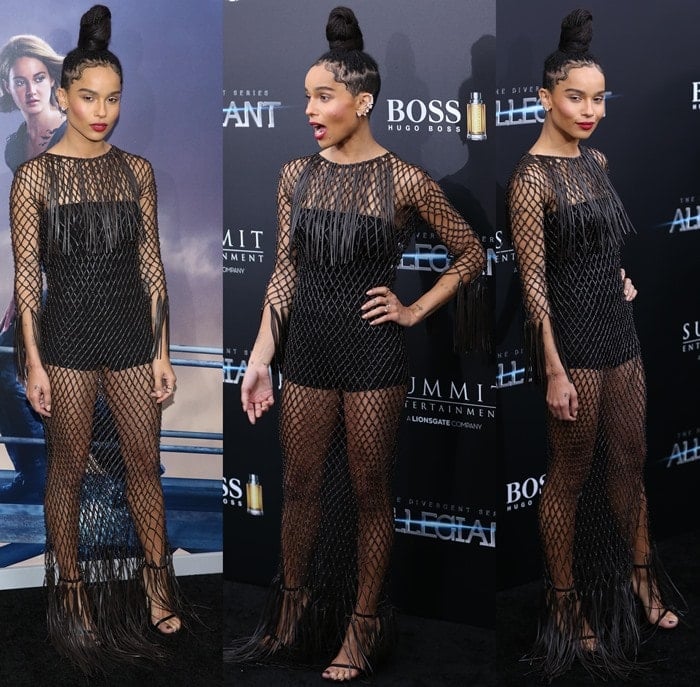 Do you think she nailed this look or was her ensemble a monstrosity? 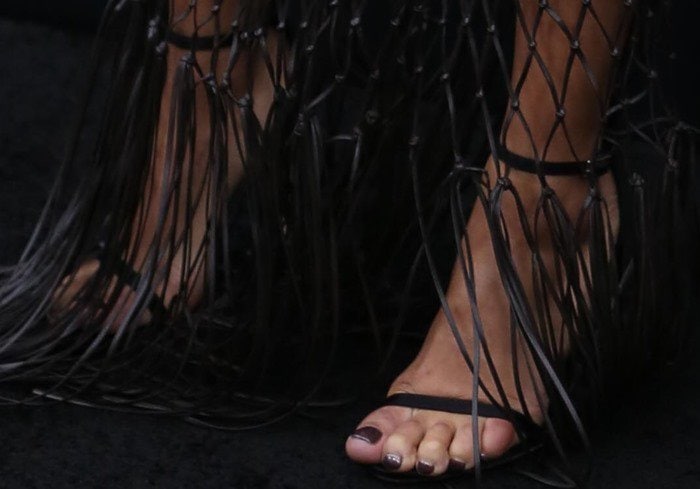 Kendall Jenner Wore the Boot Trend That's Due For a Comeback